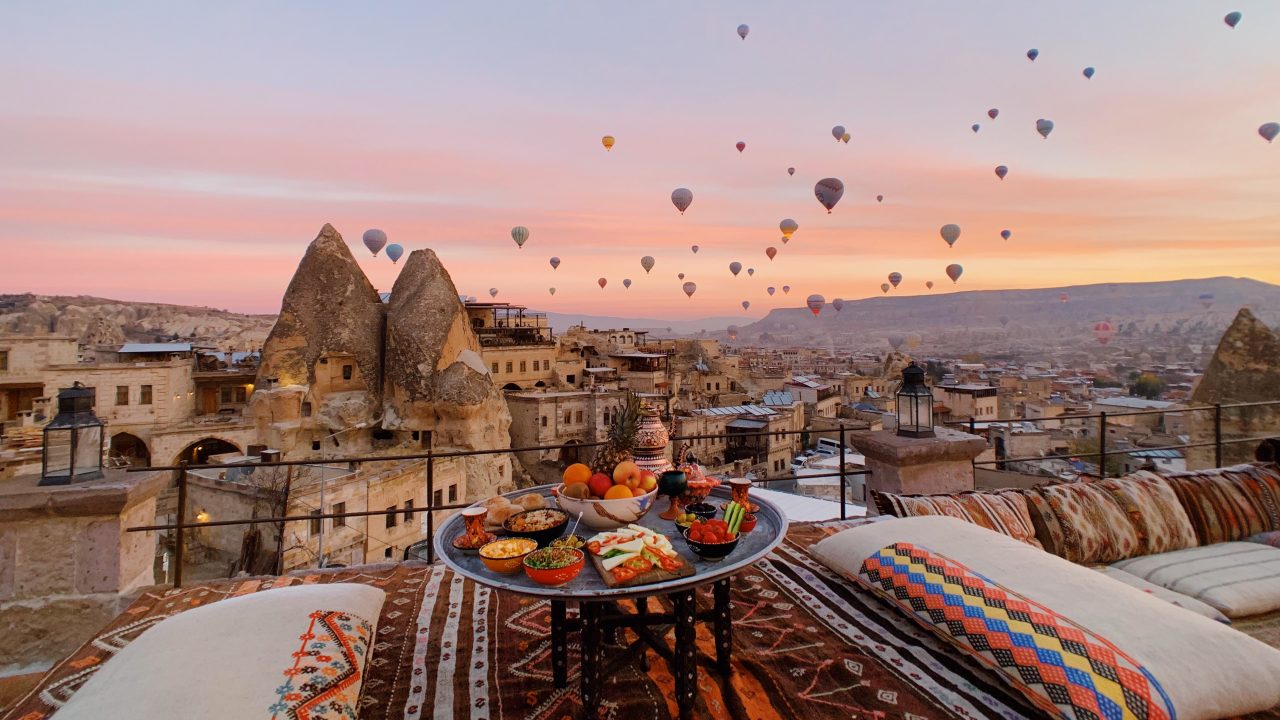 Hotels in Turkey’s popular southern Mediterranean coastal city of Antalya are ready to reopen after Moscow announced it was lifting flight restrictions to Turkey. Tourism representatives are hoping that their sector – a key component of the Turkish economy – can now recover some of its losses. Optimism abounds, as many have stated that the high demand from Russia is being followed by European countries that one by one are removing Turkey from their list of high-COVID-19 risk countries.

According to tourism professionals, Turkey has outperformed its rivals with regards to, for example, German vacationers, most of whom prefer the country’s touristic hot spots instead of its main competitors such as Greece and Spain.

“Antalya is clearly ahead,” they say.

“We have been closed for about 20 months. We were quite pleased by the lifting of the flight restrictions by Russia,” said Murat Özbalat, general manager of the Ananas Hotel in the resort town of Alanya. Russians make up about 80% of his guests, he said. “The additional gradual lifting of restrictions from Europe gives us hope for the remainder of the 2021 season.”

According to Anex Tour Europe General Manager Murat Kızılsaç, who says that Turkey is ahead of its competitors, the country will host more than 2 million tourists from Germany this year, if nothing goes wrong.

“Turkey is number one for Germans. Reservations even surpassed Spain,” he said.

Kızılsaç noted that there is a strong demand for Turkey in Hungary and that 2019 figures can be caught in this market if there is no problem as well.

German Renata Malzahn, vacationing in the resort town of Side, known for its ancient ruins overlooking the beach, said she was well aware Turkey needs visitors.

“I think the easing of travel restrictions to Turkey was long overdue,” she said after getting a traditional scrub and bath at her hotel’s Turkish hammam.

“If you ease (travel) restrictions with regard to other countries … you should not exclude Turkey,” Malzahn said.

While many Turkish businesses suffered during the pandemic, tourism has been clobbered: In 2019, it brought in $34.5 billion and nearly 52 million visitors. In 2020, visitors dropped 69% and revenues fell to about $12 billion, according to the tourism ministry.

“We are talking about a … sector that has been sitting idle for a year,” said Hamit Kuk of the Turkish Travel Agencies Association (TÜRSAB). “There is a loss of more than $20 billion.”

Turkey relies on tourism revenues for its foreign currency needs, at a time when it’s been hit by double-digit inflation and a sinking currency exacerbated by the pandemic.

“We will ensure that tourism professionals can utilize at least the second half of the 2021 season,” he said Saturday, inaugurating a hotel in Antalya. “We aim to get a much bigger share of the tourism pie” along with recouping losses.

A spring COVID-19 spike in Turkey, when daily infections hit a record high of 63,000, drew travel warnings. The U.K. and France put Turkey on their red lists, requiring returning tourists to quarantine, and Russia suspended flights in April.

With an aim of not missing another season, tourism workers in the country got priority in receiving vaccinations.

With daily infections down to a seven-day average of 5,645, some countries reassessed their travel warnings this month. France and Germany have removed Turkey from the high-risk list and on Tuesday Russia resumed flights – with Turkish TV stations providing live coverage of the first Russians landing.

The industry is hoping that the U.K., Turkey’s third-largest tourism market, will also remove the country from its red list.

Turkey’s civil aviation updated its requirements on June 21, saying a negative PCR test within 72 hours of arrival would be required for travelers who have not been fully vaccinated or cannot show proof of recovery from COVID-19.

Jens Brauer, another German tourist, said he feels safe in Turkey. “They are doing a lot (in terms of safety measures) in the hotel, notably keeping safe distances, wearing masks,” he said.

previousEurope on High Alert due to ‘Delta’ Variant Spread