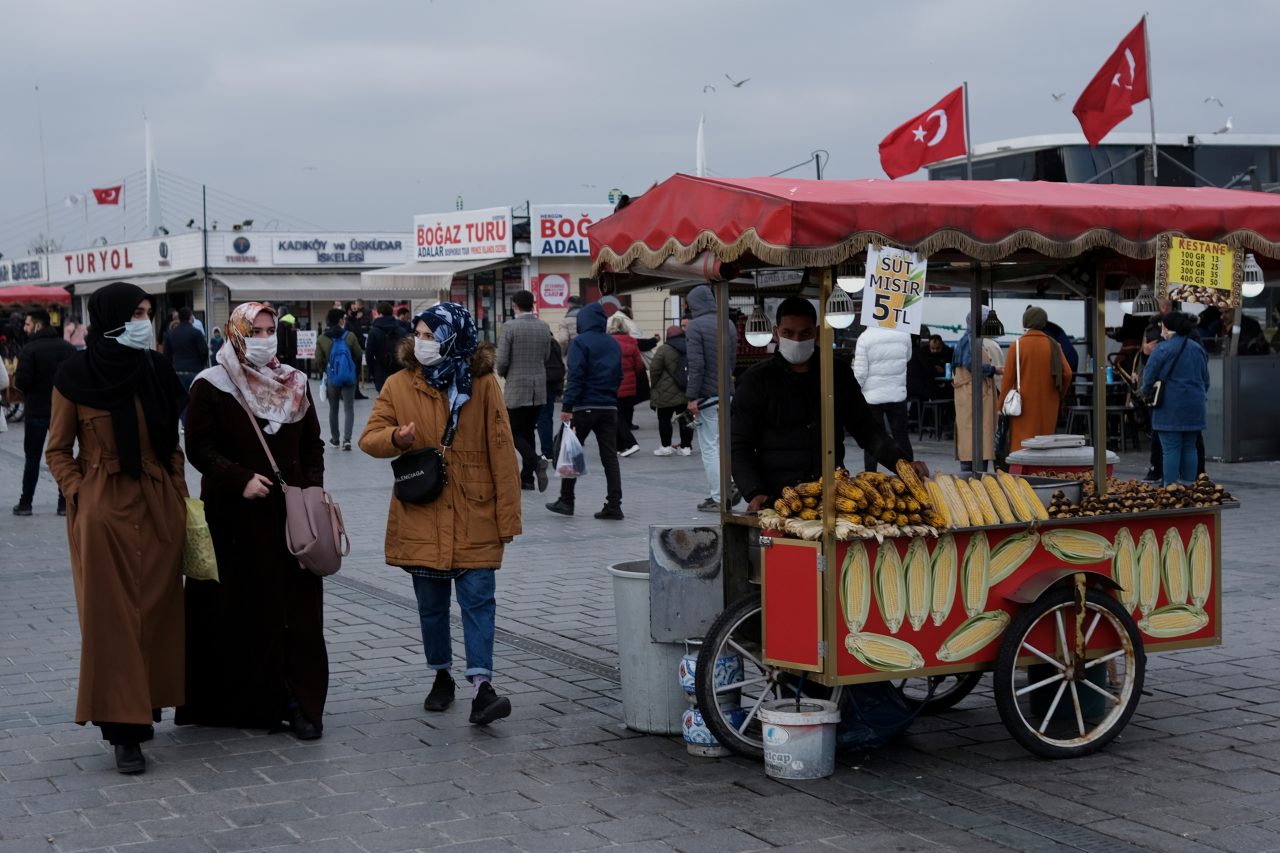 Health Minister Fahrettin Koca revealed late Wednesday that Turkey is scrapping the outdoor mask requirement as the COVID-19 pandemic eases thanks to the country’s vaccination efforts.

Outlining the new measures at a press conference, Koca said that masks will no longer be mandatory indoors “if ventilation is adequate” but added that they are still crucial in certain environments, such as around immunocompromised people or those with diseases that can make a COVID-19 infection lethal.

Venues will no longer require people to scan their HES QR code on entry, Koca said, referring to the Hayat Eve Sığar (Life Fits Into Home) app developed by the Health Ministry that creates a QR code based on personal health records. “COVID-19 tests will not be required for those without symptoms,” he added.

Koca also said that only 8% of people who tested positive for COVID-19 and died last month had no other diseases, adding that the “remaining 92% were diagnosed with other illnesses earlier.”

The Health Ministry on Monday released figures related to the weekly incidence of COVID-19 in Turkey’s 81 provinces for the week between Feb. 12 and Feb. 18. The figures show a relative decline in cases per 100,000 people. Istanbul, the most populous city, reported just 617 cases per 100,000 while this number was around 1,216 for the capital Ankara and about 776 for the third-largest city Izmir.

Istanbul had 717 cases in the first week of February while Ankara and Izmir had 1,323 and 1,017 cases, respectively.

Turkey was challenged by the omicron variant, which has contributed to a steep rise in the number of daily cases since January. After breaking daily records last month, the country appears to be easing into a new phase in the pandemic, with a decline in daily cases. On Sunday, daily cases dropped to around 69,000, a far cry from more than 111,000 in early February. A decline in the cases was expected due to the increasing vaccination rate and growing mass immunity. Experts predict that case numbers will further decrease later this month. The high numbers earlier were attributed to a midterm holiday break for schools that saw higher mobility between and within cities.