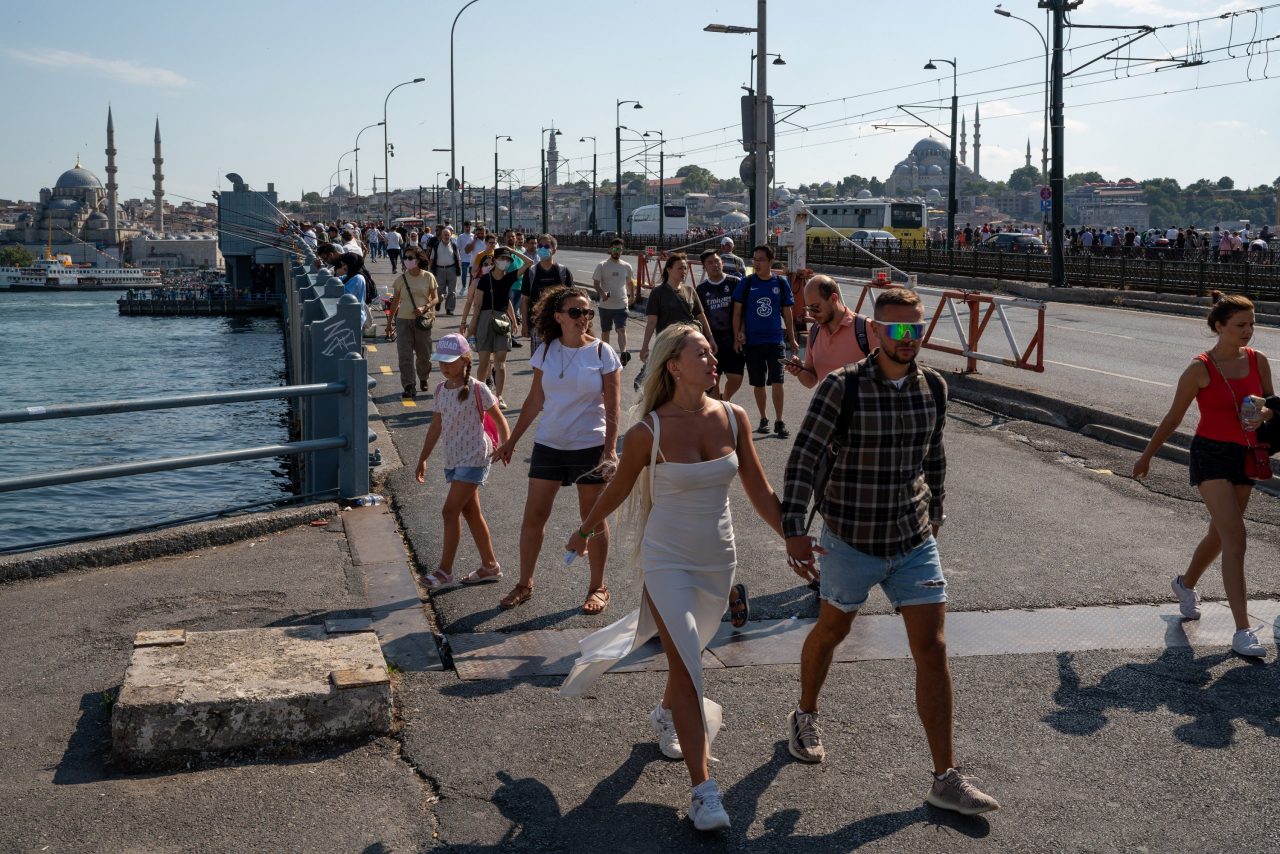 Istanbul welcomed nearly 1.76 million foreign tourists last month, according to the provincial culture and tourism directorate data. The figure surged 56% compared to 1.1 million who arrived in the same month a year ago.

Some 1.7 million arrived by air and 28,827 by sea, the data showed. Compared to the same period last year, the number of arrivals by air shot up by over half, while those arriving by sea skyrocketed by nearly 900%.

Istanbul also welcomed nearly 40% of all foreign visitors in the country, or 8.5 million, in the first seven months of the year, the data showed.

Türkiye itself attracted over 23 million foreign visitors from January through July, surging 128% annually, said the official data, paving the way for $37 billion in tourism revenues sought by the government.

The arrivals have been mainly backed by Russian visitors who opted for Türkiye due to flight restrictions applied by Western countries after Russia’s invasion of Ukraine. The numbers of German and British visitors also rose strongly.

Istanbul hosted some one-third of the total visitors who visited the country in the first seven months of the year.

This April-June, Türkiye’s tourism revenues surged 190% from a year earlier to $8.72 billion, said data from the Turkish Statistical Institute (TurkStat).

Tourism revenues are vital to Türkiye’s economy as the government’s economic plan focuses on expanding the current account surplus to tackle high inflation and interest rates.

The government raised its year-end targets last month to 47 million tourists and $37 billion in revenues, up from its earlier targets of 45 million arrivals and $35 billion in income.

The number of foreign visitors soared 94.1% to 24.71 million last year when COVID-19 measures were eased compared to 2020. Tourism revenues doubled to almost $25 billion, recovering from the worst of the COVID-19 impact, but remaining well below the level recorded in 2019.

Russians and Ukrainians were the country’s first and third biggest sources of visitors, respectively, in 2021. Russians accounted for 19% of foreign visitors, with 4.7 million people, while Ukraine was the third-largest at 8.3%, with 2.1 million people.

Officials had hoped tourism this year could replicate or exceed the numbers from 2019, when some 52 million visitors – including about 7 million Russians and 1.6 million Ukrainians – brought in $34 billion in revenue.

previousAlmost half of Malta's tourists opting for four-star hotels