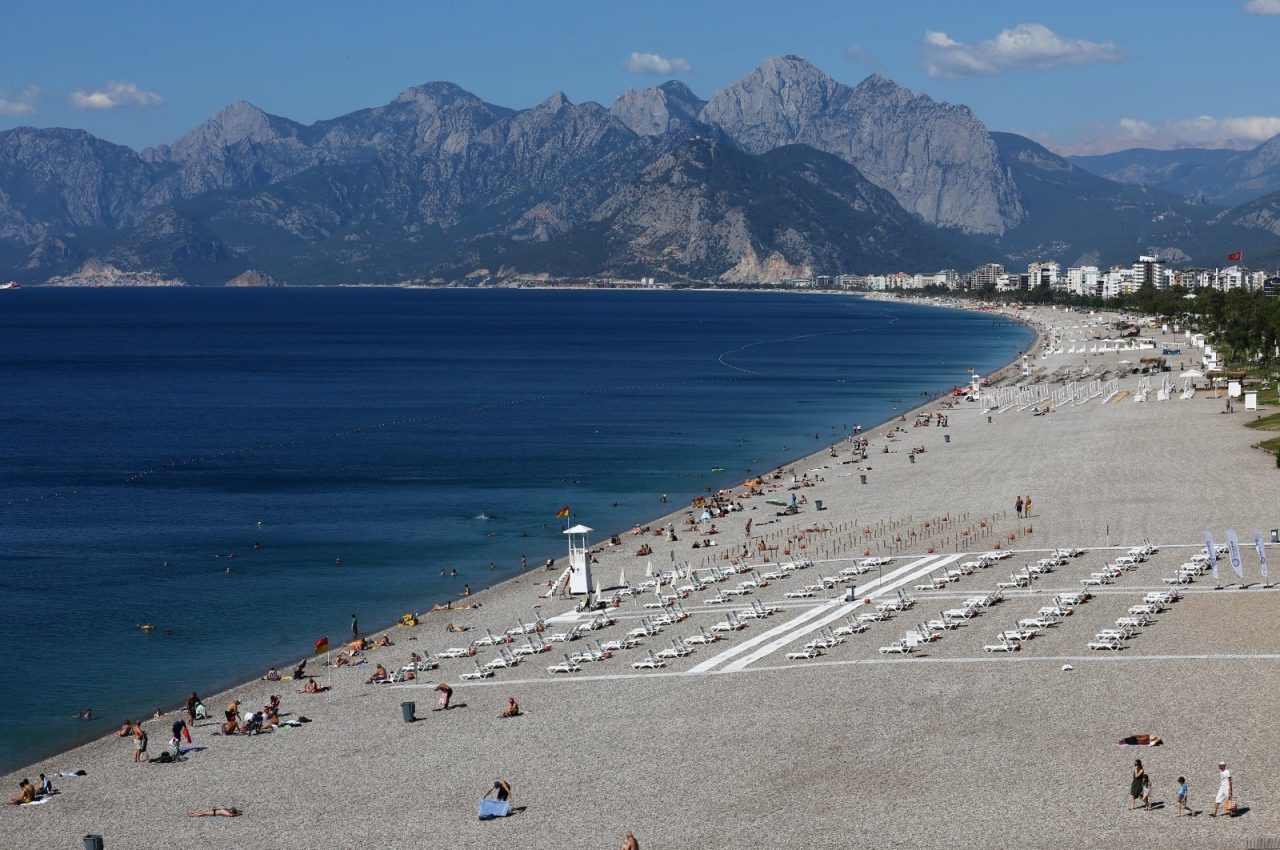 The flow of tourism is set to accelerate in Turkey’s cities and coastal resorts during the Ramadan Bayram, also known as Eid al-Fıtr, said Müberra Eresin, head of the Turkish Hoteliers Association (TÜROB), on Sunday.

City hotels in places like Istanbul, the Black Sea province of Trabzon and the northwestern Yalova and Bursa provinces will be packed with foreign tourists during the Ramadan Bayram period, Eresin said, noting that they expect to see high movement in terms of both domestic and foreign tourists.

Eresin told Anadolu Agency (AA) that they started the year optimistic that the high occupancy rate, which reached 70% in the last quarter of 2021, would continue in the first three months of this year, adding that even though the war between Ukraine and Russia is a negative development, the association has optimistic expectations when it comes to other markets.

Highlighting the positive reactions and high demand witnessed at the fairs attended this year, Eresin said, “We have seen how important Turkey is for foreign tourism professionals and therefore holidaymakers.”

“We hope to see positive results from the second half of the year,” she added.

Eresin emphasized that there are positive signs in the American and European markets.

She said that Turkey expects nearly 2 million tourists from Iran this year since the flow of arrivals that started with the Nowruz holiday is set to continue.

“The current vitality in the Middle East market continues. Our loss in the tourism markets of Russia and Ukraine is comparable to other markets,” she said.

Russia and Ukraine are both major tourist sources for Turkey.

Noting that all destinations in Turkey, especially Istanbul, the Mediterranean coastal city of Antalya, Muğla and Izmir on the Aegean coast and famed Cappadocia in central Turkey stand out in terms of demand, Eresin said that touristic businesses will soon start to open up again and markers will go upward in the sector.

“We are hopeful to reach pre-pandemic figures this season, despite the possible risks of tensions between Russia and Ukraine. We expect a stronger picture in the second half of the year in city hotels,” she said.

Stating that they are likely to match the 2019 levels monthly, if not yearly, starting from the second half of 2022, Eresin noted that the expected income of $34.5 billion from tourism can be reached.

The TÜROB head also warned consumers to be cautious of “extraordinarily low-priced package tours or hotel prices,” explaining that scammers set up websites that are exact copies of hotels’ websites, using search engines and social media ads to prompt citizens to turn to them.

She noted that when planning a holiday, it is necessary to check that these sites are real and reliable. Eresin advises consumers to “confirm that their reservations are made at the hotel after purchasing a holiday through online sites.”

“Another method we recommend is to make a direct reservation with the accommodation facility. Many hotels offer the best prices on their website. Therefore, if the hotel they want and choose is a known one, they can directly book it. They can make reservations in person from the webpages of the hotels,” she explained.

Eresin went on to say that the sector marked Tourism Week, which is celebrated every year on April 15-22, with a bit of sadness, a bit of anxiety, but always a bit of hope over the last two years amid the pandemic.

However, public awareness and vaccination efforts are starting to promise a brighter future, she said.

Emphasizing that those in the sector play an important role in the expansion of the country’s economy, tourism infrastructure and employment, Eresin said, “As TÜROB, I would like to emphasize that we are very happy to have laid the pioneering foundations together that increase the competitiveness of Turkish tourism and make this power sustainable.”

Today, the total cost of tourism investments in Turkey has reached approximately $90 billion and the number of people in employment has increased to approximately 1.5 million despite the crisis.

The tourism sector, which directly affects 54 other sectors, has become one of the locomotive sectors of the economy, she said.