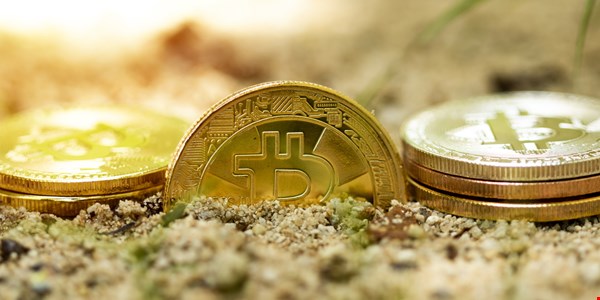 Bitcoin fell more than four percent on Friday after Turkey’s central bank banned the use of cryptocurrencies to pay for goods and services.

Bitcoin tumbled more than four percent on Friday after Turkey’s central bank banned the use of cryptocurrencies and crypto assets for purchases, citing possible “irreparable” damage and transaction risks.

In legislation published in the Official Gazette, the central bank said cryptocurrencies and other digital assets based on distributed ledger technology could not be used, directly or indirectly, to pay for goods and services.

The decision could stall Turkey’s crypto market, which has gained momentum in recent months as investors joined the global rally in Bitcoin, seeking to hedge against lira depreciation and inflation that topped 16 percent last month.

Bitcoin was down 4.6 percent at $60,333 at 11:17 GMT after the ban, which was criticised by Turkey’s main opposition party. Smaller coins Ethereum and XRP, which tend to move in tandem with Bitcoin, fell between 6 and12 percent.

In a statement, the central bank said crypto assets were “neither subject to any regulation and supervision mechanisms nor a central regulatory authority”, among other security risks”.

“Payment service providers will not be able to develop business models in a way that crypto assets are used directly or indirectly in the provision of payment services and electronic money issuance” and will not provide any services, it said.

“Their use in payments may cause non-recoverable losses for the parties to the transactions … and include elements that may undermine the confidence in methods and instruments used currently in payments,” the central bank added.

This week Royal Motors, which distributes Rolls-Royce and Lotus cars in Turkey, became the first business in the country to accept payments in cryptocurrencies.

Cryptocurrencies remain little-used for commerce even as they become increasingly mainstream global assets, although companies including Tesla Inc and travel site Expedia Group Inc do accept such payments.

Tough regulatory clampdowns on cryptocurrencies by major economies have been relatively rare, with most seeking to clarify rules rather than prevent usage. Traders say such bans are hard to enforce, and crypto markets have in the past shrugged off such moves.

The legislation goes into effect on April 30th.

Crypto trading volumes in Turkey hit 218 billion lira ($27bn) from early February to 24 March, up from just over 7 billion lira in the same period a year earlier, according to data from United States researcher Chainalysis analysed by Reuters.

Trading spiked in the days after Erdogan replaced the bank governor, sending the lira down as much as 15 percent.

“Any authority which starts regulating [the market] with a ban will end up frustrated [since this] encourages fintech startups to move abroad,” said economist Ugur Gurses.

In what would be one of the world’s strictest policies, India will propose a ban on cryptocurrencies and fines on those trading or holding the assets. China banned such trading in 2017, slamming the brakes on a freewheeling emerging crypto industry.

“Headlines like this at this point tend to send a bolt across the bows,” said Joseph Edwards, head of research at crypto brokerage Enigma Securities in London, while noting that similar regulatory moves in Nigeria and India “didn’t even move the needle”.

“It is much easier to choose to ban than to make an effort to deal with this financial technology,” he told Ekoturk TV.

“This is a regulation that makes me concerned for my country.”