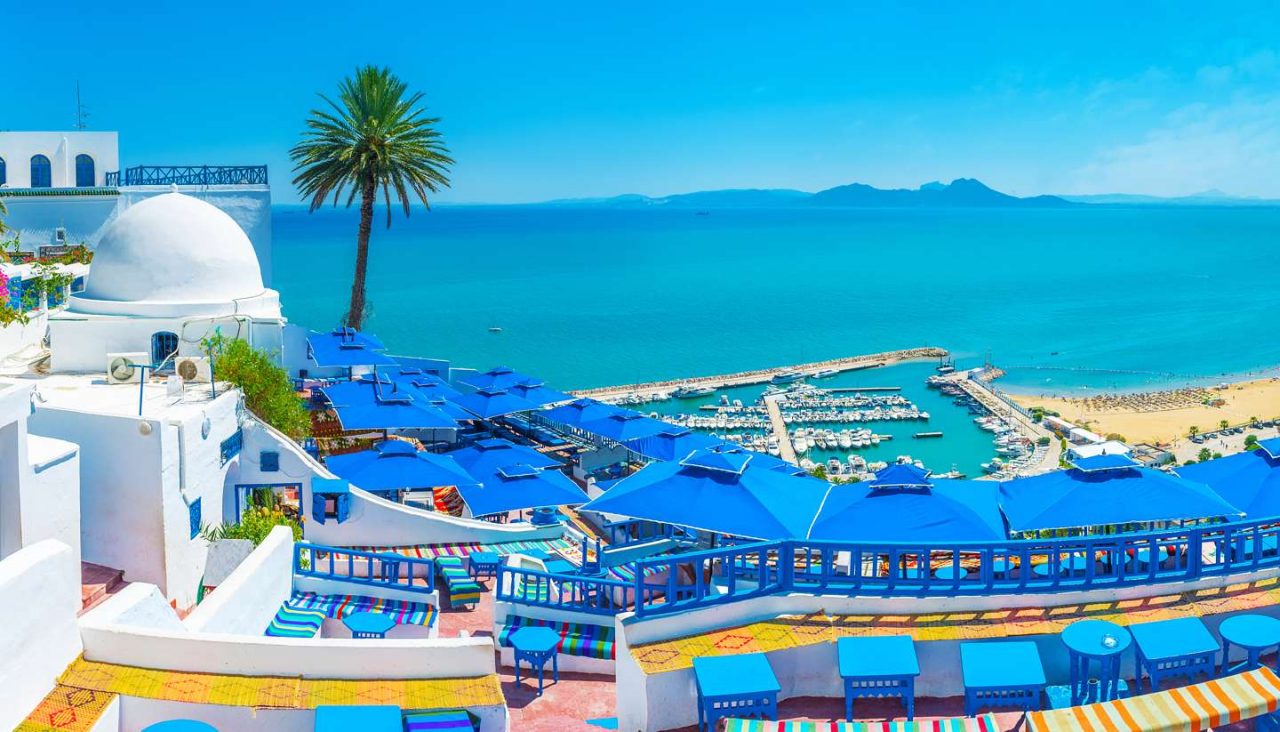 With its year-round warm weather, ample selection of monumental sights, paradisaical beaches, and rich culture, it should come as no surprise Tunisia’s popularity is rising dramatically in the post-pandemic scene. In fact, recent data show it is officially one of the most sought-after Mediterranean destinations for 2023.

Often overlooked in a region where Italy, Spain, France and the like are the most obvious picks, Tunisia has seen an unprecedented surge in flight bookings heading into the New Year. Amid the ongoing financial turmoil, which has greatly limited purchasing power, it’s clear travelers are looking for an alternative to the overpriced Southern Europe.

Lucky for them, Tunisia is not only cheaper to visit, but just as fascinating, and as steeped in History as other famous sunny spots in the basin:

Tunisia Is Experiencing Record Growth And We Can Easily See Why

Despite being almost exclusively associated with the European continent, the Mediterranean Sea meets the borders of several other Western Asian and North African countries, including Israel, Turkyie (Turkey), and even Syria. Located only 61 natucal miles south of the Italian island of Lampedusa, Tunisia is also part of that world.

As revealed by easyJet, a UK-based airline offering low-cost flights to Europe and beyond, demand for travel to Tunisia has risen the most out of any country on their map since 2019. While official stats have not been divulged, the airline confirmed Tunisia beats all major Med hubs to the number one position.

As a whole, North Africa’s Mediterranean coast has come out ahead of Europe’s and Western Asia’s. Vacation packages for Tunisia are the best-selling product on easyJet since the Big Orange Sale went live, with up to 20% off on some routes, closely followed by holiday offers for the neighboring nations of Egypt and Morocco.

In addition to easyJet’s report, the Tunisian National Tourist Office (ONTT) confirmed over 6.1 million foreigners had arrived in the country by December 20, 2022, compared to 2.3 million tourists in 2021. This translates into a 159 percent increase from the previous year’s figures, and a higher recovery rate than that of countless Mediterranean competitors.

Europeans still form a majority among visitors, but lately Americans have been growing increasingly more aware of Tunisia and its hidden wonders, especially after it dropped all travel requirements, reinstating normality after nearly three years of strict social curbs and welcoming U.S. passport holders regardless of immunization status.

The fact that Tunisia is now one of 142 countries travelers can enter restriction-free will boost Transatlantic tourism, and help ignite interest in this lesser-known destination, which has the potential to become America’s newest go-to Mediterranean getaway. Incredible weather, crowd-free beaches, cheap prices and amazing History: it does tick all the boxes.

In case you didn’t know already, the cost of living in Tunisia is remarkably low by U.S. standards. On average, expect to pay around USD $15.49 for meals in mid-range restaurants, USD $1.24 for local beer, and only USD $0.31 per 1 km riding taxis, not to mention seafront all-inclusive hotels with room rates as low as USD $557 per week (for two adults).

If it’s cultural expeditions you’re craving, or simply the perfect beach break, Tunisia is well-supplied with a sandy coast and crystal-clear waters, as well as beautiful ancient cities, Roman amphitheaters, medieval castles, and archaeological complexes dating back two millennia, such as Carthage, the legendary port now lying in ruins close to the modern capital of Tunis. Based on easyJet’s top travel trends, other Med destinations expecting to surge in popularity this year are the Greek islands, in particular the Dodecanese duo of Kos and Rhodes, Crete, Santorini and Zakynthos, the cross-continental behemoth that is Turkyie, and finally, the Balkan gems of Montenegro and Albania – the latter of which has gone viral on TikTok.

There are no direct flights to Tunis-Carthage leaving from the U.S., but American travelers can either book one-stop flights connecting in other European or North African airports, or travel low-cost to Tunisia after reaching Europe first. Canadians, on the other hand, have one nonstop route available from Montreal-Trudeau International. previousNew project to study impact of tourism on biodiversity in Spain

next‘Cholera may spread further in Syria if border crossing closed’