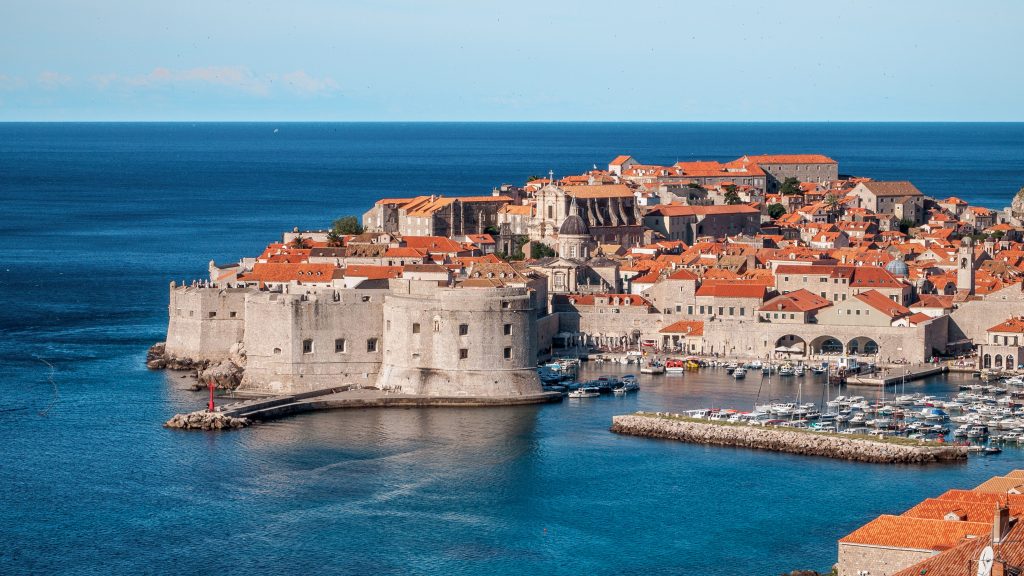 A city that never ceases to amaze one with its beauty, whether you’re visiting for the first or tenth time. Dubrovnik’s beauty is immeasurable, hence making it one of the most popular cities in Europe to visit at the moment.

It’s limestone streets, baroque buildings, it’s ancient city walls, and the Adriatic sea at its coast would make just absolutely anyone to walk around in a trance as if they were transported into another world. This city joined the UNESCO list of World Heritage sites in 1979. The interplay of light is something to marvel at, against the old stone buildings that stand. Despite the devastating shelling that took place in 1991, didn’t stop the city from bouncing back with immense vigour to transfix its visitors once again.

For any newcomer to the city, exploring the medieval city walls are a good starting point, offering breathtaking views all around! After a long day of exploring, grab yourself a cable car to enjoy the mesmerising sun setting over the Elafiti Islands. If you’re there during the summer months, whilst there, one must surely take a sip in the Adriatic sea or treat yourself to an ice-cream while keeping cool in the shade found in the Old Town streets.

Take a walk through the open-air Gruz Market for a look at Croatia’s juiciest fruits, to pick seasonal fruit and veg!