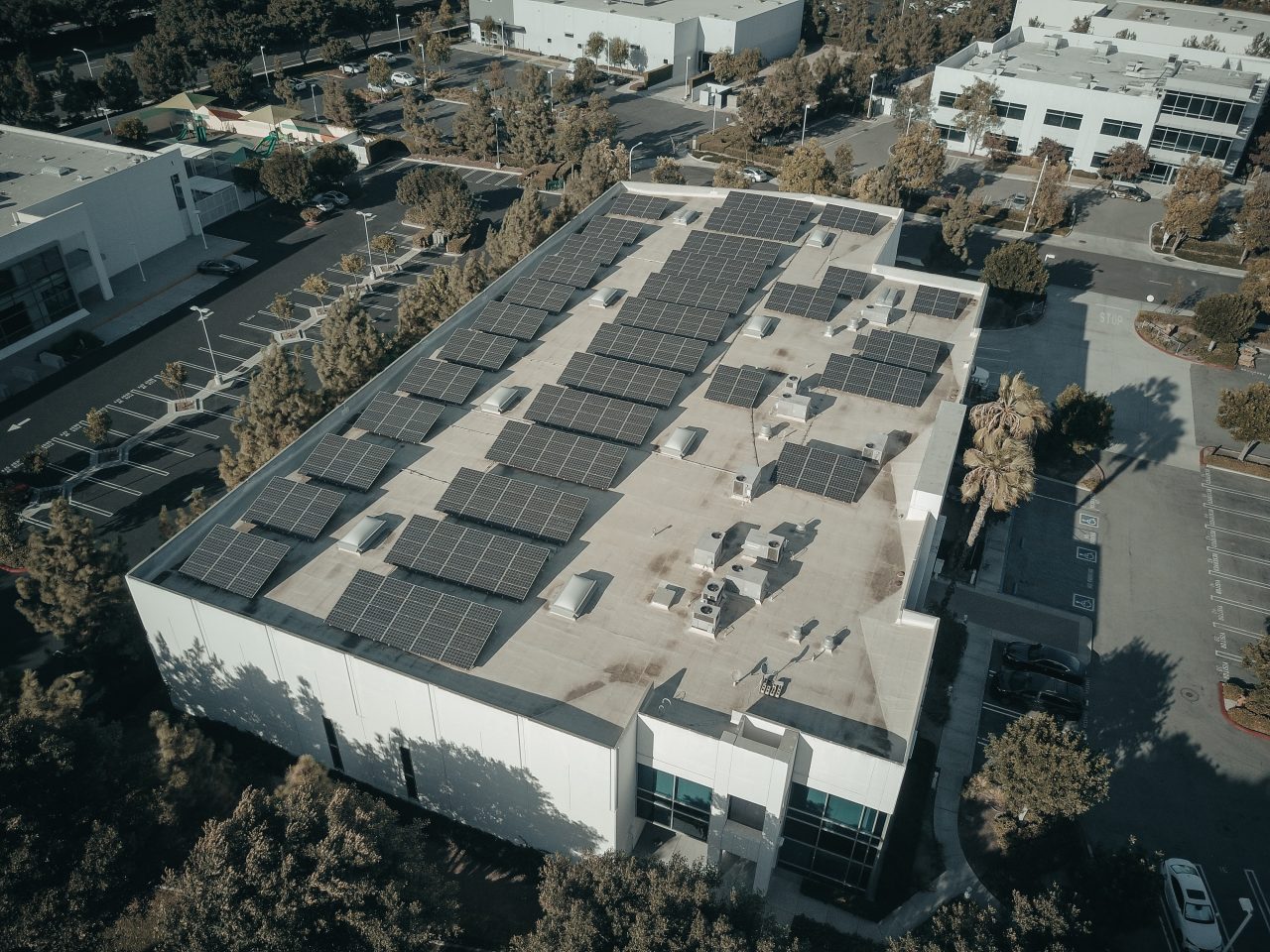 The proposed revision to the Energy Performance of Buildings Directive (EPBD) is part of the European Commission’s 2nd Fit for 55 package released in December 2021. The aim of the Fit for 55 packages is to translate the European Green Deal’s vision for a climate neutral Europe by 2050 into policy terms, specifically focusing on energy and transport.

The proposal for a revised EPBD introduced the new aim to achieve a zero-emission EU building stock by 2050. The proposed revision also ties into other EU initiatives such as the Renovation Wave and the New European Bauhaus.
The Malta Business Bureau (MBB) and Deloitte Malta recognise the important role that the EU building stock plays in the road towards climate neutrality by 2050. As outlined in the European Commission’s own statistics presented in both the proposal and impact assessment, the building sector is perhaps the most important sector across Europe in terms of energy use and greenhouse gas emissions.

In Malta, this importance is shared alongside transport due to a heavy reliance on private vehicle use, a growing rate of car registrations, high congestion, and a so far limited share of EVs and plug-in hybrids. The latter in particular is closely linked to the building sector and development planning, as recognised in the proposed revision itself.

A gradual transition towards zero-emission buildings and higher efficiency standards should be welcomed as an opportunity to finally address a sector which has been lagging in terms of improvement in energy performance, and which can also translate into economic gains such as cost savings, new technology markets, and high-skill job creation. Notwithstanding the benefits which such a transition will reap, it also poses several serious challenges which should not be taken lightly.

Targets & Technical Aspects
The proposal for a revised EPBD is introducing several new targets which buildings must meet depending on (i) when they are constructed, and (ii) how they are used (e.g. commercial, public or residential). Nonetheless, by 2030, it is expected that all new buildings constructed in the EU will be zero-emission (Art. 7) according to the definition and technical specifications provided in the proposal and its annexes. Here, we express our concern over technological possibilities and the definition of zero-emission buildings specified in Art. 2 of the proposed revision.
There must be recognition of Malta’s particular geographic characteristics, and what is feasible and technically possible in terms of renewable energy sources (RES) in particular. With a landmass of approximately 300km2, Malta is naturally limited in available space to apply RES effectively. Consistently rising buildings heights to compensate for limited space, the resulting efficiency losses due to shading, and related challenges due to airspace ownership, also limit the scope for RES application on building roofs (e.g. PV panels).

We also note that the Annex III to the proposal provides for a lower energy consumption threshold for a building to be considered ‘zero-emission’ in the Mediterranean compared to other European climatic zones. It is assumed that this reasoning is based on the significant heating which central and northern EU member states require in the colder months. Nonetheless, this in turn disregards the cooling which the climatically warmer Mediterranean member states require. This is particularly the case in Malta, which has the highest average daily temperature and highest amount of sun hours in the EU. In this respect, we call for a proper recognition of these needs which naturally contribute to higher energy consumption requirements.

With regards to existing buildings, the proposal is setting the same Minimum Energy Performance Standard targets (Art. 9) on public buildings and commercial buildings. This is despite the fact that that most of the EU financing allocated through new instruments such as the Recovery & Resilience Facility will be diverted towards public buildings and infrastructure. If the financial figures provided in the Maltese Governments most recent Long-Term Renovation Strategy 2050 are still accurate following the proposal for a revised EPBD, Maltese businesses are expected to contribute to approxamitely 2 billion EUR towards renovating and reconstructing their building stock to become more energy efficient and utilise RES. Nonetheless, the Strategy focuses mainly on achieving nearly-zero emission buildings, which falls short of the ultimate objective of the proposed EPBD revision. It is reasonable to argue that the actual investment figure needed will be higher.

Financing Gaps
Building upon our arguments in the preceding section, another significant challenge shall be the financing gap to renovate the entire EU building stock to meet new efficiency standards. In its own Questions and Answers document published on 15 December 2021, the Commission argued that “energy renovation pays for itself over time”. While this may be true in the long term, in the short-term renovations may require significant financial investment which businesses, and especially SMEs, may not afford to undertake on their own. Furthermore, the return on investment on energy efficiency may be more uncertain than in aspects such as renewable energy, as energy efficiency also requires behavioural change aside from the initial technological investment. This may make it more difficult for businesses to tap traditional modes of financing such as bank loans.

The Commission has cited several financing instruments to help facilitate the green transition, including for buildings. The Social Climate Fund in particular is being limited at the most vulnerable members of society, such as certain households and micro-enterprises. This is crucial; but we know that SMEs will similarly face significant cost challenges which should not be overlooked and which they cannot meet on their own, especially in the context of a post-pandemic recovery and the economic effects of the Russia-Ukraine conflict.

A positive development has resulted from the recently proposed REPowerEU Plan which includes the possibility of revising the Recovery & Resilience Facility budget to reflect a heightened climate ambition. This is the opportunity to reconsider the crucial role that businesses play in the road towards climate neutrality and provide appropriate support in a difficult economic context.

Existing national schemes (e.g. through state aid) should continue to be promoted by governments and business associations providing direct support to their members. That said, these schemes must always consider the business case to ensure that they are designed in the most business-friendly format possible, both in relation to the type of funding offered and the bureaucracy involved to apply for them.

Consistency across Proposals & Strategies
Since the building sector results in several spillover effects into other areas, the proposal for a revised EPBD cannot be seen in isolation. Rather, its consistency with other policies, proposals and strategies needs to be ensured to facilitate implementation and achieve results.

The Commission’s proposal itself recognises these interlinkages through, for instance, provisions concerning the setting up of Electric Vehicle (EV) charging points in building car parks depending on the size and number of parking spaces available (Art. 12). Since a separate proposal governing alternative fuel infrastructure (AFIR), including EV charging infrastructure, is concurrently being discussed at the European Parliament and Council of Ministers, it is crucial that the same level of ambition is provided in both legislations. An insufficient level of ambition and inconsistencies across proposals to will risk businesses investing in EV charging points which may ultimately go under utilised due to inappropriate infrastructure across Malta.

There is also a potential incongruence between the inclusion of RES in the definition of zero-emission buildings and Malta’s more conservative indicative RES target expressed in the 2030 NECP published in 2019. Efforts across different Commission initiatives and government commitments must be consistent to avoid potential implementation issues further down the line.

We also recognise that the proposed revision may require an updating of Malta’s aforementioned Long-Term Renovation Strategy 2050 to reflect the increased ambition presented by this proposal. In this respect, we argue in favour of a gap analysis which considers existing funding schemes and what is required to stimulate the green investment transition in Malta’s building stock.

Skills & Enforcement
Finally, we stress the importance of investing in appropriate skills to ensure that businesses and households alike enjoy a healthy supply of experts ready to lead their building’s transition towards classifying as zero-emission. Energy experts and building assessors will now be involved at even more stages of the building process, meaning that they will enjoy a crucial role in achieving the objectives of the proposed revised EPBD.

In this respect, it will be worth re-assessing the national building assessor certification to understand whether the current system is sufficient to cover the increased role provided in the proposal. Further training and certification schemes for builders may also help ensure compliance with building energy performance standards.