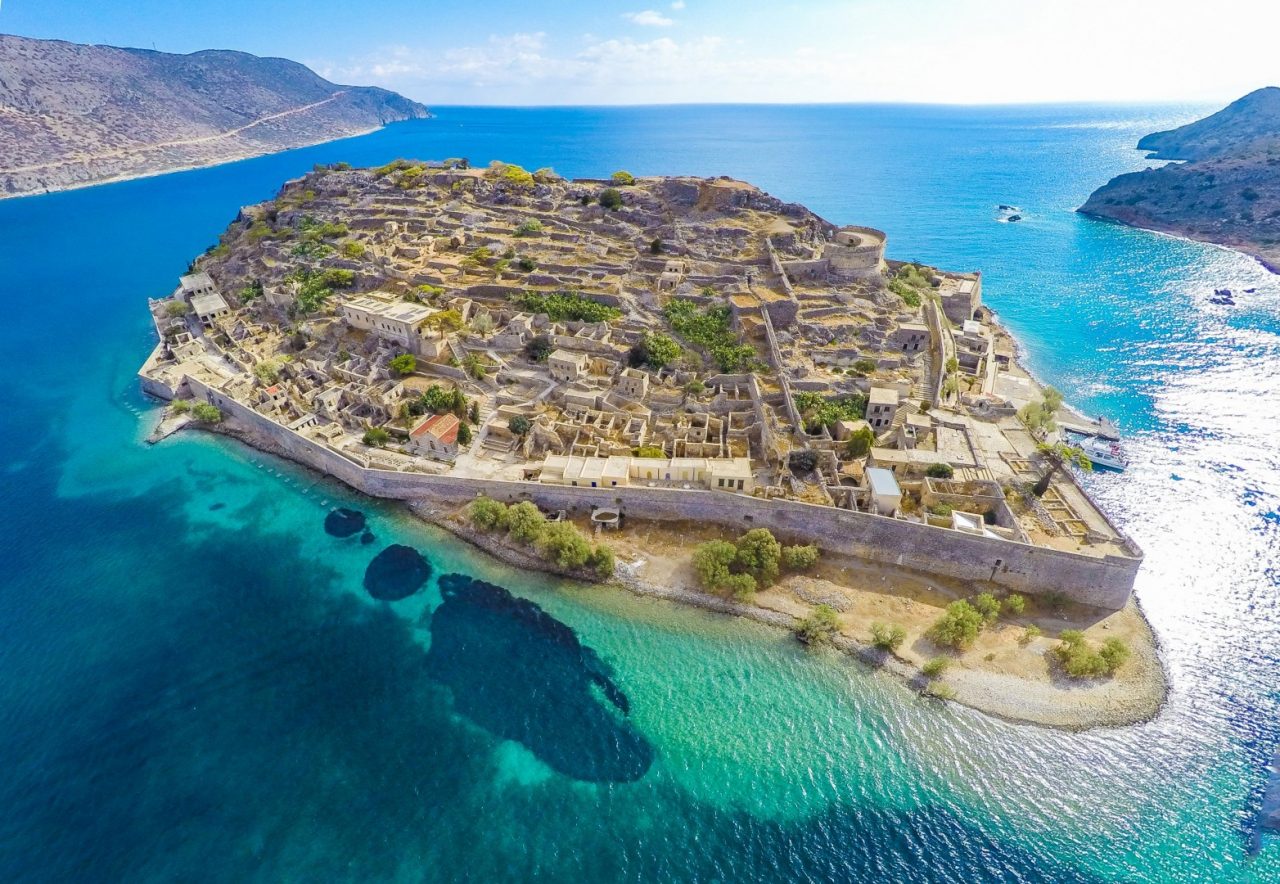 Immortalized in Victoria Hislop’s award-winning novel, “The Island,” the uninhabited islet of Spinalonga has a long and tragic past. Known by its grim epithet, the “island of the living dead,” and nestled in the picturesque Elounda Bay of northeast Crete, the islet was home to one of Europe’s last leper colonies, active from 1903 to 1957. At its height, in 1933, the islet was home to as many as 954 inhabitants.

Prior to its role as a leprosarium, Spinalonga served as an important Venetian, and later Ottoman, fortress, safeguarding the entranceway to the nearby port of Olous from pirate raids. Despite its diminutive size – 0.085 square kilometers – from the mid-15th century to the early Ottoman occupation in 1715, the islet was one of the most powerful sea fortresses in the Mediterranean.

During its time as a leper colony, the inhabitants forged close familial bonds and gradually established a functioning community, complete with a school, coffee shop, barbershop, and a church. Food and supplies were sent from the fishing village of Plaka, on the adjacent mainland.

Following the 1948 discovery of an effective treatment for leprosy, otherwise known as Hansen’s disease, patient numbers on Spinalonga gradually dwindled. Some were transferred to specialist infectious diseases hospitals in Athens, while others refused to leave due to the ongoing stigma attached to the disease. The colony finally closed in 1957.

For ten years, the islet remained abandoned, until, in 1967, Swiss architect and ethnographer Maurice Born (1943-2020) conducted a comprehensive study of the site, surveying its impressive 16th century fortifications and the remains of the Hansenite settlement. He developed a deep-seated interest in the personal stories of the surviving inhabitants of the colony, and conducted numerous interviews, some of which featured in the award-winning documentary film, “L’Ordre” (1973).

Since opening to the general public in 2000, Spinalonga has steadily grown as a macabre tourist attraction, with visitors arriving from all corners of the world to explore its eerie beauty. People often describe a sense of unease as they wander the haunted streets of the ruined settlement, knowing full well that many of those who were sent there in the first decades of the 20th century never left the island alive. At the entrance, above an infamous tunnel known as “Dante’s Gate,” an inscription urges newcomers to abandon all hope.

Despite its dark past, Spinalonga has become one of Greece’s most popular tourist attractions, and is currently under consideration as a UNESCO World Heritage site. Victoria Hislop’s 2005 novel brought the extraordinary story of the leper colony to widespread acclaim, followed up by the hit Greek television series “To Nisi.” It is currently the second most visited archaeological site on Crete, after the Minoan palace of Knossos, falling under the official jurisdiction of the country’s Ministry of Culture and Sports.

Due to its enormous popularity – packed tourist boats leave every half an hour from the mainland ports of Aghios Nikolaos, Elounda and Plaka – local authorities are now undertaking a series of much-needed infrastructure projects to cope with the ever rising number of visitors.

In a recent interview with APE-MPE, mayor of Aghios Nikolaos Antonis Zervos outlined plans to improve the supply of electricity and water to the islet, the creation of a biological purification system, and the maintenance and improvement of the mooring pier. According to Zervos, 2.5 million euros has been budgeted for the projects: “The infrastructure must be improved so that the monument is no longer damaged,” emphasizing that 3,500 people visited the site daily last August.

It is hoped that the infrastructure projects, which are scheduled to be completed by the end of 2024, will not only protect and conserve the archaeological site but also offer new possibilities for future tour programs. previousStaff shortages in Cyprus tourism in 2022