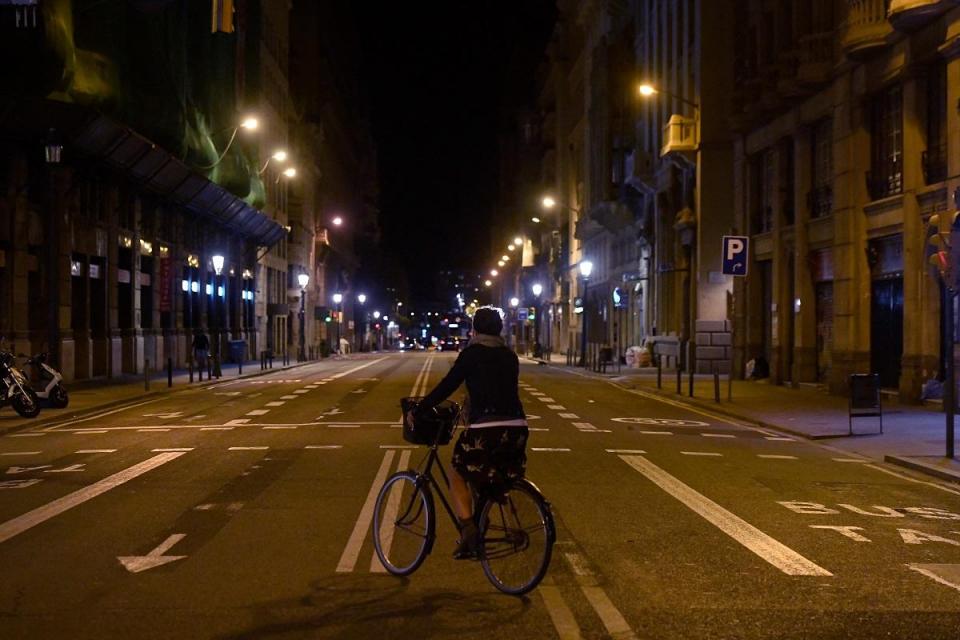 The north-eastern region is the first to reinstate a nightly curfew in response to the highly contagious Omicron variant.

Catalonia’s regional government earlier this month asked the courts to approve a 1-6am curfew in areas where infection rates surpass 250 cases per 100,000 inhabitants, a level recorded in most of the region.

It also sought permission to close nightclubs, cap capacity at restaurants, gyms and theatres, and impose a limit of 10 people per social gathering to try to curb infections over the holidays.

The measures will start on Friday and will last 15 days, affecting most New Year’s celebrations in the region of around 7.7 million people.

The court said the measures were “proportionate” and had struck a balance between “a limited restriction of rights” and the “protection of individual and community heath”.

Around 80% of the Spanish population of 47 million are vaccinated – one of the highest rates in the world.

Until recently, Spain avoided the surge in infections seen elsewhere in Europe which led to tighter rules.

But the Omicron variant has fuelled infections, with a record of just over 60,000 new cases on Wednesday, even if hospital admissions and ICU occupancy remain lower compared with previous COVID-19 waves.

“Omicron has changed the panorama. We must reintroduce measures which we don’t like but which are necessary,” the head of Catalonia’s regional government, Pere Aragones, said Wednesday.

Spain’s cabinet on Thursday approved a decree that will reintroduce obligatory mask wearing outdoors starting Friday, except for sporting activities, or when a person is alone or with household members in the mountains or at the beach.

Health Minister Carolina Darias said the measure would be “temporary” and would depend on “how the situation evolves”.

Spain’s coronavirus infection rate rose above 500 cases per 100,000 people on Friday, crossing over the threshold considered “very high risk” by the health ministry and more than doubling since the start of December.

Catalonia has been especially hard hit by the latest wave of infections, with around 30 percent of its intensive care unit beds occupied by COVID patients, twice the national average.

The region imposed a nightly curfew in mid-July in most municipalities.

A court ordered it lifted the following month after infections dropped, arguing that it was no longer justified.