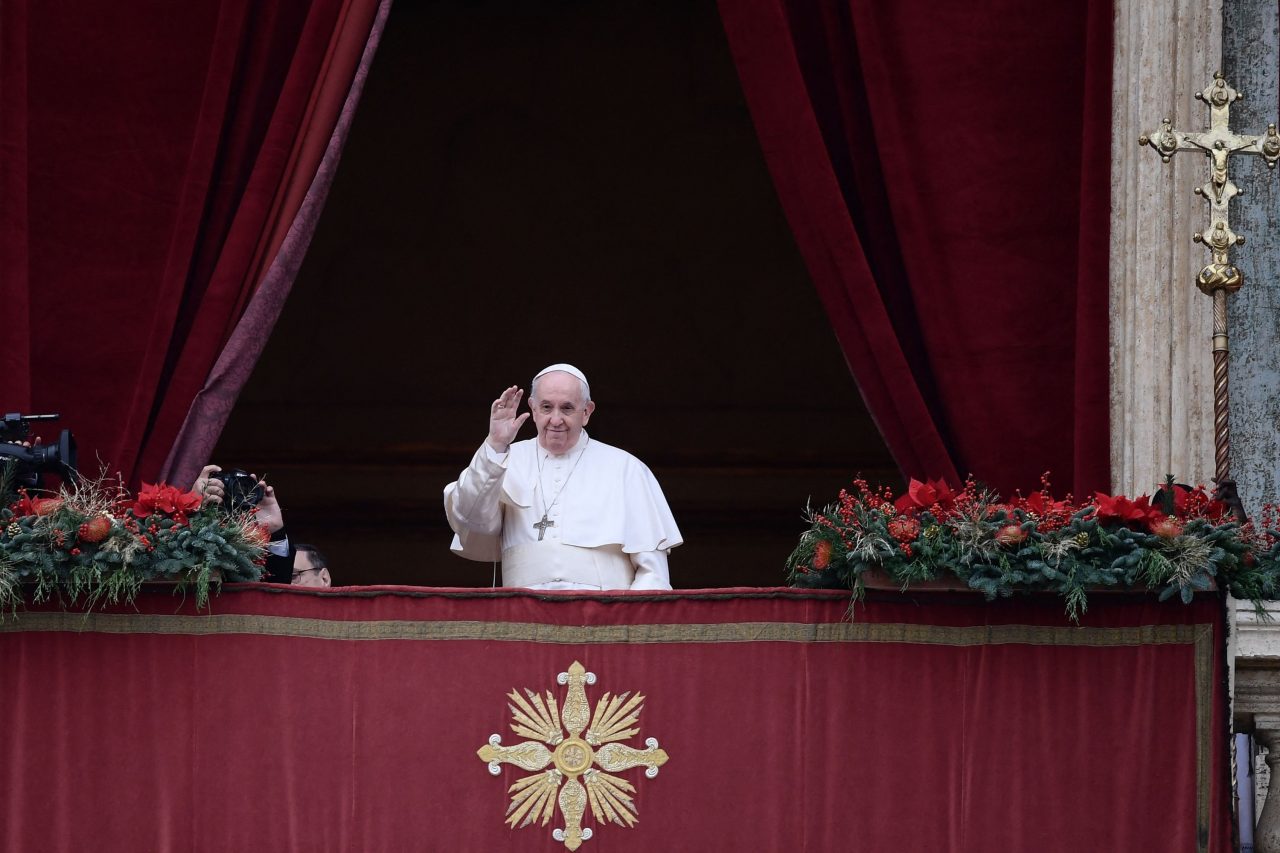 Pope Francis gave a message of dialogue in his Christmas message as the surging cases caused by the latest COVID-19 variant cast a shadow on celebrations across the world, including Bethlehem.

An explosion in cases driven by the rise of the omicron variant has meant a Christmas season tainted by the pandemic for a second year running, with longed-for family reunions overshadowed by the prospect of yet more restrictions.

In his traditional Urbi et Orbi Christmas Day blessing, the pope told the faithful gathered in St. Peter’s Square at the Vatican that, “our capacity for social relationships is sorely tried; there is a growing tendency to withdraw, to do it all by ourselves, to stop making an effort to encounter others and do things together.”

“On the international level, too, there is the risk of avoiding dialogue, the risk that this complex crisis will lead to taking shortcuts rather than setting out on the longer paths of dialogue.

“Yet only those paths can lead to the resolution of conflicts and to lasting benefits for all,” said the 85-year-old Argentine pontiff.

During the Christmas Eve mass attended by some 2,000 members of the public wearing masks and respecting social distancing, the pope urged people to appreciate the little things in life.

The bells of Bethlehem rang out under gray skies on Christmas morning across streets whose closed pastel or green shutters were like an Advent calendar that nobody had turned up to open.

Shopkeepers and hotel owners in the Palestinian city reported far lower business than the years before the coronavirus closures halted the arrival of wealthy foreign tourists, devastating the economy of the traditional birthplace of Jesus.

In Manger Square, hundreds of Christians – mostly those who live, work or study in Israel and the occupied West Bank – gathered near the tree and crib to sing carols and bring some cheer to the scene outside the Church of the Nativity.

But Joseph Giacaman, whose family has sold souvenirs around the square for a century, said business was around 2% of pre-pandemic years. “We were closed until three weeks ago. I have sold maybe two or three olive wood cribs. In normal years, we’d sell three or four each day throughout the year,” he said.

The back streets were virtually empty.

Star Street had been renovated in recent years with the aim of drawing crowds, but here as elsewhere, the omicron variant dashed those hopes in November when Israel began closing its borders.

Still, Christmas gatherings will be easier than a year ago in many other places around the world.

Most Australians are allowed to travel interstate over the festive break for the first time in two years, with Sydney’s Catholic Archbishop Anthony Fisher saying that Christmas was “a ray of light” in dark times.

And Santa Claus was not deterred from doing his rounds, after showing proof of vaccination and a preflight negative COVID-19 test, Ottawa’s transport minister said.

According to the North American Aerospace Defense Command’s (NORAD) Santa-tracking website, Father Christmas had delivered 7.6 billion gifts during his 2021 sleigh ride around the world.

nextAirlines cancel thousands of Flights Globally due to Omicron