There’s something difficult to reconcile watching Spot walk up a flight of stairs in some industrial setting. After years of watching viral videos of Boston Dynamics robots perform aesthetically impressive feats, there’s a banality in the quadruped performing those dull, dirty and dangerous tasks that roboticist love to talk about.

But six and half months after the company opened Spot up for sale (and more than 400 sold, per BD), companies have been deploying the advanced piece of machinery in some downright dreary settings. Yesterday morning, I had the opportunity to pilot the robot around one of them, from the comfort of my own desk.

This week the Hyundai-owned robotics pioneer is introducing Scout, a browser-based interface for remotely controlling the robot. The arrival will also be joined by a self-charging “Enterprise” edition of the robot and the already announced Spot Arm. All of the new hardware is available starting today through Boston Dynamics’ site (it’s one of those “call for a quote” pricing deals), though Scout will also be compatible with any version of the robot. 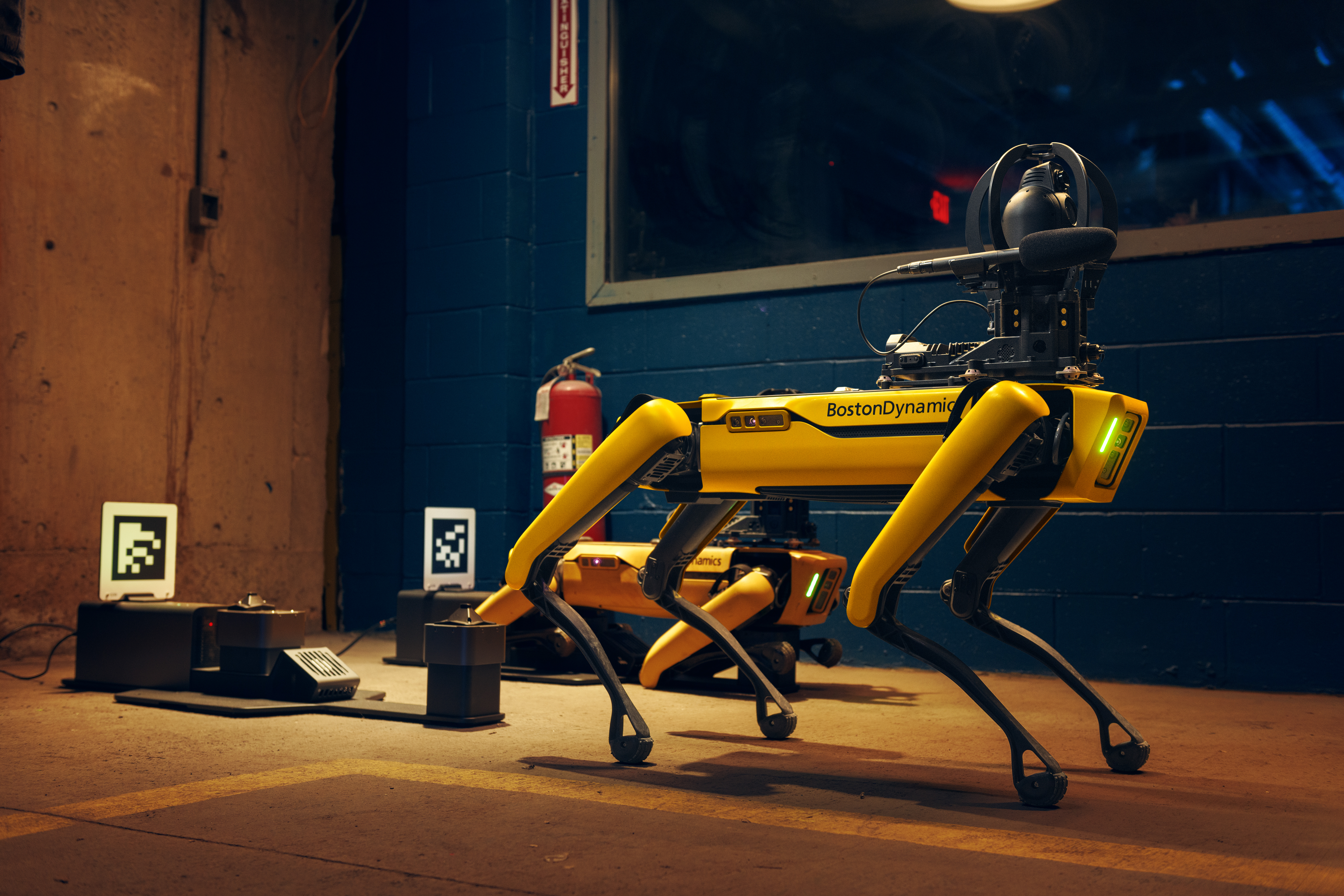 That said, the company is recommending it be paired with the self-docking Enterprise version. After all, the robot runs about 90 minutes on a charge, so if you’re intending to use it to monitor a situation without people present, that’s probably the way to go.

I’ve driven Spot around a few times in person — and like those, there’s a bit of a learning curve here. Boston Dynamics estimates it will take around 15 minutes to get you fully up to speed, but after a minute or two, I was able to send the robot up and down a flight of stairs at BD HQ. There are, thankfully, a whole bunch of cameras and other sensors built into the $75,000 robot to help you avoid doing something really stupid. 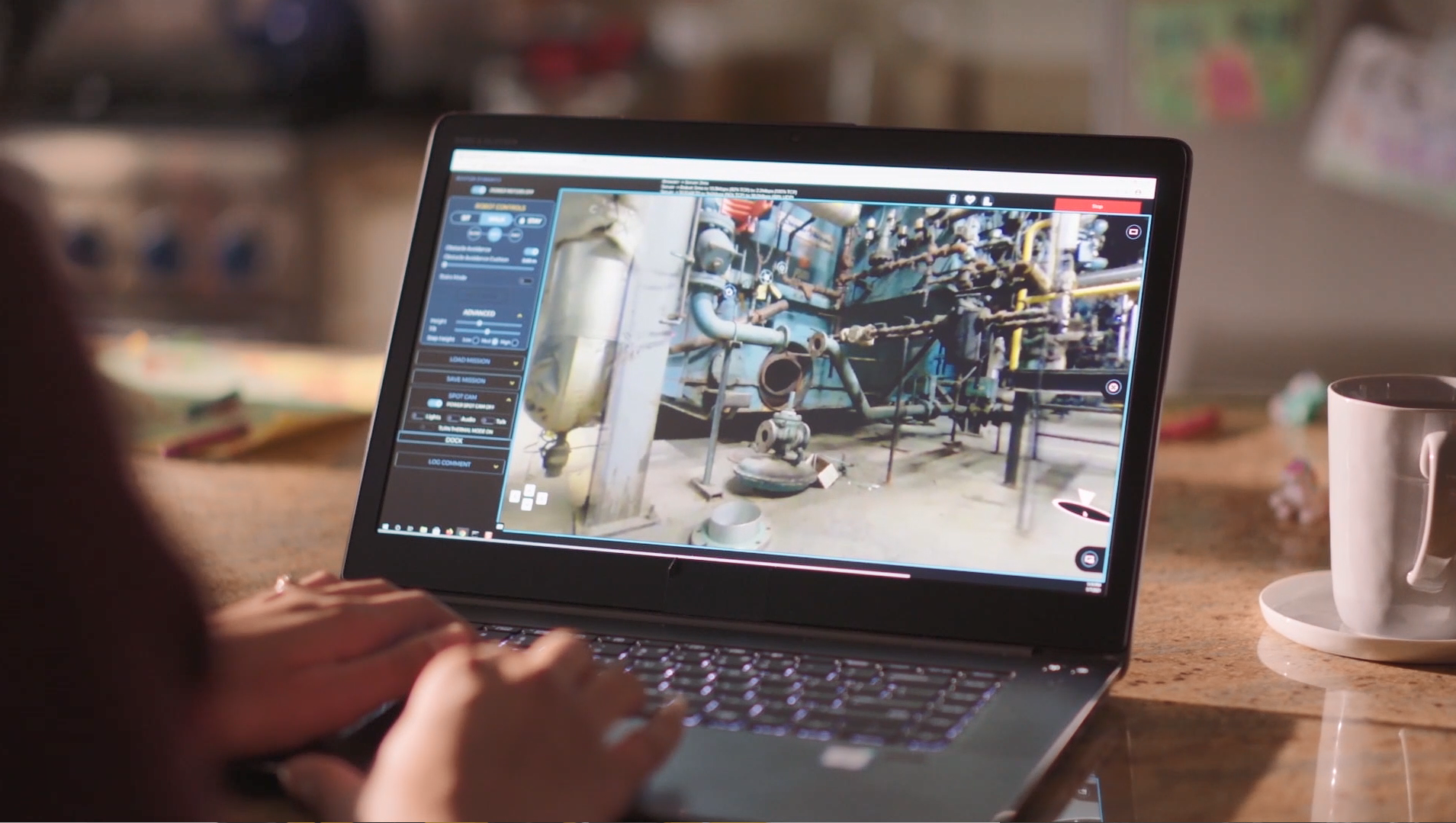 The system will work with Bluetooth gaming controllers, but for my demo, I was stuck with the keyboard. There’s a basic WASD control scheme that should be familiar if you’ve done any PC gaming. The arrow keys, meanwhile, can be used to switch between four cameras, giving you a view from all sides. There are a number of additional views, including a terrain mode that gives you a kind of top-down rendered view of the robot. That’s probably the best way to view all of the immediate obstacles — or better still, you can do a picture in picture to get views at once.

I found myself using “click to go” a lot, as well. It essentially works the way it sounds: You click on a point on the ground and Spot walks toward it. The feature is designed primarily for those with connection issues — imagine, say, you’ve got poor Spot deployed on some oil rig somewhere.

“[W]e have a power plant customer who had a possible equipment failure. They were able to use the robot to repeatedly inspect something that, if it failed could have been dangerous to a human inspector,” Spot’s Chief Engineer Zack Jackowski told TechCrunch. “So they logged in, checked on this pipe repeatedly and were able to avoid an expensive shut down.” 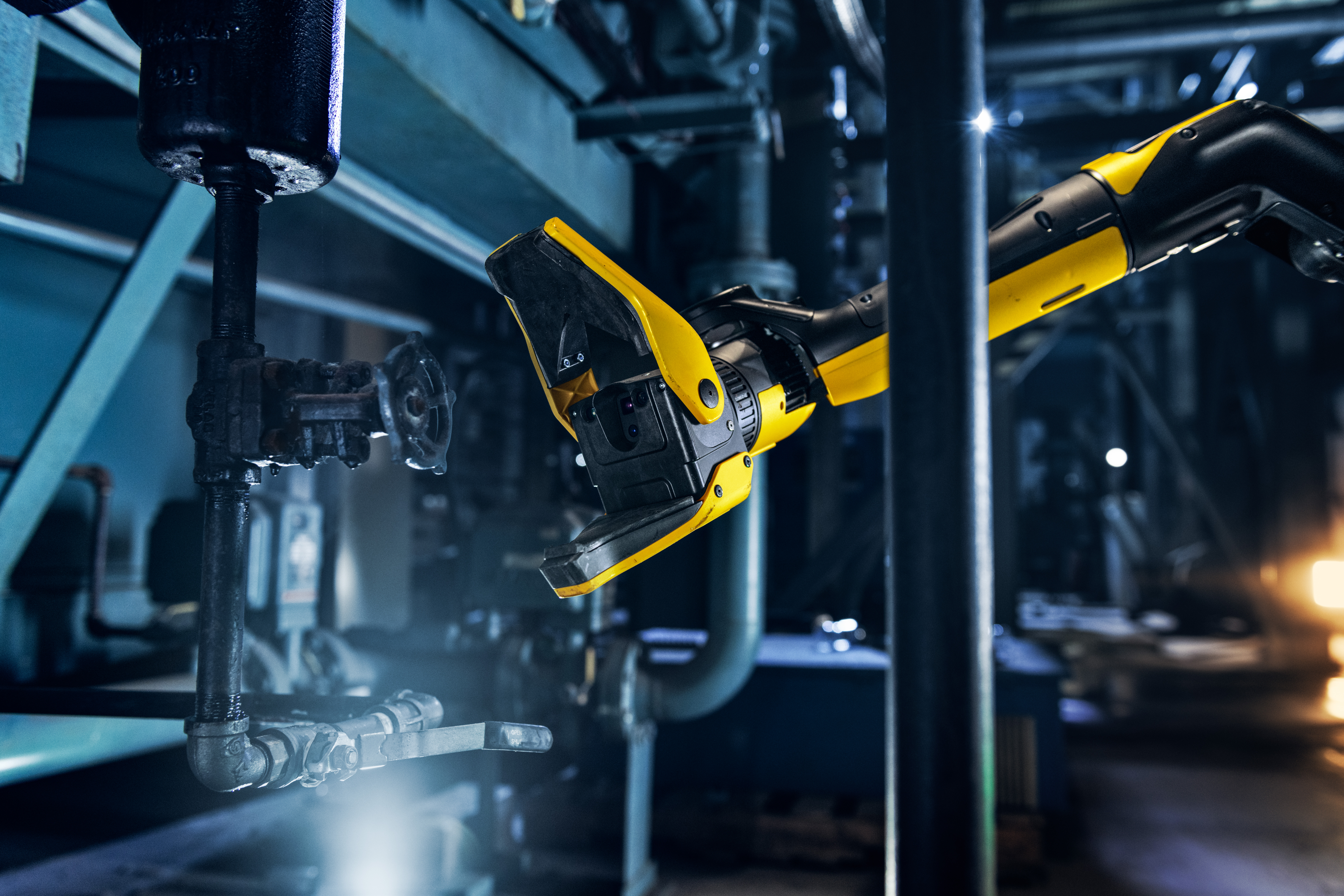 There’s also a “stair mode” that positions the robot for walking up and down stairs. The feature needs to be manually toggled on and off, though the robot should be able to walk up a flight of stairs in normal mode (I did this in my demo, and didn’t appear to give anyone on staff a heart attack). For the time being, the functionality is limited to line of sight. Jackowski adds, “We have all sorts of crazy plans to extend that to building scale, but the first thing we want to get out there is line of vision.”

In addition to a new docking connector on the Robot’s bum, the Enterprise version will also sport an enhanced CPU and improved wireless connectivity. It will ship either as a bundle with the dock or solo.

Sadly, we weren’t able to take the new arm out for a spin, but Jackowski did offer some detail on that functionality, noting, “you issue the arm commands, like ‘move your hand here’ or ‘pick up this object’ or ‘turn this valve,’ and the robot’s actually smart enough to figure out, ‘hey, if I’m going to turn that valve, I need to stand over here, I need to shift my weight like this, I need to figure out how to keep the right part of my wrist limp to accommodate how that valve moves.’ ”

Now any US business can buy Boston Dynamics’ Spot robot for $74,500