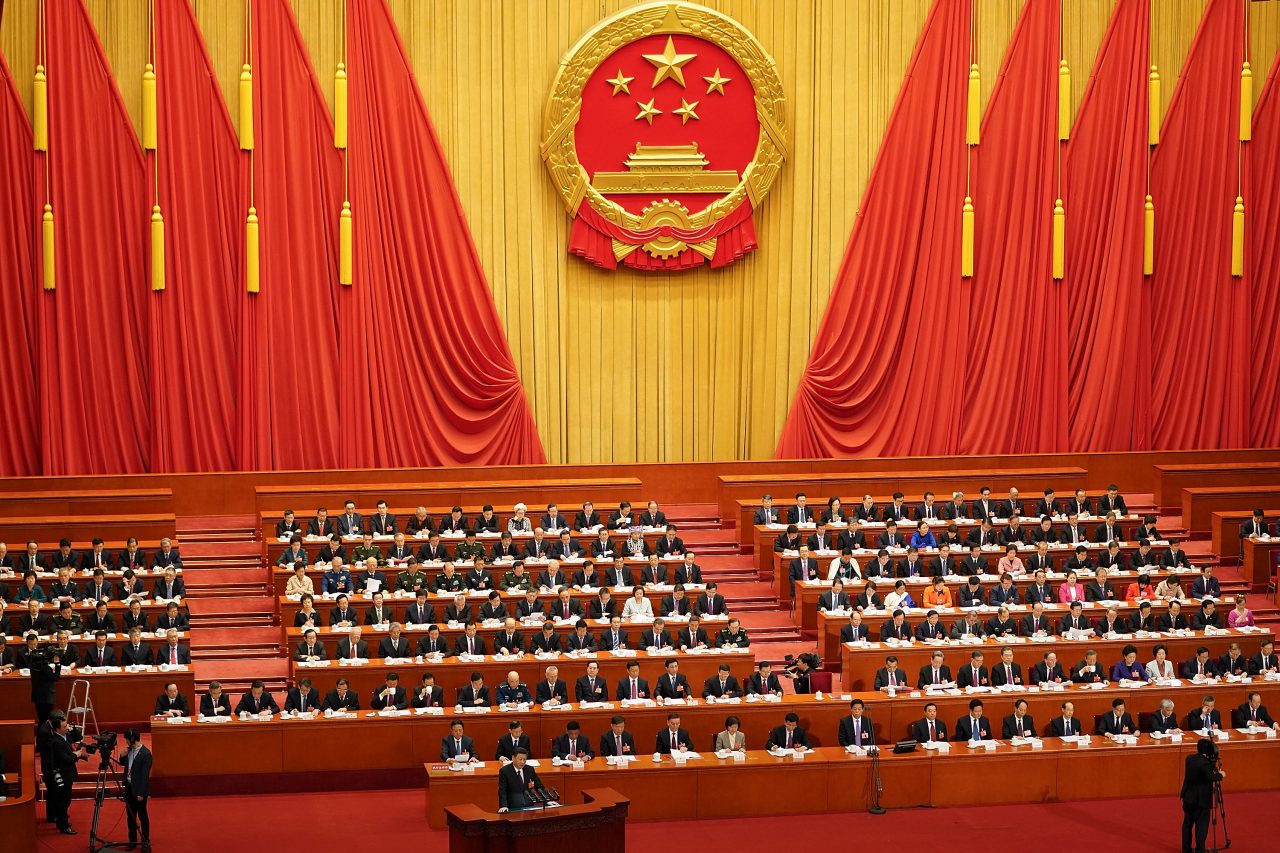 Yesterday, China flipped the switch on a nationwide carbon trading market, in what could be one of the most significant steps taken to reduce greenhouse gas emissions in 2021 — if the markets can work effectively.

China is the world’s largest emitter of greenhouse gases and its share of the world’s emissions output continues to climb.

As the Chinese government works to curb its environmental impact, policies like a carbon trading system could spur the adoption of new technologies, increasing demand for goods and services from domestic startups and tech companies around the world.

Carbon markets, implemented in some parts of the U.S. and widely across Europe, put a price on industrial emissions and force companies to offset those emissions by investing in projects that would remove an equivalent portion of greenhouse gases from the atmosphere.

They’re a key component of the 2015 Paris Agreement, but they’re also a controversial one. That’s because if they’re not implemented properly and managed effectively they can be a “massive loophole” for emitters, as Gilles Dufrasne, policy officer at Carbon Markets Watch, told Time last year.

This is especially true of China. Corruption in China is endemic and the country has long sacrificed environmental policy and stewardship at the altar of economic growth. China’s not alone in making that calculus, but the decisions have happened at a scale orders of magnitude larger than almost any other nation (with the exception of the U.S.)

The efficacy of the policy is also effected by the hierarchies that exist within the bureaucracy of the Chinese Communist Party. As ChinaDialogue noted, the measures were issued by the Ministry of Ecology and Environment, which carry lower legal authority than if they came from the NDRC, the leading governing body for macroeconomic policy across China and the overseer of the nation’s major economic initiatives.

That said, no country as large as China, which accounts for 28% of the world’s greenhouse gas emissions, has ever implemented a national carbon emissions trading market. 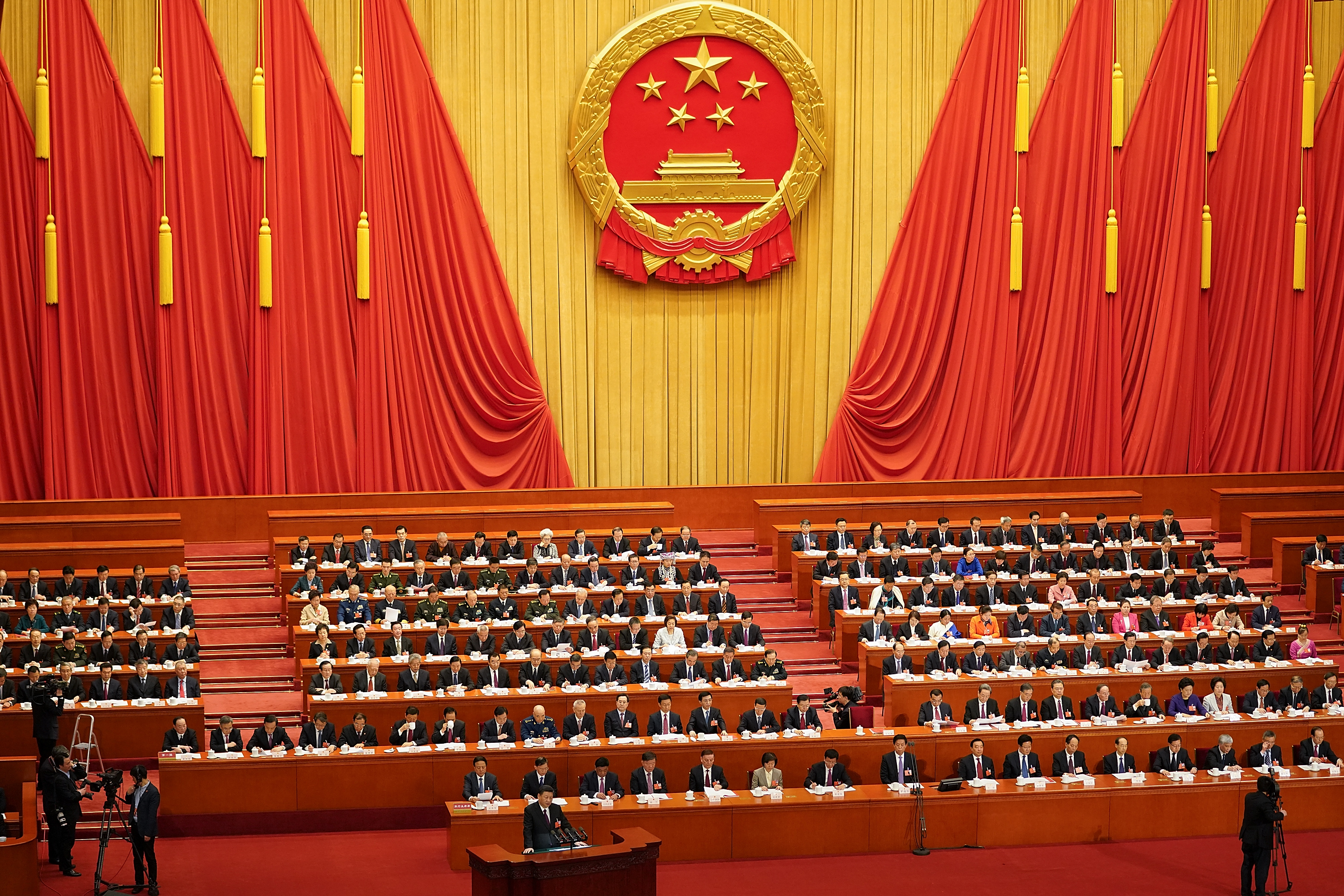 BEIJING, CHINA – MARCH 20: Chinese President Xi Jinping delivers a speech during the closing session of the National People’s Congress (NPC) at the Great Hall of the People on March 20, 2018 in Beijing, China. (Photo by Lintao Zhang/Getty Images)

China first started testing regional emissions trading systems back in 2011 in Shenzhen, Shanghai, Beijing, Guangdong, Tianjin, Hubei, Chongqing and Fujian. Using a system that instituted caps on emissions based on carbon intensity (emissions per unit of GDP) rather than an absolute emissions cap, the Chinese government began rolling out these pilots across its power sector and to other industries.

After a restructuring in 2018, the plan, which was initially drafted under the auspices of the National Development and Reform Commission was kicked down to the Ministry of Ecology and the Environment. The devolution of China’s cap and trade emissions program came as the United States was withdrawing from the Paris Agreement amid an abdication of climate regulation or initiatives under the Presidency of Donald Trump.

Initially intended to begin with trading simulations in 2020, China’s emissions schemes were derailed by the COVID-19 pandemic and pushed back to the back half of the year with an implementation of actual trading starting yesterday.

For now, the emissions trading system covers China’s power industry and roughly 2,000 energy generation facilities. That alone represents 30% of the nation’s total emissions and over time the trading system will encompass heavy industry like cement, steel, aluminum, chemicals and oil and gas, according to ChinaDialogue.

Initially, the government is allocating emissions allowances for free and will begin auctioning allowances “at the appropriate time according to the situation.”

That kind of language, and concerns raised by state-owned enterprises and financial services firms flagging the effect carbon pricing could have on profitability and lending risk shows that the government in Beijing is still putting more weight on the economic benefits rather than environmental costs of much of its industrial growth.

That said, a survey of market participants cited by ChinaDialogue indicated that prices are expected to start at 41 yuan (US$6.3) per ton of CO2 and rise to 66 yuan per ton in 2025. The price of carbon in China is expected to hit 77 yuan by 2030.

Meanwhile, a commission on carbon prices formed in 2017 and helmed by the economists Joseph Stiglitz and Nicholas Stern indicated that carbon needed to be priced at somewhere between $40 and $80 by 2020 and somewhere in the $50 to $100 range by 2030 if the markets and prices were to have any impact on behavior.

No nation has actually hit those price targets, although the European Union has come the closest — and seen the most reduction in greenhouse gas emissions as a result.

Still, the plan from the Chinese government does include public reporting requirements for verified company-level emissions. And the existence of a market, if the government decides to put real prices in place and consequences for flouting the system, could be a huge boon for the monitoring and management equipment startups that are developing tech to track emissions.

As the analysts at ChinaDialogue note:

“The hardest part of carbon pricing is often getting it started. The moment that the Chinese government decides to increase ambition with the national ETS, it can. The mechanism is now in place, and it can be ramped up if the momentum and political will provided by President Xi’s climate ambition continues. In the coming years, this could see an absolute and decreasing cap, more sectors covered, more transparent data provision and more effective cross-government coordination. This is especially so with energy and industrial regulators who will need to see the ETS not as a threat to their turf, but as a measure with significant co-benefits for their own policy objectives.”