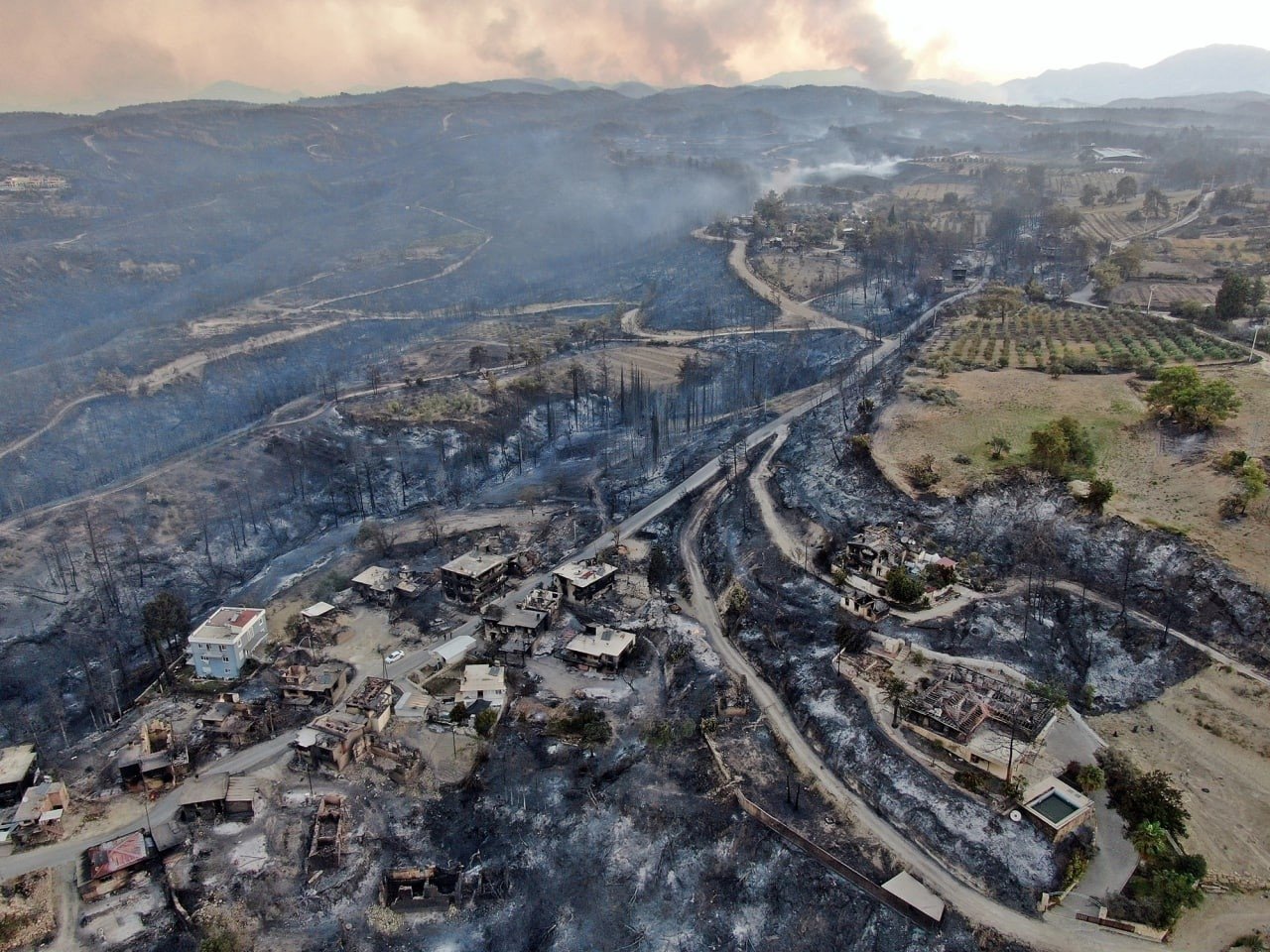 Small columns of smoke continue to appear here and there in a vast forest that fell victim to a wildfire in southern Turkey 25 days ago.

The blaze was among many to hit the Manavgat district of Antalya province since July 28. It took 10 days for firefighters to put out the flames that further grew after merging with another forest fire in the Akseki district. The flames devastated an area of 75,000 hectares (around 185,300 acres). Earlier, new plants had emerged in burned areas about a week after the fires were put out.

Images shared by Gökçe Coşkun, a bird watcher who was in the area to observe birds and insects thriving after the fire, show smoke rising from the ground where the roots of trees are located. “It has been more than three weeks but you can still see the smoke. Tree roots are turned into coal and when they are exposed to oxygen, they emit smoke. This is a phenomenon that may continue for weeks sometimes,” he told Demirören News Agency (DHA) on Tuesday.

Firefighters routinely check burned forests to put out the potential columns of smoke and clear the debris left behind by fires.

The Antalya Directorate of Forestry, meanwhile, continues rehabilitating the soil for reforestation efforts. Bulldozers flattened the burned areas in Kalemler village, which was among the worst-hit places, ahead of planned seeding work and the planting of saplings. So far, 100 hectares of land have been rehabilitated.

The country witnessed an unprecedented surge in forest fires starting in the last week of July. It took some two weeks for authorities to put out all 240 wildfires that had gripped the country and grabbed headlines. The worst fires were in Antalya’s Manavgat district and districts of its neighboring Muğla province. They killed at least eight people, devastated villages and claimed the lives of a large number of animals. Soaring temperatures, low humidity and strong winds prolonged the fires, which prompted the evacuation of hundreds of people, particularly in villages near the epicenter of fires.

Authorities had earlier announced that they would replenish the burned areas with new forests. Agriculture and Forestry Minister Bekir Pakdemirli had said field studies would be conducted in burned areas before preparing the ground for planting scheduled after the first precipitation, which would likely be in November.