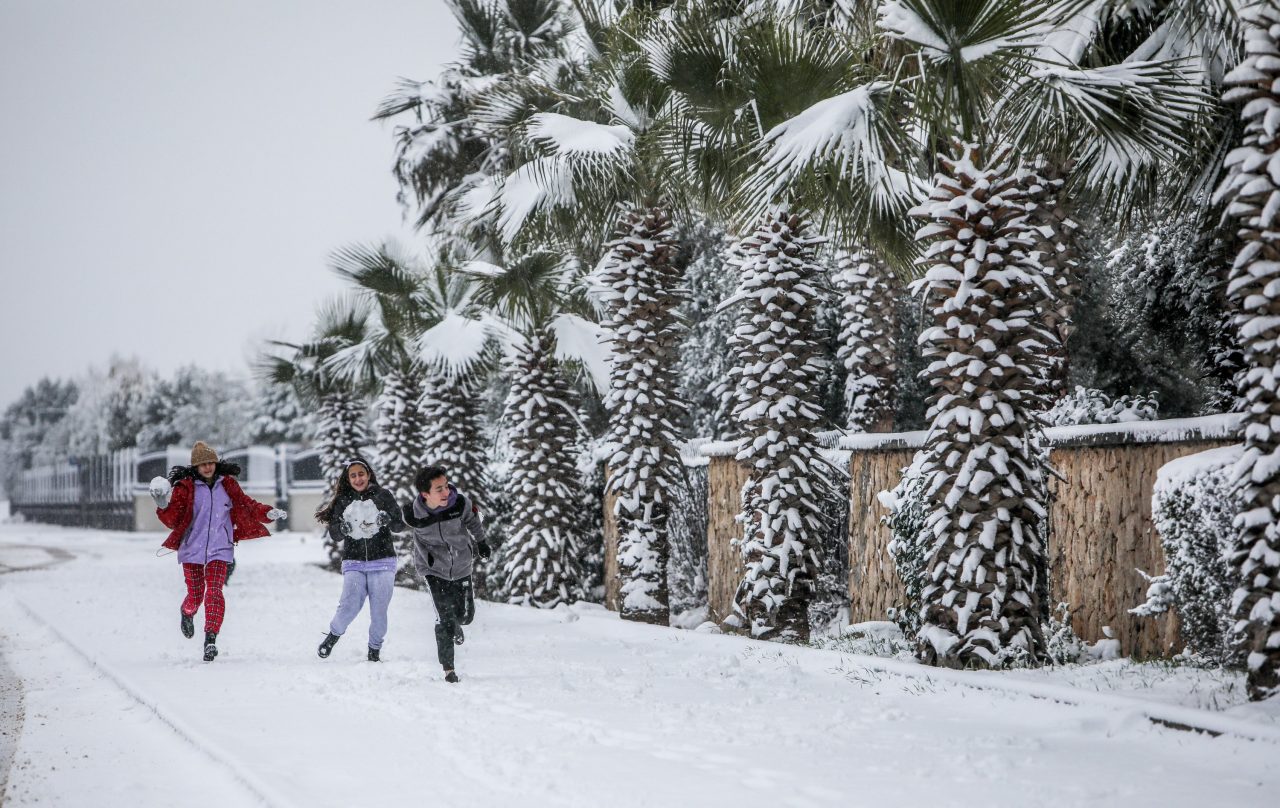 As the winter set in across Turkey, Antalya and Muğla in the south had their share of snowfall as well on Monday and Tuesday. Though most of the other provinces in the northern, central and eastern regions have been blanketed by precipitation, it was a rare occasion for the two otherwise warm provinces.

In Antalya, where autumn and winter are typically seasons marked only by occasional outbursts of rain, the first snow in nearly three decades battered the province, a popular vacation destination. Snowfall took hold in the early hours of Tuesday, to the joy of province’s residents who took to the streets to enjoy the occasion. Snowfall, which has been confined to higher elevations in recent years, engulfed central districts near the beaches for the first time. Crews worked to keep roads clear of snow in the 16 districts of Antalya.

Similarly, some districts of neighboring Muğla, including Ortaca, Dalaman and Köyceğiz had snowfall for the first time in 30 years on Tuesday. Snowfall disrupted the traffic on a major road connecting Muğla to western province of Denizli while non-fatal pileups reported on roads connecting central province to the districts of Ula and Yatağan. Blizzards and heavy snowfall stranded vehicles on a main road in Akyaka. Bad weather also forced authorities to halt mass transit in the Menteşe district.