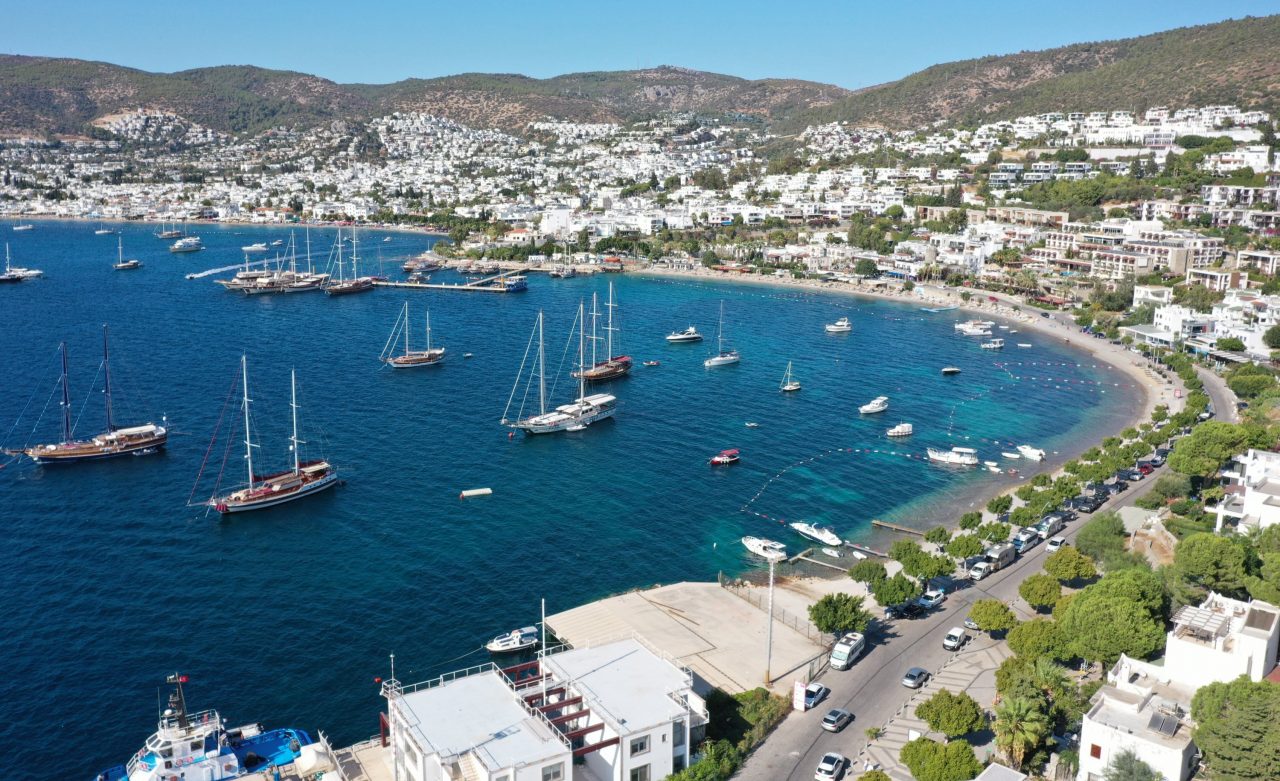 Like many other resort towns on Turkey’s coastal provinces, Bodrum has become overcrowded with holidaymakers during the Eid al-Adha holiday this year.

The population of the town, which is around 400,000 during off season, in the province of Muğla on the Aegean coast has soared to 1 million.

Over the past week, more than 140,000 vehicles entered the resort town.

As people flocked to the down to spend the long holiday, prices increased between 25 percent to 30 percent while transportation inside the town has become a real problem, with people hardly finding a tax to get around the town. For instance, a meal cost around 40 Turkish Liras (around $5) at a restaurant a week ago. But now holidaymakers should pay up to 60 liras for the same meal.

Moreover, in the face of the strong demand, rents in Bodrum also soared. The rent of a house, which was around 2,500 liras in September last year, now increased up to 4,000 liras.

The rush to the town is also causing other problems. Due to the increased demand for energy, electricity shortages have become more frequent and water pressure at tabs have become weaker which was also the result of the drought.

Another problems is people vacationing in Bordum often ignore the anti-virus rules. Holidaymakers are not wearing face masks or disregard social distancing at public places.

Çeşme, another popular resort town in the western province of İzmir, is also facing an influx of holidaymakers, which pushed the town’s population more than 1 million.

The town’s population is around 46,000 off season.

“These are one of the most crowded days in the town’s history. All hotels and boarding houses are full in Çeşme,” he said.

Just like in Bodrum, Çeşme is also facing problems with electricity and water supplies due to the increased population in town. “We called on people not to wash their cars and reduce watering their lawns. The public response to our calls is good,” Oran said. previousInternational Travel Largely on Hold Despite Uptick in May