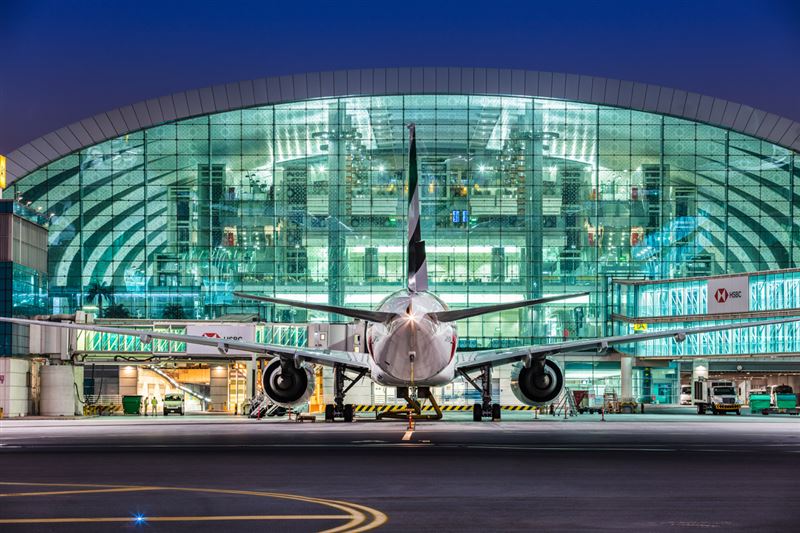 The boss of the world’s busiest airport for international passengers has said COVID-19 passports are the only way to restart mass foreign travel.

Dubai Airports chief executive Paul Griffiths told the BBC: “I don’t think there is an alternative.”

Critics of the digital systems argue they discriminate against those who cannot get vaccinated.

But Mr Griffiths says he is a complete supporter of the documents, which he says are “inevitable”.

“I think the problem is not the vaccine passport and its discrimination. It’s the need to roll things out and have a proper globally equitable vaccine programme,” he said.

The World Health Organisation and World Travel & Tourism Council are among those opposed to vaccine passports amid fears they will create a “two-tier society”.

Last month, Dr Mike Ryan from the WHO repeated concerns about the ethical and fairness issues surrounding vaccine passports.

“They do need to be considered, especially in a world where vaccine is distributed in such a grossly inequitable way,” he said. The aviation industry is desperately looking for ways to pick up speed after the damage wrought by government restrictions and a collapse in passenger confidence.

According to the Air Transport Action Group, it was making a $3.5 trillion annual contribution to the global economy before the pandemic.

However, with flights grounded, the numbers going through Dubai International Airport have collapsed in a similar way to the rest of the industry.

Even so, 2020 was Dubai’s seventh year in a row as the world’s busiest airport for international passengers, having overtaken London Heathrow in 2014.

A record 86.3 million people passed through in 2019, but as the coronavirus pandemic grounded flights, that fell 70% to 25.8 million last year.

Mr Griffiths wants that number to rise again: “We need to get into risk management rather than risk avoidance.”

He added: “I just don’t think the world can survive without that mobility for much longer, certainly socially and economically, but you can understand why countries around the world are being very conservative. The last thing any politician wants is a surge of infection on their turf.”

Last year, the United Arab Emirates saw its economy contract by 6.1% amid the global slowdown.

For Dubai, a Middle Eastern hub which plays a key role in joining East and West, air travel is key to repairing the damage.

Mr Griffiths says: “The city’s been built as a global hub and it’s enabled a tremendous commercial and tourism centre to be developed here in the UAE.

“So we are pretty dependent, because at least 35% of GDP is based around the enablement of travel and tourism, so it has a big dramatic effect here.”

To get through the crisis, the airport has cut costs by closing entire terminals and concourses, which means a bailout from Dubai’s government has been avoided.

“We were able to get into a position where we could cover all of our costs with about 20% of our throughput, which is where we are at the moment,” explains Mr Griffiths.

The desire to recover and avoid new outbreaks of coronavirus has led to the emergence of several different Covid travel passes. The European Union, the G20 and International Air Transport Association are all working on schemes.

Mr Griffiths says even if multiple systems are introduced for checking passengers, his airport can avoid queues such as those seen at London Heathrow.

“Whatever the system, we will adapt our processes to ensure that our passengers aren’t put in huge long queues,” he adds.

Those passengers that are flying are being looked after by “near-hospital theatre levels of cleanliness” as well as physical distancing and insistence on mask wearing.

Technology is also helping stop the spread of germs, with the acceleration of contactless check-in and immigration arrangements.

When it comes to the rules, passengers are “adhering extremely well, because we make sure they adhere to them”, Mr Griffiths says.

If international air travel is to get moving again, “it’s up to the countries to decide what the entry requirements are, and it’s up to the airlines and the airports around the world to enforce it”, says Mr Griffiths.

“If this all works, and everyone comes together, vaccine passports will be a very, very simple way of us travelling without documents around the world.”