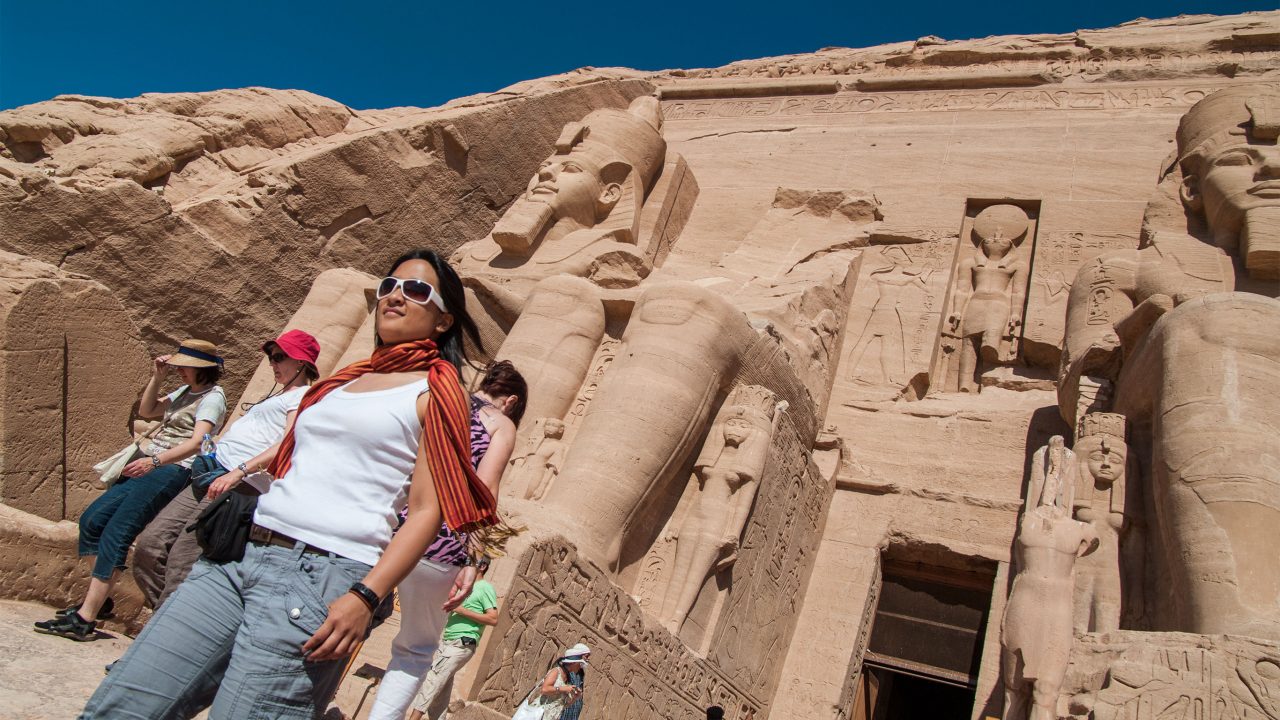 Egypt’s Ministry of Tourism and Antiquities, represented by the Egyptian Tourism Promotion Board (ETPB), participated in the Ukraine International Travel and Tourism (UITT) Exhibition in Kyiv, from 11 to 13 May.

Ahmed Youssef, CEO of the ETPB, said that the UITT exhibition is one of the largest international tourism and professional events in Ukraine.

Youssef, who led the Egyptian delegation at the exhibition, noted that this year the ministry participated with a 27-square-metre pavilion designed in the style of ancient Egyptian temples. It featured large screens to display advertising materials of various Egyptian tourist destinations. The Egyptian pavilion has witnessed a remarkable turnout.

Several meetings were held between Egyptian and Ukrainian tourism officials, including a roundtable organised in the presence of the President of the National Tourism Organization of Ukraine, tour organisers, representatives of tourism federations in the Ukrainian market, and representatives of government agencies in the tourism and aviation sector from other countries.

The roundtable addressed several topics, including precautionary measures and hygiene controls that are applied in all tourist and hotel facilities, archaeological sites, and museums, especially with the return of tourism traffic. The meeting highlighted Egypt’s receiving the certificate of safe destination from the World Travel and Tourism Council.

They also discussed the official statistics of arrivals before and after the novel coronavirus (COVID-19) crisis. The Egyptian delegation reviewed the continued efforts of the Ministry of Tourism and Antiquities to vaccinate all workers in the tourism sector against coronavirus, in cooperation with the Ministry of Health and Population.

The Egyptian delegation pointed out that the Tourism Ministry depends on advanced methods and effective promotion mechanisms to diversify promotion plans and update marketing tools to raise awareness of Egypt’s tourism.

Yousssef also met with the President of the Ukrainian Chamber of Commerce and Industry (UCCI), in which the former stressed the importance of working together to increase tourism traffic between the two countries.

The UCCI President expressed his happiness at the continued fruitful cooperation between Egypt and Ukraine in various fields, especially tourism and travel.

The UITT is one of the largest tourist exhibitions in the world. It hosts 361 exhibitors from 23 countries around the world and nearly 19,000 visitors.