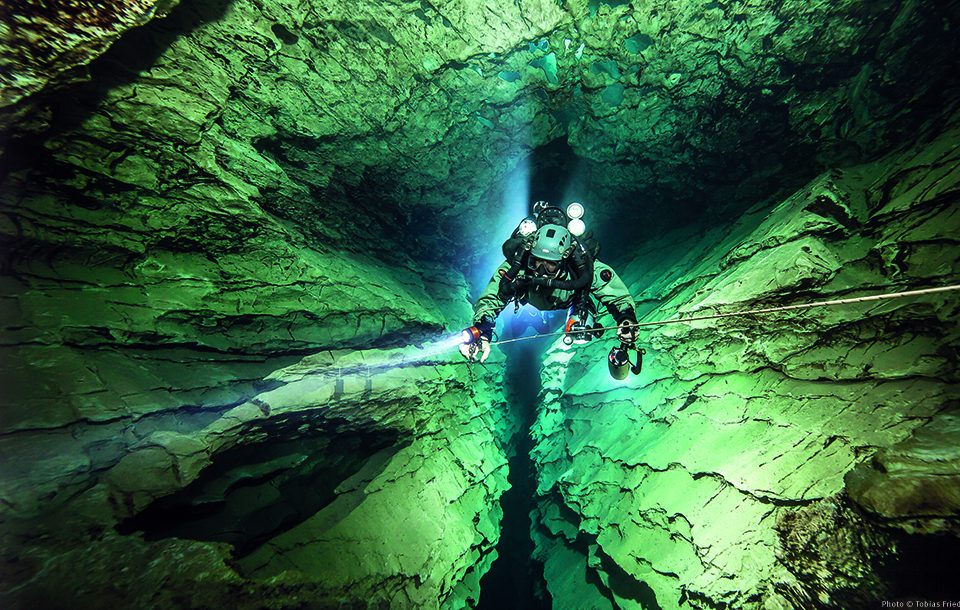 Unique underwater cave system in the heart of Budapest is awaiting its visitors.

The hills in Buda have been inhabited since Roman times and have always been famous for natural thermal water. Now another unique phenomenon is awaiting visitors, the mysterious venture of exploring the Molnár János Cave or the Kőbánya Mine.

In the 16th century, Buda was occupied by the Ottoman Empire, and later a powder mill was built near an artificial lake in order to make gunpowder. The mill never froze due to the thermal water, but it later became just an ordinary mill after the siege of Buda in 1686 under the Habsburg Empire.

The cave was named after chemist Molnár János (remember, the last name comes first in Hungarian!), born in 1814. He worked in a pharmacy but was also involved in police investigations, helping them as a forensic scientist in Pest. At this era, Buda and Pest were separate cities on the opposite sides of the Danube river, and the decision of both sides to form one big city was made later. That is how Budapest came about.

Mr Molnár was also interested in biology, mineralogy, and geology. His writings were also published in many scientific papers. In his time, he was an expert in the hot springs and thermal waters of Budapest and Hungary. It was him who found the incredible cave, a true natural treasure you can dive in if you travel to Budapest.

Over time more and more interesting facts about the cave and the thermal springs came to scientists’ knowledge, and new locations were discovered.

The Molnár János cave system is an actively forming cave, which means that many things are yet to be discovered. Several scientists from various fields, such as geologists, biologists, and chemists, regularly work there to find out more.

But under no circumstance should you think you can’t explore the cave as well. You can enjoy the warm, crystal clear water and take a look at the stone and crystal formations on the limestone walls in the Molnár János cave. You can enjoy the sight without having to worry about strong currents as the water flows very slowly.

Another option is to visit the labyrinth of limestone passages in the Kőbánya Mine. This limestone was used for constructing many iconic buildings.

There might be some obstacles, though. The official website of the cave writes that visitors are not required to be certified cave drivers. Still, they need to have at least Advanced open water diver certification and have to be experienced divers. If one has the necessary experience, they can also attend an Intro to cave diving. Divers are welcome regardless of their equipment setups. The place is at a great location, based on the info on szallas.hu. An ATM is only 700 meters away from the entrance, a parking lot with 45 places can be found 200 meters away and the parking fee costs 175 forints (0.50 euros) per hour. Getting to the venue is easy, too. A bus station is only 600 meters away.

previousCrete and Rhodes Top Choices for TUI Travelers This Summer