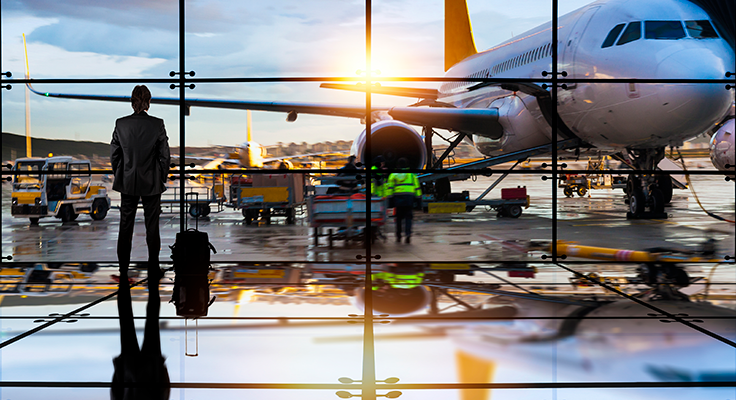 The “catastrophic impact” that only a limited reopening of travel from May is outlined in a new report commissioned by the UK aviation sector.

It highlights the cost of a ‘lost summer’ of international travel – £55.7 billion in lost trade and £3 billion in tourism GDP if reopening delayed until September – putting around 574,000 jobs at risk including 73,000 within UK tourism.

Being unable to re-open to the EU would cause the most damage, followed by the US, with no transatlantic air links until September costing the UK £2.4 billion, or £23 million a day, putting 51,600 jobs at risk.

The warning comes ahead of the reinstated government Global Travel Taskforce due to report in April on ways of reopening international travel from May 17 at the earliest as part of Boris Johnson’s roadmap to relax Covid-19 restrictions.

The aviation industry says it is critical that ministers build a “safe, robust and workable” framework for travel can stand the test of time throughout the summer and beyond, “ensuring that a stop/start approach is never seen again” as the sector looks to rebuild confidence.

Enabling a safe and sustainable resumption of international travel from May 17 for the whole of the remainder of 2021 would generate a GDP injection of £47.6 billion and help secure more than a million jobs otherwise under threat – worth some £200 million a day to the economy, according to the 133-page analysis by consultants York Aviation.

The report compiled for trade body Airlines UK builds on earlier work that demonstrated that the loss of air connectivity to the US cost the UK some £30 million a day in 2020.

Overall, an estimated 5,164 UK aviation and related jobs have been lost every month since February 2020, according to the Unite union.

The report argues that a phased easing of restrictions is required to help the UK’s economy recover as the vaccine roll-out accelerates both in the UK and abroad, and with widespread testing becoming ever further embedded.

Airlines UK chief executive Tim Alderslade said: “For many of us, aviation is associated with a holiday or much needed break.

“However, this new report demonstrates just how vital the UK’s air links are to our economic prosperity, be it for British exporters, the hospitality sector or companies with an international footprint.

“The data refutes the claim that keeping aviation shut down, or delaying restart beyond the summer, is a price worth paying – with each day planes are grounded costing tens of millions of pounds and putting thousands of jobs at risk.

“The priority now is clear; ensuring a durable framework for a risk-based approach to reopening air travel from 17 May”.

British Airways chief executive Sean Doyle said: “The emotional and economic cost of not starting to re-open international travel on May 17 is clear.

“With more than 50% of the UK adult population vaccinated in a programme that has been the envy of the world, the government must now urgently provide a phased, risk-based framework for travel to re-start this summer that will save the economy and jobs, allow business to re-start and reunite friends and families.”

His Virgin Atlantic counterpart Shai Weiss said: “The free movement of people and goods by air is vital for competition, connectivity and supporting the UK’s economic recovery.

“This report presents evidence that the resumption of international travel, specifically between lower risk countries such as the UK and US – our largest trading partner accounting for 15% of all UK trade – must remain the objective.

“In 2019, transatlantic connectivity underpinned trade worth $273 billion. As an essential driver of global trade, FDI [foreign direct investment] and our hospitality and tourism sectors, a thriving and competitive aviation market is more important than ever to the future success of ‘Global Britain’.

“A phased easing of testing requirements and border restrictions, that follows the scientific evidence, will protect public health and ensure that skies can safely reopen from 17th May, safeguarding half a million UK jobs reliant on the sector.”

Heathrow chief executive John Holland-Kaye added: “Advances in testing technology, coupled with the country’s incredible vaccination progress means a safe and irreversible resumption of international travel from May 17 is within our sights.

“For over a year, travel restrictions have effectively severed the UK’s ties with its key trading partners, stunting the country’s economic growth.

“For example, resuming transatlantic travel would add £2.4 billion to the national economy this summer alone and help protect over 50,000 jobs.

“If this government is serious about delivering a ‘Global Britain’, the travel taskforce must seize this opportunity to put in place a risk-based framework that protects public health and rebuilds vital trade links to countries like the US.”

Gatwick chief executive Stewart Wingate said: “The aviation sector had been hit hard by the pandemic and we cannot afford to leave it behind as the rest of society opens up, otherwise UK plc will lack the vital infrastructure, supply chains and logistics operations it needs to recover quickly through trade and all the other economic activity that airports and airlines generate.

“Public health is of course the absolute priority and – provided vaccine rollouts across Europe succeed and restrictions ease as we start the summer – a flexible risk-based approach to reopening international travel would not only help us reopen, rebuild and protect jobs, it would start to restore consumer confidence and allow people to see family or enjoy a well-deserved break.”