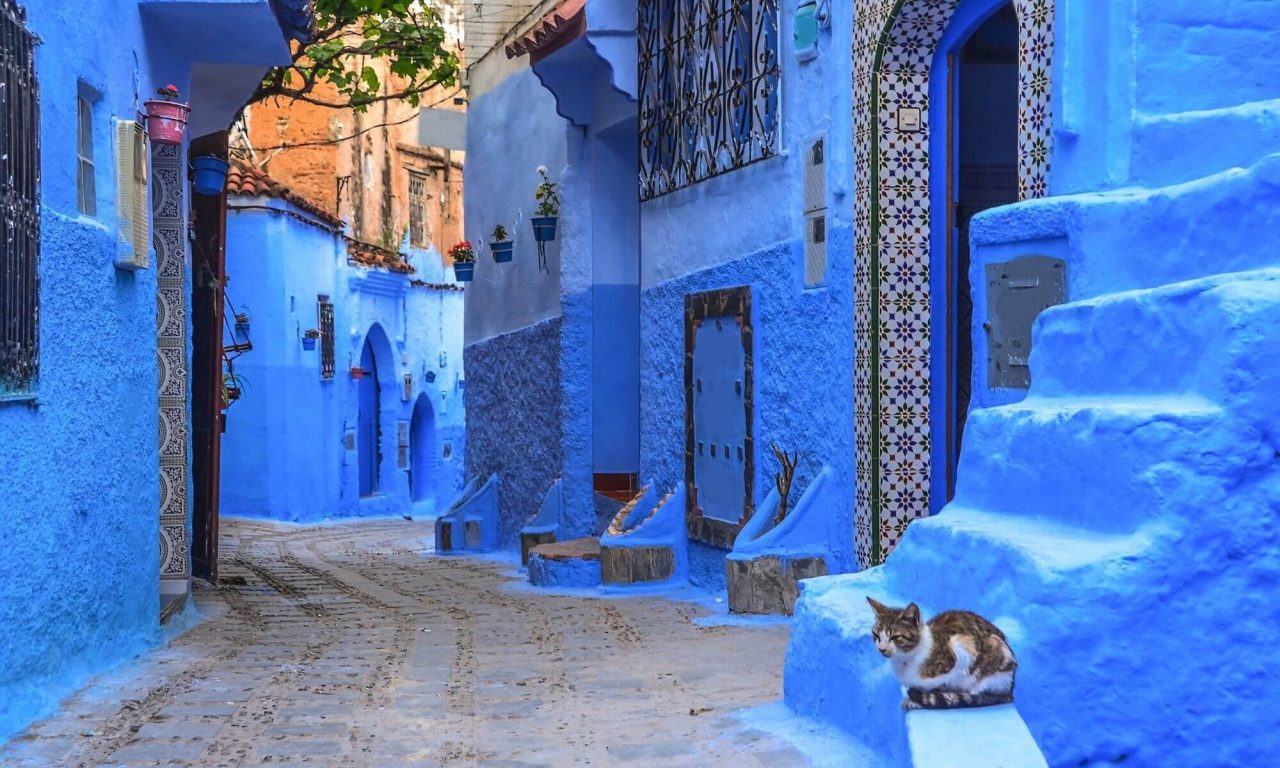 “The Blue City Crisis” is a documentary detailing how Covid-19 hijacked the tourism industry in Chefchaouen, the most picturesque city in Morocco.

A few decades ago, the Kingdom of Morocco made the strategic decision to take advantage of its favorable weather and location by developing its tourism sector. Over the years, the revenues attained from this sector have comprised between 6 percent and 10 percent of the country’s gross national income.

The COVID-19 pandemic, however, hindered the expected growth of this lucrative industry and caused a 78 percent regression in the 2020 income. Although the Moroccan government eased air and maritime travel restrictions in June of 2021 after a lockdown that lasted over a year, tourism revenues improved by only 15.2 percent and grossed about 8.8 billion dollars, indicating a regression of 58.1 percent compared to the same time last year.

These developments created an unprecedented crisis in the tourism industry and compelled the government to announce that it will continue to compensate and support the sector’s operators, business owners, and other investors until they recover from the severe damages they suffered as a result of the pandemic.

Chefchaouen is a microcosm of the Moroccan tourism crisis. Over the past few years, the Blue City transformed from an Andalusian city in northern Morocco – mainly attractive to Moroccan and Spanish tourists – to an international destination drawing visitors from places as far as China and Russia. When the pandemic hit the country, the city’s idealistic situation was once more altered – this time, for the worse.

The story of the crisis unfolds as we examine the experiences of several operators in the tourism sector and the industries that support it, including that of Abdeslam Mouden, a famous tour guide in Chefchaouen.

Abdeslam owns a traditional guest house in the city, which, according to Morocco’s last census in 2014, only has a population of about 425,000. He maintains professional ties with various tour operators in the city and all over Morocco.

He takes us on a tour around the city and the natural parks that encircle it. Walking around, he points out the numerous shops, restaurants, and cafes – once vibrant with tourists – that are now silent and deserted as a result of COVID-19 containment measures.

He and his fellow tour operators speak to us about the solutions the government and other touristic organizations, both domestic and foreign, have proposed to address the crisis and relieve workers in this severely impacted sector. The government has implemented some measures to try and help tourism professionals – many of whom are struggling to cling to the hope for an awaited recovery – while others have given up and decided to look for different, more promising livelihoods.

Riad Dar Meziana is a traditional hotel in Chefchaouen that embodies the unique heritage of old Moroccan cities. The hotel offers a touristic cultural show that draws upon the history of Moroccan cities and villages. The building itself is a sample of the beautiful aesthetic of Andalusian architecture, and the rooms, which are furnished with authentic, locally-manufactured pieces, highlight the skills and craftsmanship of Moroccan workers also badly impacted by the pandemic repercussions.

In the lobby of Riad Dar Meziana, a local artist usually plays oud for tourists staying at the hotel. His last performance, however, was on Zoom – in front of an audience of students at an American university who were unable to come to Morocco because of the pandemic. previousMajor Turkish tech event Teknofest due to begin next week