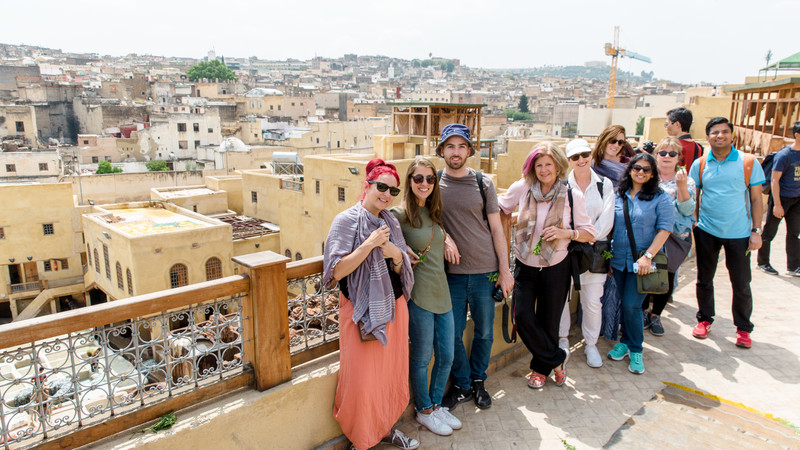 After two lean years, if we can dare to say so, world tourism is picking up the slack and experiencing a marked growth during this period that some hope behind them. Morocco, a tourist destination par excellence and which, like many host countries for tourists, has paid a heavy price.

It seems to be gradually getting its head above water in view of the figures for the first six months of the year. Indeed, the number of tourists arriving in Morocco had reached 801,179 during the fifth month of the year 2022, an increase of more than 11% compared to the same period of the 2019 financial year. The Kingdom, which prepared for the arrival of tourists for a rapid recovery of the sector, offers promotions and other services to enable it to play a major role in the recovery of the national economy and so that the tourism ecosystem can regain its strength. A key sector of the Moroccan economy, it represents around 10% of the kingdom’s wealth. Along with exports and financial transfers from Moroccans living abroad, it is one of the country’s main sources of foreign currency.

The Tourism Observatory in Morocco attributes the progress of the current year to a “Positive development driven by the main source markets for the Morocco destination”, in the forefront of which are France and Spain. The number of tourists counted includes, of course, Moroccans from the diaspora, who represent on average half of arrivals each year. A key sector of the Moroccan economy, tourism represents about 10% of the kingdom’s wealth. Along with exports and financial transfers from Moroccans living abroad, it is one of the country’s main sources of foreign currency.

That being said, to remain with the chapter on outgoing markets and particularly that of France (the Kingdom’s leading provider of tourists) where three French people plan to take a vacation, we will rely on the 21st annual barometer of vacations established by Ipsos for Europ Assistance, which also reveals that after being ignored, Moroccan and Tunisian destinations are back among the favorite countries of the French. Admittedly, local tourism is the most attractive and for 56% of French holidaymakers, the favorite destination is France.

However, desires from elsewhere remain numerous. These tourists primarily prefer the Mediterranean countries such as Italy, Greece, Portugal, and Spain… and to a lesser degree the countries on the other shore; Tunisia and Morocco. Greece is the favorite destination of the French with 68% of the departures compared to 2019. The forecasts for this destination are counting on 8 to 10 million tourists in 2022, including 700,000, to 1 million French. The second destination is the southern exit door, Spain then in third position Italy in the South-East, all of which are experiencing a very strong increase in attendance.

In addition, Tunisia and Morocco are more and more popular and if the first country offers an alternative for small French scholarships with a better value for money offer, especially for all-inclusive stays, Morocco is also popular with the French. Indeed, the kingdom by the launch of the Marhaba operation, moreover, remains very attractive. In the flops of French destinations, we find the countries of Asia because of the conditions of access which remain very restrictive. As for the United States, the destination is downright shunned. The dollar experienced, it must be said, an increase of more than 15% against the euro, report tour operators.

Financial considerations are not to be outdone and are mentioned as one of the main reasons for not traveling by the French who will not be going on a trip this summer (26%). Indeed, 50% of them plan to give up going on holiday for lack of means, compared to 41% of Europeans and 24% to save money. If for 49% of the French, Dame Covid has an impact on their enthusiasm for travel, they are still 72% to point the finger at inflation which is reaching records. However, the pandemic has forced all French people to change the way they travel. previousMediterranean Sea is experiencing a brutal marine heatwave this July