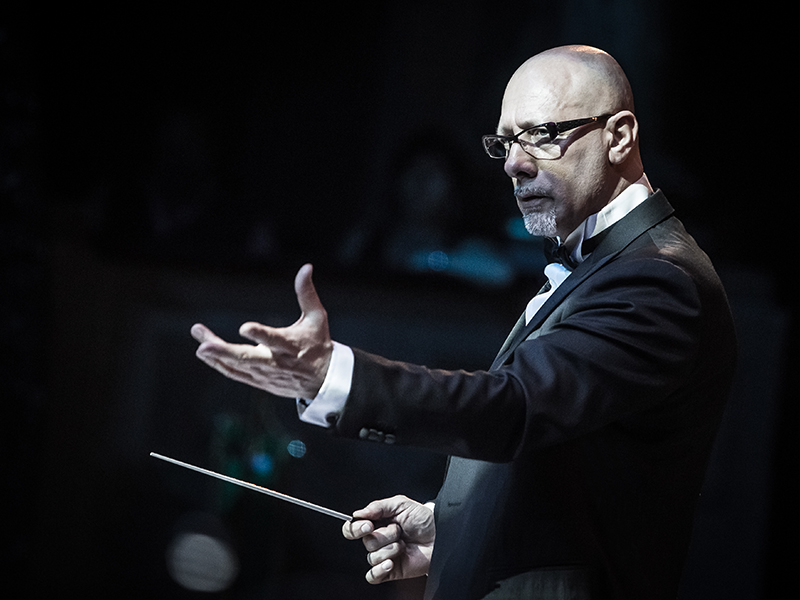 The Italian composer and conductor has already graced Maltese audiences since the Mediterranean Orchestra was launched in Malta three years ago. On the 4th October, the Orchestra will accompany all artists performing during the Radio Italia Live concert at the MCC.

A true musical prodigy, Maestro Santori first fell victim to the ‘music bug’ at the tender age of five, when he started taking piano lessons. That fateful lesson eventually led him to become one fo two founders of the popular Omnia Symphony Orchestra in 2005, head the Sanremo Festival Orchestra in 2009, and direct both the Italian Philharmonic Orchestra and the Mediterranean Orchestra.

On the 4th October, his baton will ensure a versatile range of music from jazz to sacred, each setting the scene for an evening of celebration of Mediterranean identity and culture.

Asked how the festival itself has linked music to history and culture, the Maestro described music as its own form of dialogue which sheds light on a country’s way of life and history.

That is the purpose of the Mediterranean Orchestra, and ultimately the MedStars festival, so the Region reveals itself and its own history, as well as its own contemporaneity. After all, in the words of Santori himself, “the ultimate destination of our musical journey is always the union of people”.

You can get your tickets free of charge on the festival’s official website.

previousWhy you should roam in Rhodes next

nextWhere to have your first solo trip