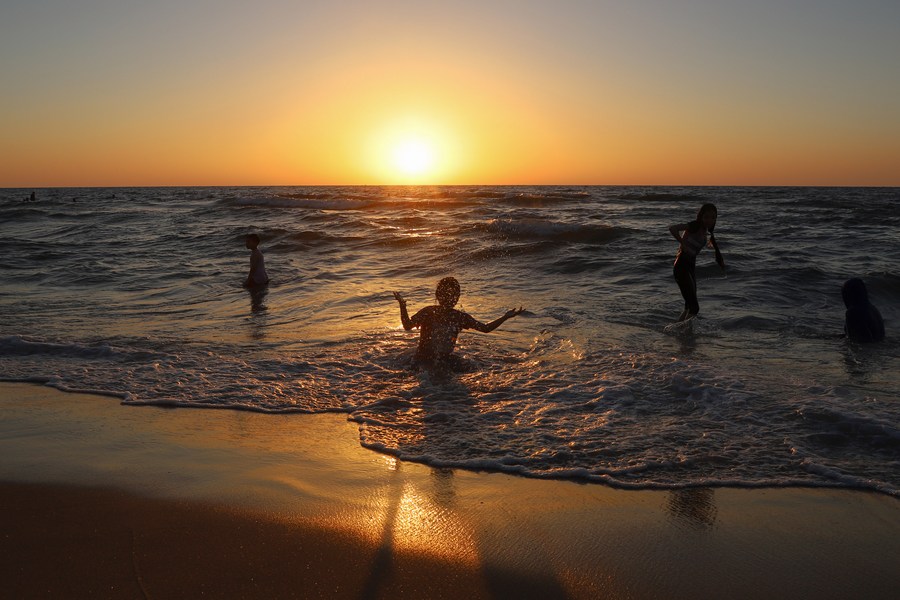 This is being reported by US Storm Watch Agency. The Agency added that we must keep in mind water has more than 4X the heat capacity of air which means it’s much harder for water to warm than air. A 6.2°C sea surface temperature anomaly in the Mediterranean is simply astonishing. Xinhau News Agency also reported in June that the surface water temperature of the Mediterranean Sea in May hit a peak of more than 23 degrees Celsius, which was four degrees Celsius higher than average over the 20-year period ending in 2005, as a marine heatwave hit the waters, according to report published by the CARE Heat Project.

The CARE Heat Project reported that the surface water temperature of the Mediterranean Sea in May hit a peak which is likely to have a lasting impact around Italy. Italian research agencies the National Agency for New Technology, Energy and Sustainable Economic Development (ENEA) and the National Research Council (CNR) participated in the project.

According to environmental group Greenpeace, the increasing temperatures are having a major impact on marine biodiversity off Italy’s coastline.

Some vulnerable species are disappearing from the sea around Italy, Greenpeace said, and are being replaced by species better suited to thrive in warm waters. These new species are often alien to the area, creating dangerous knock-on impacts across the ecosystem.

The report came as Italy grapples with a land-based heatwave, exacerbated by a lack of rainfall. This has sparked requests for states of emergency to be declared across much of central and northern Italy, and is endangering agricultural production in multiple areas.

nextMorocco and Tunisia the default preferences of the French