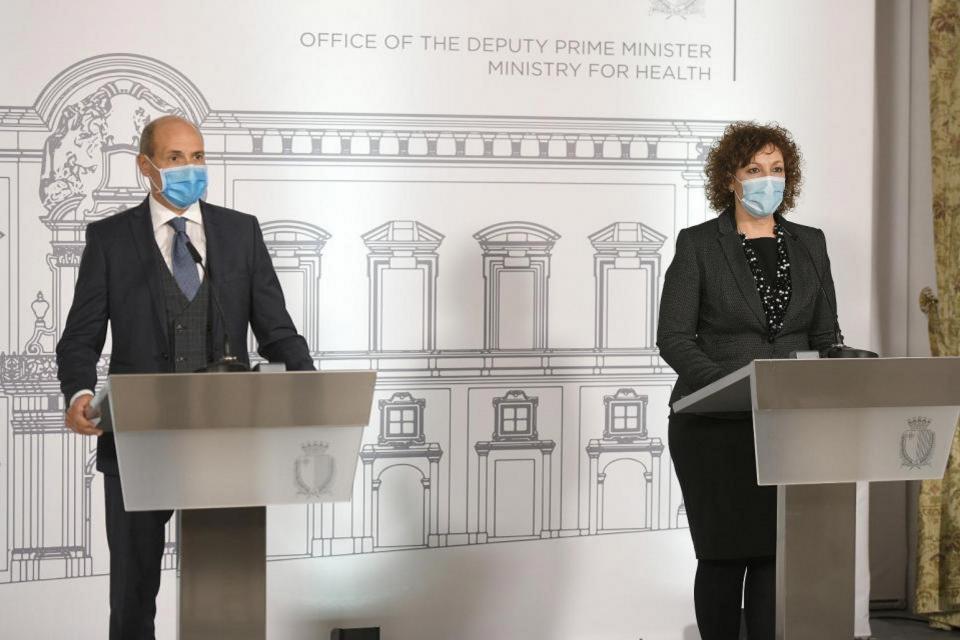 People who are fully vaccinated will not have to wear a mask outdoors from July if they are alone or with another vaccinated person, as Malta achieves ‘herd immunity, Chris Fearne has announced.

The health minister made the announcement in a news conference with Superintendent of Public Health, Charmaine Gauci.

He said that if the COVID-19 numbers continue to stay stable, Malta’s mandatory mask rule will be eased from July.

“We had already said that from June 1, those out for a swim won’t have to wear a mask,” Fearne said. “If the numbers continue to permit, from July, those who have been fully vaccinated, will not need to wear a mask.”

However, masks will remain mandatory in groups of more than two and restrictions in some places will remain, he said.

It comes as Malta achieves its goal of giving 70 percent of the adult population at least one dose of the vaccine.

“Today we have reached herd immunity,” Fearne said, “The vaccine is a weapon against the virus.

The 70 per cent target was set by the” European Commission, with all member states expected to reach the milestone by the end of summer. However, it is not clear if the target was for one or two doses of the vaccine.

Malta is currently vaccinating people at a faster rate than its EU peers.

He said by Monday evening 70% of adults will have received at least the first dose of the vaccine, while 42% of the population have been completely vaccinated at this stage.

There are only six patients in Mater Dei Hospital with COVID-19, he added, including just four in ITU.

Health authorities have previously confirmed that they are basing the herd immunity target on the share of people who have received one vaccine dose.

Vaccines are being administered to anyone aged 16 and over, although health authorities may expand vaccination to include children aged 12 to 15 if the European Medicines Authority advises countries to do so.

According to official figures released by health authorities on Monday, a total of 474,475 COVID-19 vaccination jabs have been administered so far.  The figures show that 302,933 of these were first doses.

The latest population figures made available by the National Statistics Office, which date to the end of 2019, show that Malta’s total population stands at 514,564. The number of people aged 16 and over amounts to 432,616.

That means Malta has given at least one dose of the vaccine to 70% of the adult population aged 16 and over.

Authorities have said that they consider a person to be ‘vaccinated’ in terms of data collection, even if they have only received one dose.

Vaccination is currently available to every resident aged 16 and over. Vaccine registration can be done online or via SMS.

Speaking on Sunday, Prime Minister Robert Abela hailed Malta’s vaccination programme as an example of EU-wide best practice and urged anyone who has yet to register for vaccination to do so as soon as possible.

Vaccination is currently open to anyone aged 16 and over. Applicants can register for a jab at vaccin.gov.mt. previousIbiza already with 12% more bookings than all of 2020