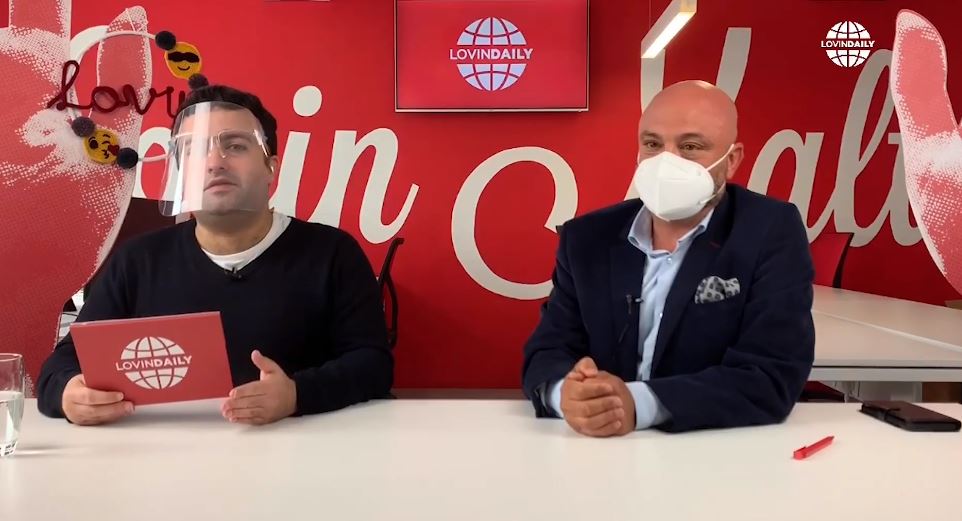 It’s looking like a perfect storm for restaurants. Not only do they have to adapt to constantly changing COVID-19 rules but they’re facing serious staff shortages too.

“Over the past months, a number of employees left the sector,” Agius Muscat said when interviewed on Lovin Daily by Tim Diacono this morning. “Some foreign workers returned to their home countries and some Maltese workers left the tourism sector entirely and moved to retail, factories, or other jobs.” “This is a big problem because restaurants need people to operate, you can’t just turn on a switch. However, few people are ready to work in such an uncertain environment and this is a big challenge.”

“Attracting employees from abroad is difficult too because of the COVID-19 situation; there will be cases where people have obtained work permits but aren’t allowed to travel because of EU directives. It’s a very complicated situation.”

The MHRA recently launched the ‘Save Our Restaurants’ campaign to raise public awareness about the plight of restaurateurs.

Describing the situation of restaurants as being on the “brink of survival”, Agius Muscat warned that the entire Maltese economy will take a massive hit if the tourism industry goes under.

“It will impact everyone because the ecosystem of our economy is directly linked to tourism. Pensioners will suffer, everyone will suffer unfortunately. But there is still hope, we’re looking positively and trying to keep our members hopeful as much as possible.”

And while he welcomed the wage supplement scheme and other government initiatives, he warned it’s not enough to keep restaurants afloat.

“Restaurateurs appreciate the support but they want to work and earn their money; if they’re just going to earn a subsidy they can close their doors and work with another employer.”

“That’s not their business model, these are ambitious people who went to study at ITS, who invested all their savings in a restaurant, who have dreams and ambitions. These are the people our country must support.”

Prime Minister Robert Abela yesterday announced that restaurants will be allowed to reopen on 10th May but must close their doors to seated diners at 5pm, effectively limiting them to breakfast and lunch.

Agius Muscat said that while the official announcement is positive in that it ended speculation, the reality is that many restaurants’ business models are based on both lunch and dinner.

“Every business needs to serve clients… we have a light at the end of the tunnel but it isn’t enough for a number of restaurants to operate in a way that justifies the cost of the operation.”

“Yesterday was a long day. Many restaurant owners and employees called me up, some at 9pm, trying to work out the shifts and do their sums to see if they can open or not.”

“Some will opt not to open, some will go for the opening but are concerned that they’ll work hard for returns which won’t cover their costs. Some said that the authorities should have at least given them the chance to serve dinner outside; it wouldn’t have been perfect but it would at least have given more restaurants breathing space to start operating.”

The MHRA CEO bluntly warned that, as it stands, a number of restaurant owners stand to lose their homes because they’ll be unable to repay their mortgages.

“Are these the majority? I cannot say but we’re hopeful and want to send out a message that there is still hope to save our restaurants.”

What can be done to save Malta’s catering industry?