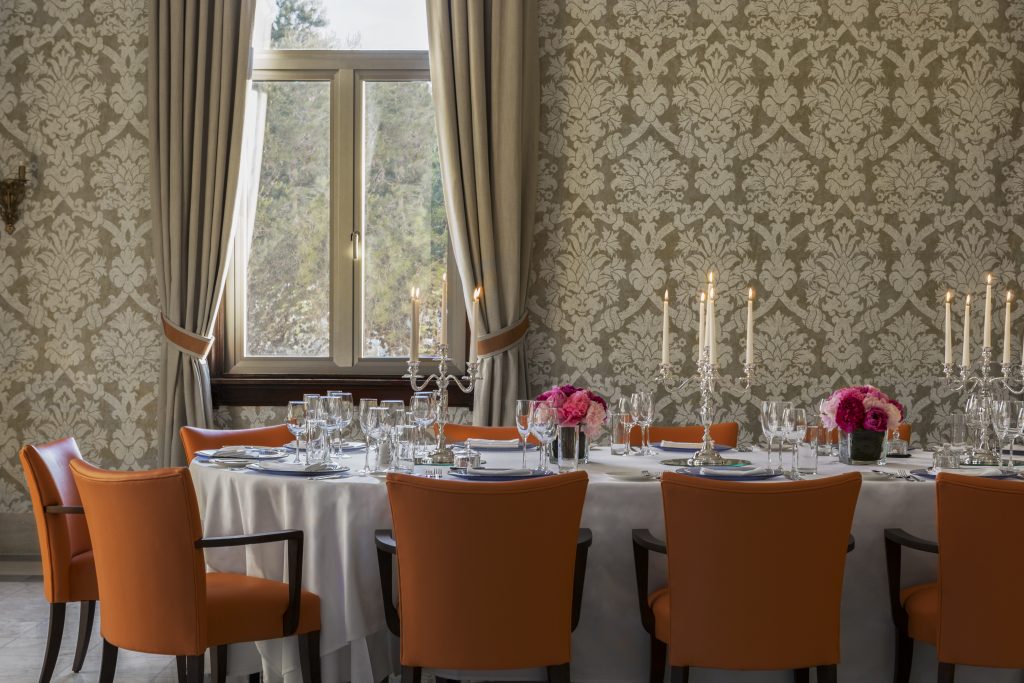 The Phoenicia is without a doubt an icon in the hotel industry in Malta. The building itself asserts its presence with its grandeur as one makes their way to the gates of the capital. A symbol of history and sheer elegance. This Valletta icon is a fine example of the city’s revered architectural traditions. A member of The Leading Hotels of the World, The Phoenicia Malta offers unparalleled 5-star luxury within walking distance to the capital city’s best attractions.

This prestigious hotel building was built back in 1939 by Lord & Lady Strickland and designed by architect A. M. B. Binnie. The aim of the project was to build Malta’s first luxury hotel just outside Valletta’s royal gate. Since WWII broke out, the hotel was not officially opened but was taken over by the services and used by R.A.F. personnel during their days off. The Phoenicia was then officially opened in 1947 to provide a cosmopolitan clientele with a standard of comfort and service matching that found in the highest grand hotels in any other European capital. Just over two years ago, on the 15th of April 2017, The Phoenicia Malta opened its doors once again to guests following a large-scale renovation, that was done in order to reaffirm its stellar reputation as Malta’s leading luxury hotel. This refurbishment has marked a new era for this beloved grand hotel in the Maltese islands’ capital, Valletta.

Their luxury bedrooms and suites have all been lovingly restored. It was of paramount importance to retain the original features of the rooms, including the authentic tiled floors, that was done together with Peter Young Design. The room features have been chosen in order to reflect a fresh Mediterranean feel, creating an oasis-like ambiance for guests yet still soaking in its historical opulence. From luxurious fabrics to amenities, The Phoenicia is without a doubt one of the most beautiful accommodations on the Maltese islands! This historical landmark is nestled in seven and a half acres of gardens, away from the bustling streets of the capital. At the very edge of the gardens, one finds a little stone bridge that is the entrance to one of the hotel’s most sought after venues. The Bastion Pool is a modern feature that is a bold yet complements the classical features of the rest of the hotel, that enjoys breathtaking views of the Marsamxett Harbour and also parts of St Michael’s bastions.

Passion for food is endless, at The Phoenicia. Each and every menu is carefully crafted to make sure to combine the best of the local produce with sensational flavours. The restaurants at the hotel have a little something for everyone, whether you’re popping in for a quick snack, dinner or to enjoy an afternoon tea. Whatever you fancy, undoubtedly there’s something to quench your cravings at one of the hotel outlets. We mustn’t forget to mention that the hotel has been planing Malta’s most exclusive weddings and events for decades, furthermore making it an establishment that is loved and celebrated by Maltese society. With its stunning views, lush gardens and jaw-dropping venues, The Phoenicia is an unforgettable setting for any kind of celebration!

Despite its long journey throughout the years, and the changes it has encountered and also the world around it, the Phoenicia Malta remains an icon of sheer opulence and elegance in the eyes of the Maltese society. Forever a landmark that both compliments and graces the capital of the islands.