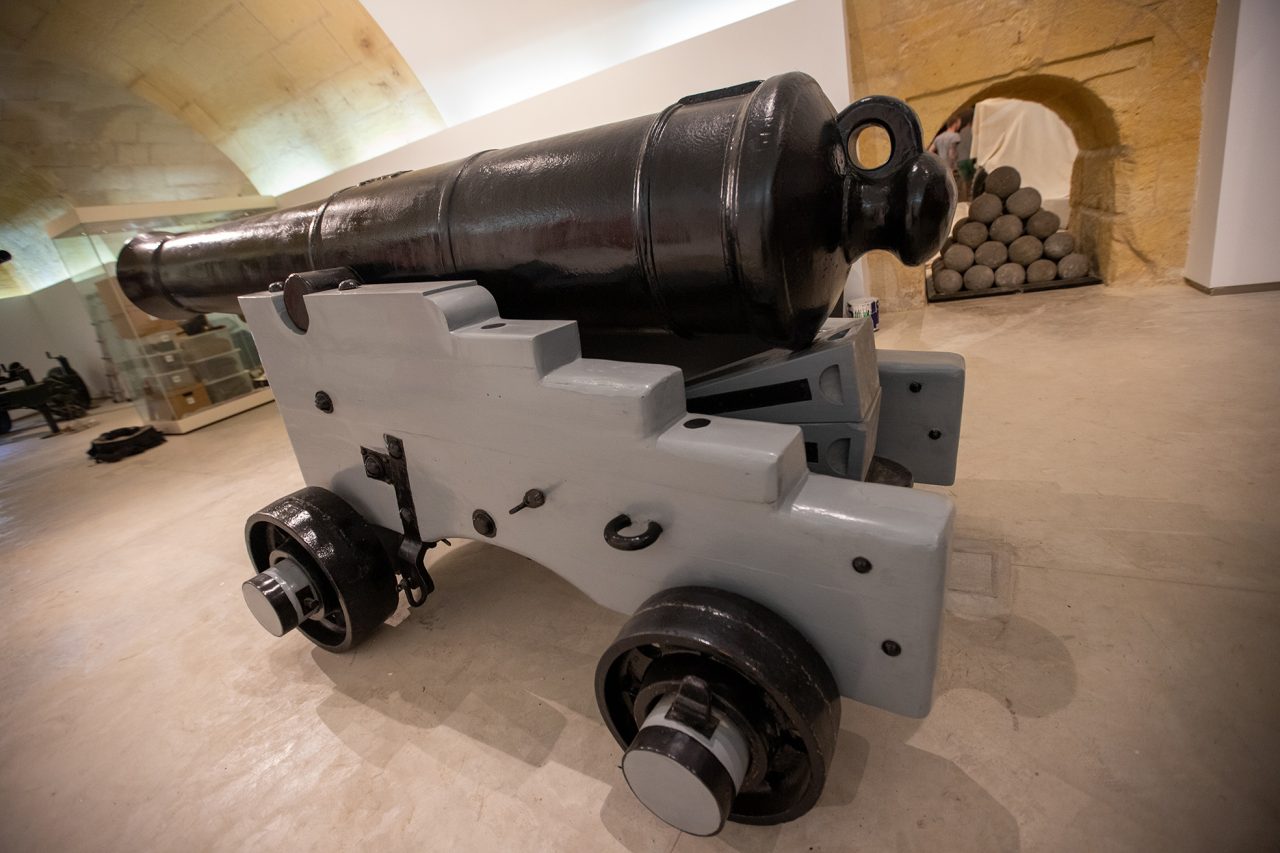 Although relatively complete the carriage was in a terrible state of preservation and had extensive parts of its woodwork eroded, missing or damaged. Its metalwork especially that which held it together also needed of a lot of attention. This garrison standing carriage is a general copy of the standard British naval carriage but fitted with metal wheels for use in land fortifications.

‘We are particularly proud of this particular carriage, as although hundreds of them equipped Malta’s fortifications during the 19th century, this is the only surviving timber specimen, as later carriages were constructed of iron’ said the FWA Chairman. ‘The carriage will be displayed at the Time Gun Museum, housed at the former Garrison Crypt Church at Castille place in Valletta, currently also undergoing restoration, and will tell the history of the Saluting Battery and its role as a time-keeper.’ ‘Conserving our rich heritage forms part of Bank of Valletta’s commitment to the Community in line with our ESG Principles,’ said Charles Azzopardi. ‘As a long-term main partner of Fondazzjoni Wirt Artna, we are proud to again be associated with the Time Gun Museum Project that will offer a detailed experience of artillery in Malta throughout the ages as well as Malta’s principal role in the Mediterranean basin.’

‘We encourage the public to visit the numerous historical sites managed by Fondazzjoni Wirt Artna all over Malta, an enriching experience in itself, while also assisting the FWA to continue in their mission to safeguard Malta’s unique heritage.’