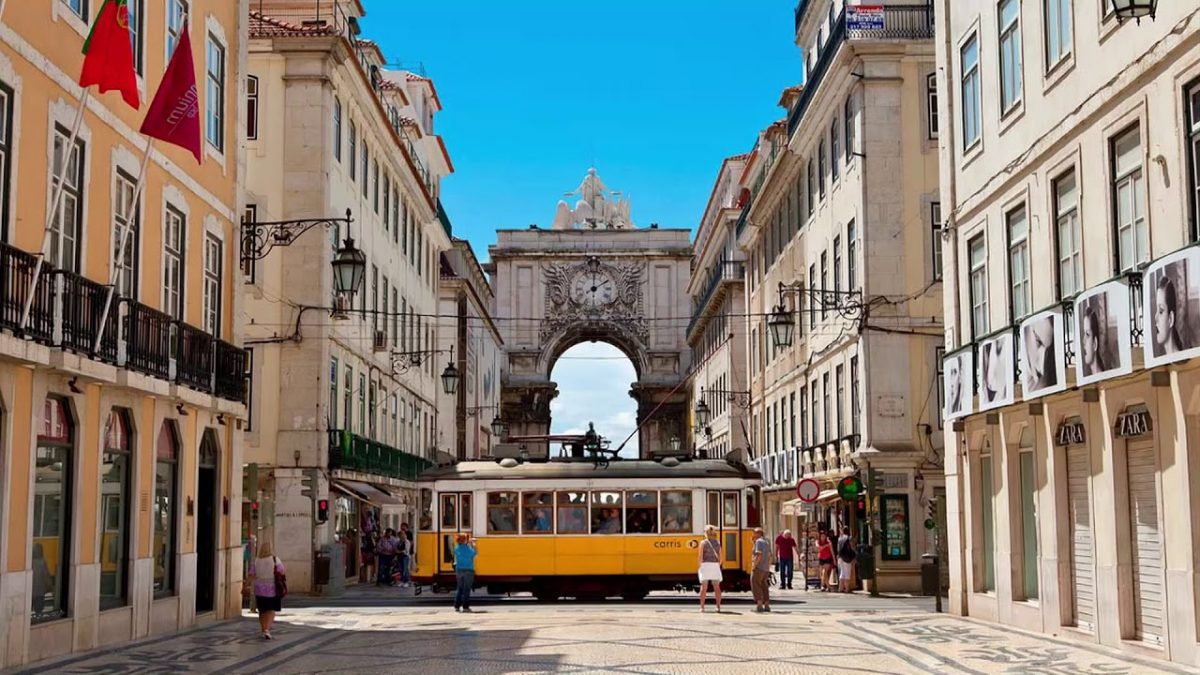 Portugal has joined Malta in only allowing fully vaccinated British holidaymakers to visit quarantine-free amid fears over the delta variant of COVID-19.

The tightening of restrictions by Malta came just a day after the Mediterranean island was added to the UK’s green list for international travel.

Those who arrive in Malta from June 30 will have to quarantine for 14 days if they are unable to prove they have had two jabs.

The same 14-day quarantine curb will apply from today (Monday) for travel from the UK to mainland Portugal, the Foreign Office confirmed in an updated travel advisory.

The Portuguese mainland remains on the amber list, having abruptly changed from green on June 8 prior to last week’s traffic light system review.

However, those Britons with both does of vaccine at least 15 days prior to travel will be exempt from showing a PCR test on entry to the Portuguese island of Madeira, which goes onto the green ‘watch list’ from 4am on Wednesday alongside the Balearics and Caribbean islands such as Barbados.

The changes add further confusion to the rules for foreign travel ahead of the summer peak.

And they are being imposed amid reported efforts by France and Germany to force British tourists to quarantine when travelling to anywhere in the EU.

French president Emmanuel Macron and German Chancellor Angela Merkel were thwarted last week in a bid to impose a Europe-wide quarantine rule for people flying to the bloc from the UK.

But it is believed French and German officials may use a Covid-19 meeting this week to apply more pressure on the rest of the EU to align with them in a bid to combat the spread of the delta variant, the Telegraph reported.

Spain and Greece rebuffed the idea on Friday of introducing a blanket ban on UK holidaymakers given their reliance on inbound tourism.

Greek prime minister Kyraikos Mitsotakis said: “Regarding the delta variant, in my intervention I said that we should not adopt a logic of new restrictions but, on the contrary, accelerate the vaccinations.”

Henry Smith, Conservative chair of the Future Aviation Group, said the push by France and Germany was “more of a political effort” than a demand based on Covid-19 data.

He told the newspaper: “I think the EU probably sees trying to shut Britain out of international travel as being a competitive advantage to themselves, but I think that’s quite short sighted,” adding that the move risked damaging Continental economies by blocking business trips and tourism.

“Good luck getting the Spanish Greeks and Portuguese to agree to that, because I think they will rightly look at the imperatives for their economy,” Smith said.

In an update on Friday afternoon, TUI confirmed it will be operating to the green destinations of Antigua, Ibiza, Majorca, Menorca, Barbados, Grenada, Madeira, Malta, Iceland, Gibraltar and Jersey.

TUI said: “We are continually reviewing our holiday programme and cancellations in line with the government updates every three weeks, with the next update expected on the 15th July.

“We won’t take any customers to destinations that will require quarantine on arrival, unless this can be foregone by a COVID test, or red destinations.”

Danny Callaghan, chief executive of the Latin American Travel Association and chairman of the Travel Industry Alliance, said: “Whilst the addition of a few countries to the green list is a welcome development, there is still a huge amount of mistrust amongst the public following the Portugal debacle, so we must keep up pressure on the government to stick to the protocols of the Global Travel Taskforce so that they don’t suddenly put one of these green-listed countries back to amber.

“We also have to maintain pressure over financial support, and not allow the government to think that we are out of the woods because of they’ve thrown us a few green-list scraps.

“There are also potential challenges with Angela Merkel trying to keep Brits out of the EU unless they quarantine.

“It was interesting to see that George Eustice, secretary of state for the environment, was criticising Merkel over this despite him being part of the very government that is doing all it can to deter Brits from travel.

“Mind you, I notice that Angela Merkel isn’t banning the German football team from coming to the UK despite the supposed risks she claims that would entail. It’s nice to know that politicians from all countries are capable of the same gross hypocrisy.”

Meanwhile, new health secretary Sajid Javid is due to update MPs today on when the remaining COVID measures will lift in England.

Prime minister Boris Johnson has said the measures will ease on July 19, but has also promised a data review to see if this can happen two weeks earlier on July 5.

The Commons is expected to be given the details of the review this afternoon.