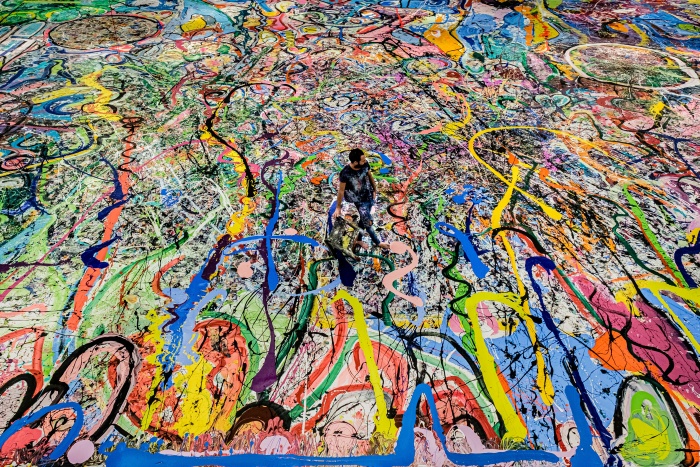 The largest painting in the world – produced at Atlantis, the Palm – has been sold for £45 million to raise funds for charities. The huge work, created by British artist Sacha Jafri, measured 1,600 square metres, and took eight months to produce.

Jafri planned to sell it in 70 parts, but French cryptocurrency businessman Andre Abdoune bought the whole work. The price makes it one of the most expensive paintings ever sold at auction by a living artist.

Jafri started by putting out an appeal for children to send him their pictures representing how they felt during the pandemic. He got responses from 140 countries, which he used for inspiration, he said. In September, Guinness World Records recognised it as the largest ever art canvas. Speaking about the philanthropic, record-breaking venture, Timothy Kelly, managing director, Atlantis Dubai, said: “As one of the world’s leading family destinations, we are honoured to support an initiative that will help to unite and strengthen different societies at a time when we need it most, while capturing the imaginations of children and their families across the globe.

“This initiative, which aligns itself with our ongoing corporate social responsibility efforts, will achieve many milestones while raising much-needed support for children, as well as bringing positive change into the lives of so many.

“We are proud to support Sacha Jafri, Dubai Cares and other global charitable organisations in this humanitarian initiative.”