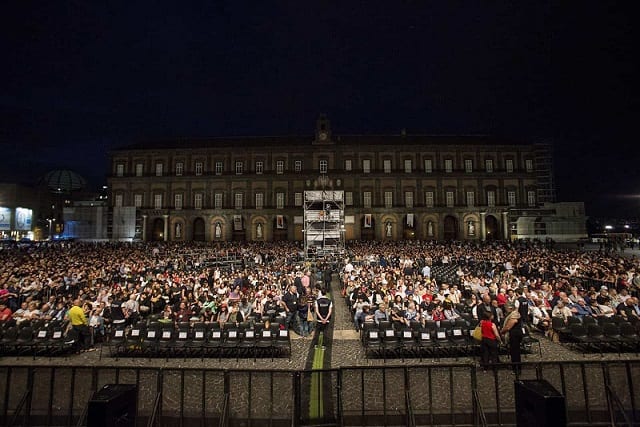 In September, space for a dance section and international section will take place in the Campania Teatro with performances under the guidance of Argentine Director, Marina Otero; Greek Choreographer, Dimitris Papaioannou; and Swiss Director, Christoph Marthaler.

This year will be the fourteenth edition of Campania Teatro being held from June 12 to July 11. Over 160 events will be presented for a month of programming in outdoor locations and in total safety. Citizens of Italy and tourists alike will have the chance to partake in this exciting festival being staged throughout the Campania region.

While the slogan is the same, the theatre is reborn, because after a year, the real rebirth of the theatrical sector still belongs to the category of announcements and good intentions. The new 2021 festival will be the fifth directed by Ruggero Cappuccio and will go down in history for being the one where the Napoli Teatro Festival becomes the Campania Teatro Festival.

This is a way to expect the future of the event which from 2022 will increasingly extend its cultural action from Naples to the entire Campania region, making the link and unity between landscape and architectural assets organic. This will also better specify the concrete commitment of the Campania region to support a multidisciplinary review organized by the Campania Foundation of Festivals which is chaired by Alessandro Barbano, who knows how to combine national and international culture with the beauty of some of the most evocative and symbolic places in the Campania region.

The region provides a wealth that is enhanced and conveyed not only through the involvement of many important realities of the Italian and foreign theatrical scene, but also with the attention to the talent and professionalism of many productions and companies that have operated for years in Campania, with a commitment that in some cases is artistic and social.

More than 1500 show workers from the region will be part of the Campania Teatro Festival 2021. This is another concrete signal of non-formal support to those who continue to suffer the harsh economic consequences of a sector that has always been in difficulty then aggravated by the pandemic. This is all with the hope that the Italian State will do its part, as has happened in other European countries, recognizing rights that are currently still denied.