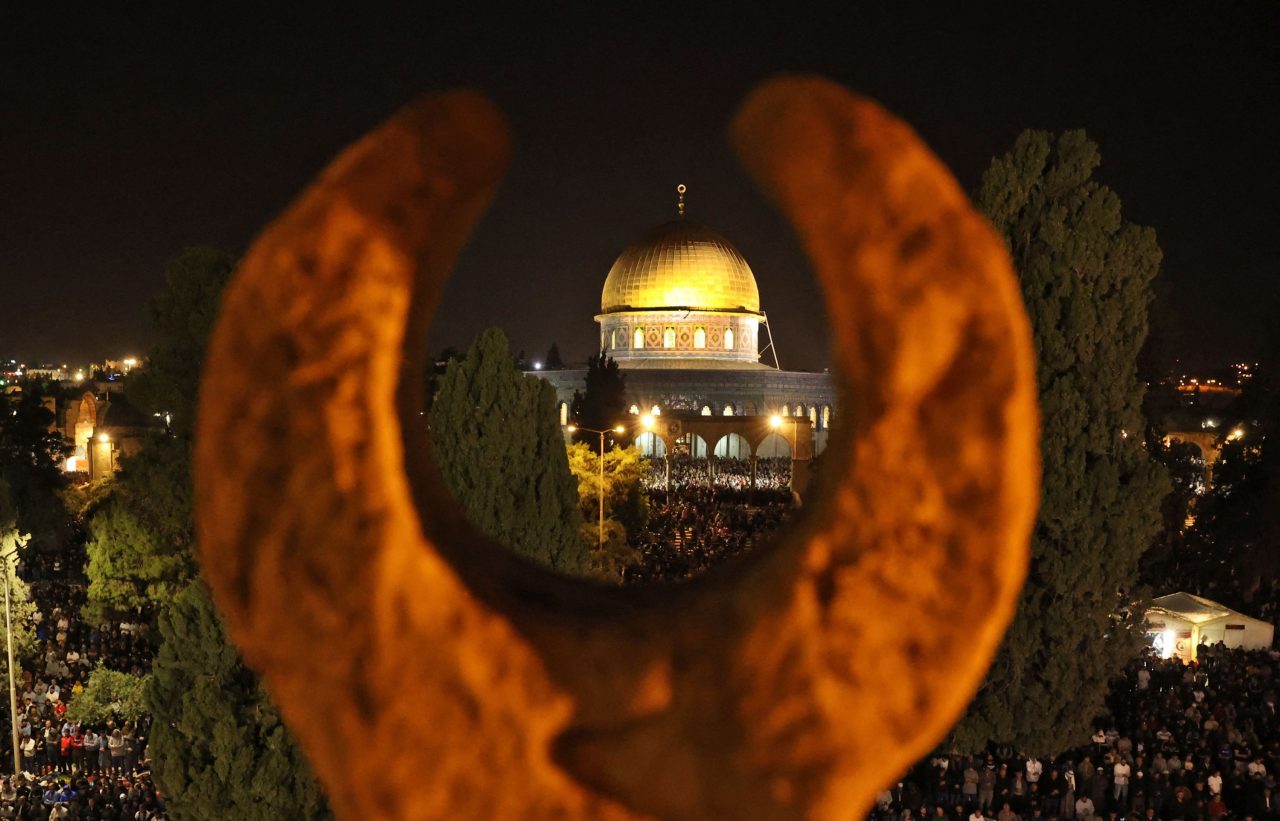 Laylat al-Qadr, or the Night of Destiny, the night that is thought all the prayers are answered, was welcomed by the Muslims around the world. The deeply revered and awaited night symbolizes the night of the first revelation of the Quran to the Prophet Muhammad.

Although the exact date remains unknown, Laylat al-Qadr is widely believed to be the 27th night of Ramadan.

This year, Laylat al-Qadr was observed in the mosques across Turkey on Wednesday night after two years of COVID-19 restrictions. Hundreds, in some places even thousands, of Muslims gathered and prayed together at some of the country’s most popular mosques, especially at Hagia Sophia Grand Mosque in Istanbul, which held its first Tarawih prayer in 88 years, a special evening prayer during Ramadan.

The night is referred to as Laylat al-Qadr in the Quran. The last 10 days of Ramadan are considered to be some of the greatest days and nights of the year as Allah says in the Islamic holy book that “the Night of Destiny is better than a thousand months.”

Muslims usually worship, perform the prayer and recite the Quran on this night.

Also, it is said that the Prophet Muhammad said: “Whoever stays up (in prayer and remembrance of Allah) on the Night of Destiny, fully believing (in Allah’s promise of reward) and hoping to seek reward, he shall be forgiven for his past sins.”

Muslims around the world fast during Ramadan, which means that they cannot eat or drink anything during the hours of daylight. Fasting during Ramadan is one of the five pillars of Islam.

At the end of the fasting month, Muslims celebrate Eid al-Fitr, known in Turkey as Ramadan Bayram, for three days.

previousMalta | Wage supplements to end in May 2022