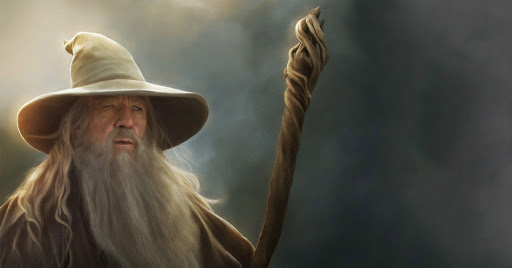 The Travel Pass Initiative got a further boost on Monday when IATA announced that Sir Ian McKellen was signed on to assist in its promotion.

Beyond appearing in commercials and in-person events, McKellen (or somebody else in his likeness) will greet travellers at their check-in desks. If the passengers can travel, he will gravely state “you shall pass”. If the COVID tests are not negative or the vaccine records are incomplete, he will slam whatever he’s holding on the desk and shout “YOU SHALL NOT PASS!”.

While this approach seemed to work, in a manner of speaking, with the Balrog, it is not clear whether it will be enough to deter persistent would-be travellers. When asked about this, McKellen shrugged it off, and professed his confidence in the fellowships of the airport security.

Check-in staff greeted this update with mixed reactions. The “Lord of the Rings” nerds embraced the initiative, as it gave them an opportunity to cosplay outside of the yearly Conventions. Others were opposed to it, grumbling that it was bad enough having to dress up in silly Santa hats in December, now this for the rest of the year.

nextUK Tourism spending 'worth just half of pre-pandemic level'