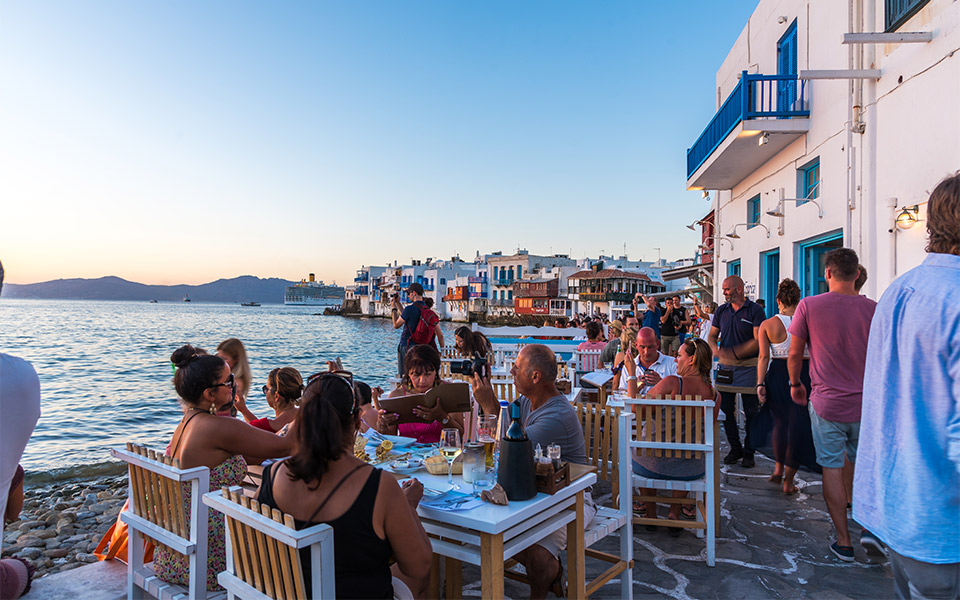 Greek tourism numbers are moving higher than expected, according to the chief economic advisor of the Greek Prime Minister, Alex Patelis.

Speaking recently on Bloomberg TV, Patelis said that the government’s initial target was for this year’s tourist arrivals to be double of the amount recorded in 2020 and half of 2019 levels.

Patelis underlined that at the moment, the charts are showing that international arrivals to Greece are following an upward trend.

“I don’t know what is going to happen in the future but the Delta variant does not seem to be reducing people’s appetite to travel and to have a holiday and I think there is a good explanation for that… We all had a difficult winter with lockdowns… Now, many of us are vaccinated, we want our lives back and we want a great summer,” he said. On Sunday, Greek Development & Investments Minister Adonis Georgiadis echoed Patelis when he told SKAI TV that bookings to Greece were already over 60 percent of 2019 levels.

“The goal of bookings has already been achieved as they are over 60 percent of the corresponding number of 2019,” Georgiadis said.

“If this good course is maintained in August and September we will achieve the target set in the budget, a development that will give the possibility of largely ‘healing’ the economic damage of 2020,” the minister said.

“Last year, from May 15 to July 15, a total of 660,000 visitors came to Greece, and this year this figure stands at 2.3 million. It’s a considerable increase. Let’s try to keep this pace and increase it,” she said during an interview to ANT1 TV.

Measures taken on Mykonos were necessary

In any case, the Greek government is aiming to confirm to the world that Greece remains a safe tourism destination, which is why it took such drastic measures recently on the island of Mykonos, once a sharp rise in Covid-19 cases was recorded, and imposed extra restrictions for 10 days.

Commenting on the decision to impose measures on Mykonos, one of Greece’s most popular destinations, Greek Development & Investments Minister Adonis Georgiadis justified the government for taking action to “protect the tourist product”.

According to Georgiadis, the image that Greece is a country in which the pandemic is out of control would surely endanger tourism.

“But the image that Greece has a government that is on top of the problem and can take quick decisions to control the situation, is an image that advertises Greece everywhere as a safe country,” he said.

The additional restrictive measures on Mykonos were lifted on Monday, July 26.