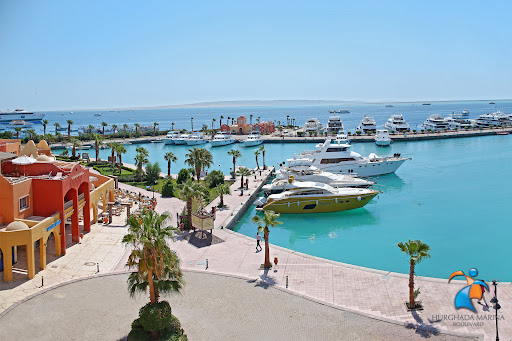 Dr. Atef Abdel Latif, Chairman of the Travelers Association for Travel and Tourism, Egypt, said that “Yacht Tourism is one of the most important tourism sectors that attract high spending tourism, as Egypt has many tourist resorts that can implement very attractive yacht tourism programs, and we can connect several Egyptian tourist resorts in one trip. It is possible to prepare a joint tourism program linking tourist destinations in Egypt and destinations in other tourist countries”.

Abdul Latif added that the interest in yacht tourism will have a major role in revitalizing the Arab and Gulf movement of tourist cities in the Red Sea region, such as Sharm El Sheikh, Hurghada and Marsa Alam, due to their proximity to the Gulf countries, and many residents in the Gulf countries prefer to move with their yachts, which requires the presence of anchorages. It accommodates the expected movement, and the entry procedures must be facilitated, including permits and approvals from various authorities.

The head of the Travel and Tourism Association called for the need to develop a clear and specific plan to revitalize yacht tourism in Egypt, and to facilitate the procedures required to enter it in order to attract more yachts and cruise ships in order to increase incoming traffic.

Abdel Latif stressed that the revitalization of yacht tourism will benefit primarily from the cities overlooking the Mediterranean, such as Marsa Matrouh, Alexandria and El Alamein. The tourist docks at Egyptian ports, including the reduction of fees. The tourism return from this activity is very high and covers any facilities granted.

The head of the Travelers Association for Tourism and Travel explained that European countries such as Spain, Greece and Cyprus attract yacht tourism and giant cruise ships to them, due to their strong structure and great logistic services in the field of ships and yachts, and they are a strong competitor to Egypt. The facilities they provide for yacht tourism and tourist boats that dock there are of high level, and we must follow suit in the facilities offered to its visitors, pointing out that there are strong and promising opportunities for Egypt in yacht and cruise ship tourism, because of the cities overlooking the white and red Bahrain that are unparalleled in the world.

Abdel-Latif called not to neglect the interest in the tourism of giant cruise ships that carry more than 2,000 tourists and roam the Mediterranean region, to visit a number of countries bordering it, such as Egypt, Greece, Cyprus and Italy. Receiving these ships on the shores of Alexandria and the city of El Alamein in the near future, for example, means that there will be a tourist boom in Alexandria, Cairo and Port Said through those arriving via these ships.

Navigational line between Matrouh and Italy

The head of the Travelers Association for Tourism and Travel suggested studying the implementation of a navigation line between Marsa Matrouh and southern Italy, by organizing tourist programs to visit Matrouh and its tourist attractions and enjoy its beaches, especially since Marsa Matrouh is highly qualified to receive yachts and tourist boats.

It is noteworthy that Dr. Mostafa Madbouly, Egyptian Prime Minister, recently held a meeting to discuss ways to attract yacht tourism, in the presence of Dr. Khaled El-Anany, Minister of Tourism and Antiquities, Dr. Mohamed Maait, Minister of Finance, Eng. Kamel El Wazir, Minister of Transport, and officials of ministries and relevant authorities, to review the promising opportunities for the development of yacht tourism in Egypt. Minister of Tourism and Antiquities, Dr. Khaled El-Anany, held a meeting on the same topic yesterday, to remove the challenges and obstacles facing yacht tourism in Egypt