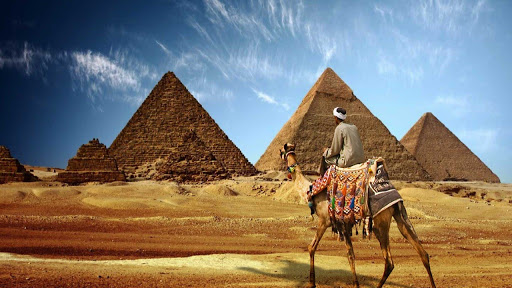 Egyptian Minister of Tourism and Antiquities Khaled al-Anany on Thursday said that the ministry has contracted with a Canadian-English company to produce an advertisement campaign to promote Egyptian tourism globally.

“This strategy will be delivered on the first of next July,” he said during a symposium organized by the “Mustaqbal Watan” party.

“The Ministerial Committee for Tourism and Antiquities agreed to implement the strategy through an international promotional campaign for tourism for three years, at a cost of $30 million per year, with a total amount of $90 million,” he said.

Anany said that there has been a monthly increase in the rate of inbound tourism to Egypt, indicating restored confidence in the country as a safe tourist destination.

During an interview with Al-Ahram newspaper published in May, Anany said “We have now reached 40 percent of the numbers for the same period before coronavirus outbreak… a good rate.”

He explained that the main destinations for inbound tourism to Egypt are Sharm el-Sheikh, followed by Hurghada and Marsa Alam.

Various ports in the Red Sea, South Sinai, Luxor and Aswan back in May began collecting entry visa fees to the country, equivalent to $25 per passenger, following the end of the exemption period announced by the cabinet for paying visa fees for tourists to the region. previousGreece to Lift Music Ban at Restaurants and Cafes on June 12, Abolish Curfew in July

nextEurope tells tourists: Welcome back! Now work out the rules