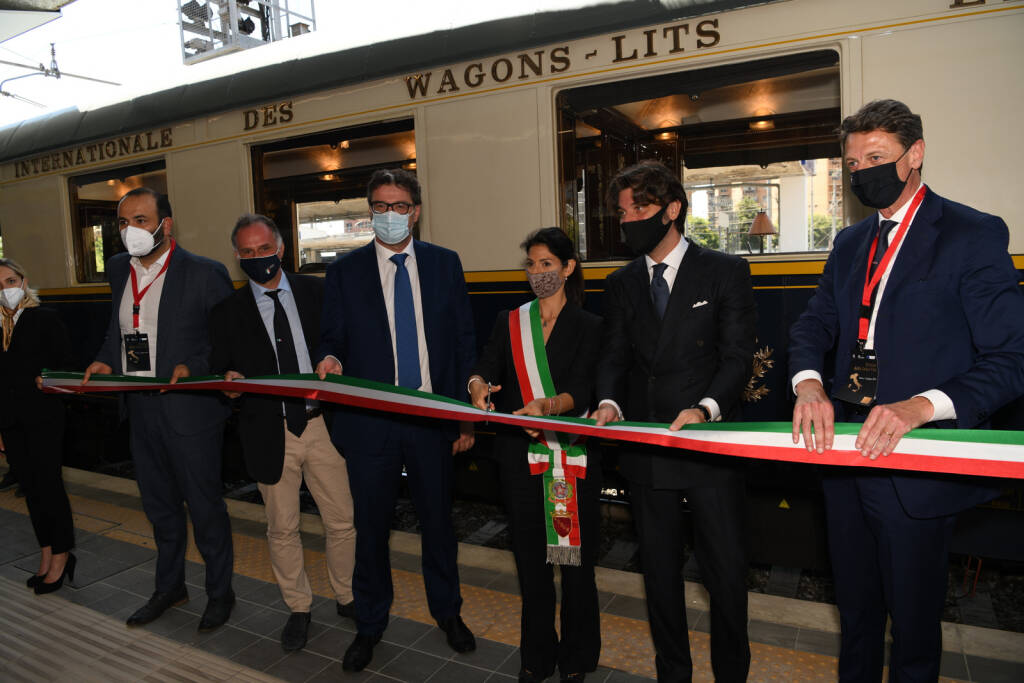 Italy’s railroads are planning new luxury trains that will take tourists on multi-day trips through the country in elegant carriages starting in 2023.

Tourism Minister Massimo Garavaglia presented the project under the motto “Treno della Dolce Vita” (Train of Sweet Life) together with the state railroad company FS and other stakeholders. The luxury trains will take travelers in an environmentally friendly and decelerated manner to a number of cultural sites such as Venice and Siena and to other tourist gems. There will be five convoys and the first journey of the Dolce Vita will start in January 2023. The routes will be different and will cross 14 Regions and 128 cities, in all 126 thousand kilometers from the Alps to Sicily. Each of the five trains will have 50 carriages with 20 suites each and 12 deluxe cabins.

Following the crisis in the travel industry caused by the Corona pandemic, the project, in which the upscale operator Arsenale is also involved, is intended to provide new impetus in the Mediterranean country.

Trips with one to three overnight stays are planned. For example, there is a plan for a round trip on the Mediterranean island of Sicily. Small towns in Tuscany and in the Alps, such as Cortina, are also to be visited. The motto “Dolce Vita” refers to the 1960 film “La dolce vita” by Federico Fellini. The project of luxury trains is not the only one as it seems that Europe embraces sustainable holiday more and more. A similar idea of combining the beauty of train travel and slow trips also appeared in France. The Midnight Trains company proposes to return to the romanticism of night trains, in trips with more privacy and comfort than the services of years ago.

The night trains, so popular for decades until the emergence of low-cost flights, may return thanks to claims of sustainability in tourism and the intention of recovering the pleasure of traveling slowly. The luxury trains should travel from Paris to major European cities including Madrid, Barcelona, ​​Brussels, Rome, Edinburgh, Hamburg, Copenhagen or Berlin. The trains will offer trips in private cabins, with comforts for two or more people, with their own bathrooms and technological details such as entertainment screens with movies on demand.