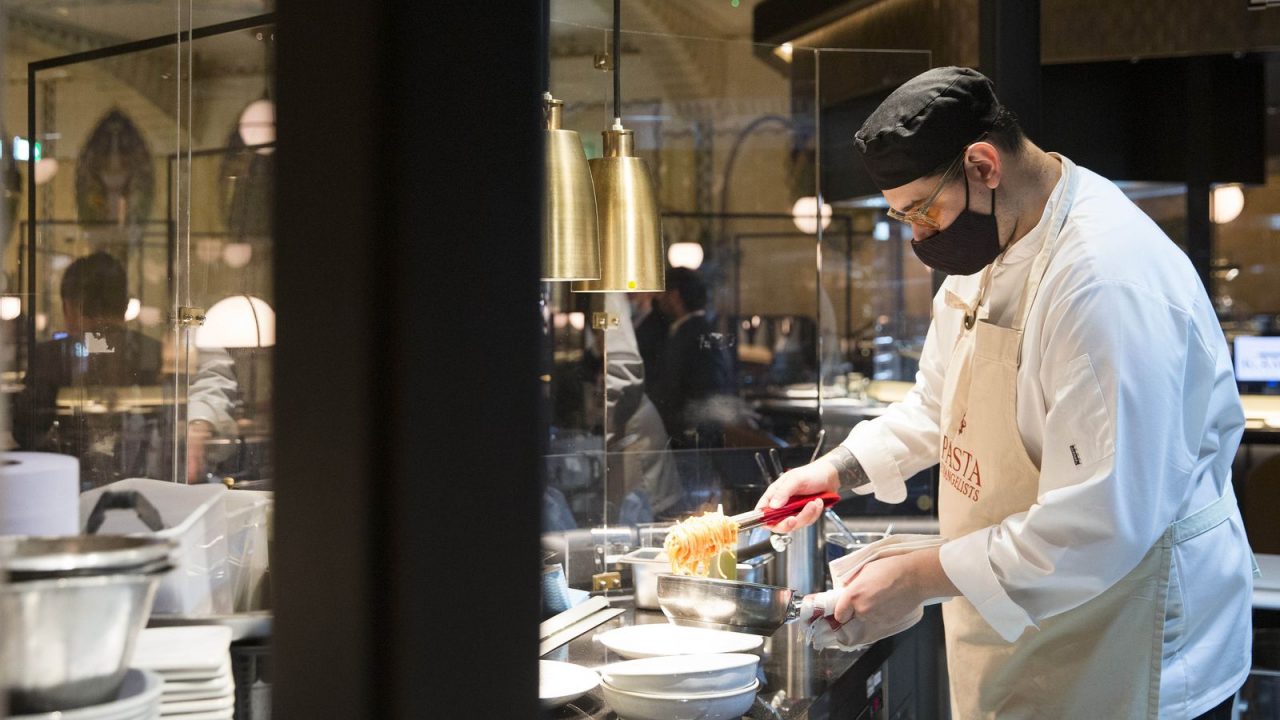 The UK Hospitality sector is calling for the planned end to most restrictions to go ahead on 21 June as businesses struggled through the pandemic.

The UK hospitality industry is facing a recruitment crisis as it struggles to fill thousands of vacancies.

Venues are finding it difficult to hire front-of-house staff and chefs as they experience a shortage of 188,000 workers, according to research by UK Hospitality.

Bars, pubs, restaurants and cafes have been able to serve customers indoors in England since last week.

But whilst customers have been desperate to dine, the industry has struggled to find people to serve them.

She said uncertainty surrounding restrictions has made the industry less appealing, and is calling on the government to stick to the reopening dates and lift all COVID restrictions by 21 June.

“The government must restore confidence in the hospitality sector so that it is again seen as a stable employer and provider of fulfilling careers,” she said.

But COVID restrictions are not the only issue the industry has to contend with, as some businesses are complaining that Brexit has also contributed to staff shortages as EU workers opt to stay in their home countries. “It’s sort of a perfect storm of Brexit, COVID and furlough,” said James Chiavarini, who runs Il Portico, an Italian restaurant that has been in the family for 55 years.

He said it has been “lovely” to have customers “flooding back” but said he spends between six to seven hours each day looking for people to hire.

“We are opening up a new restaurant next month and we have about seven vacancies which need filling and we have got about 26 days to fill them all,” he said.

“And now there is the added pressure of visas and Brexit and paperwork which still no one really understands.”

Many of the overseas workers who returned home at the beginning of the pandemic have not come back, with nearly a fifth of them saying the costs of quarantine upon return was preventing them, according to UK Hospitality.

Because of this, it is asking the government to consider a visa scheme for hospitality workers who do not qualify under the points-based immigration system.

But in the short term, it is asking for help to encourage UK-based workers to join the sector.

Some bars and restaurants are taking matters into their own hands, finding unique ways of getting staff signed up to the books.

Laura Harperhinton is a founder of Caravan restaurants and has been paying customers to recommend their friends for work.

“It’s a really simple scheme. It’s a £100 dining voucher to anyone that recommends a Caravan superstar,” said Ms Harperhinton.

“We have had incredible feedback from it – within 24 hours we had 60 responses.”

While the recruitment scheme has been working so far, Ms Harerhinton said it is not sustainable.

“Without government intervention, we are not going to see enough people coming back into the sector that we require or need,” she said.

The government has said it is doing everything it can to support hospitality to recover following the reopening of indoor venues earlier this month.

In a statement, it said: “Our dedicated Work Coaches are supporting people into work, including in hospitality, and through the Kickstart Scheme we’re offering generous incentives to employers to recruit, with hundreds of young people starting work every day.”

It also said it has been working with the sector to understand the impact on job shortages as a result of leaving the EU and the pandemic.

nextEgypt bets on Ancient finds to pull Tourism out of pandemic