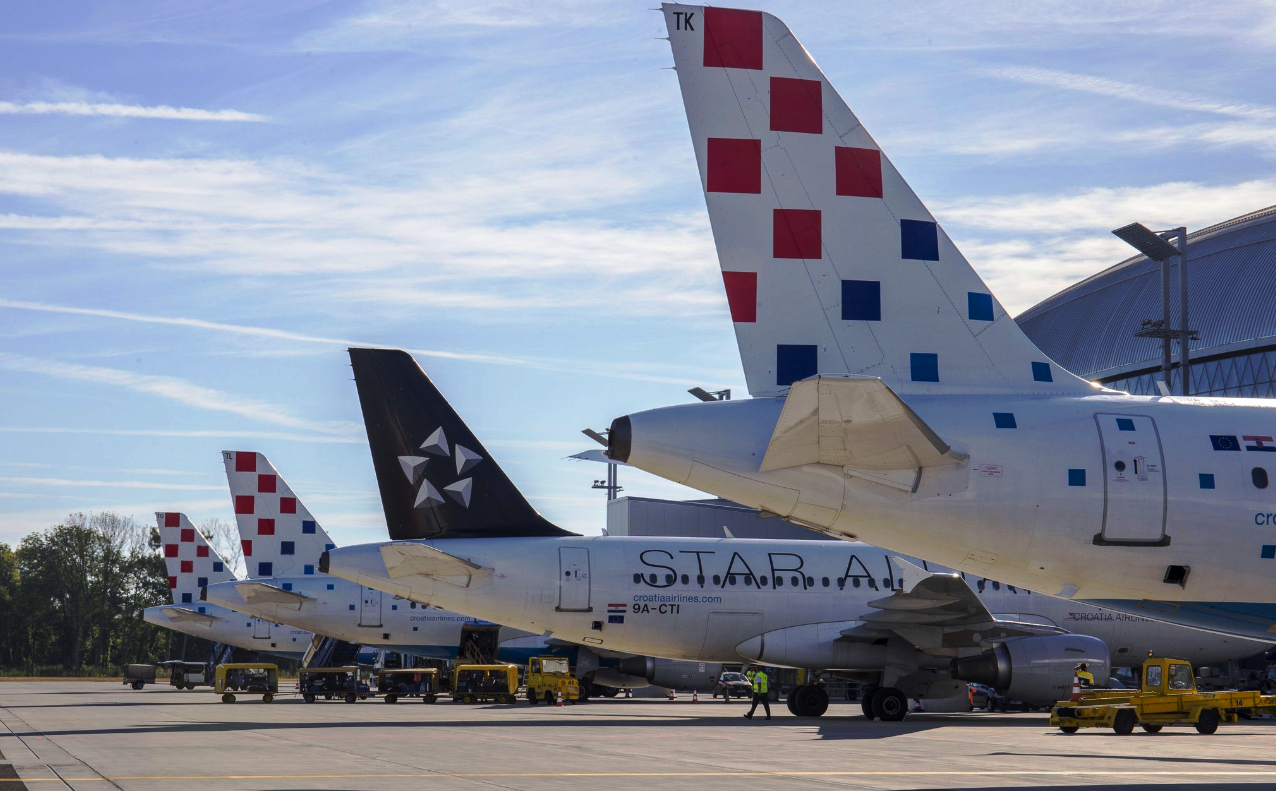 Croatian air traffic has well and truly outshined the dire situation we experienced last year as the vaccination rollout continues globally and restrictions on travel and tourism slowly but steadily allow for more flexibility. 285 percent more air passengers arrived in June 2021 when compared to the same month in 2020.

As Poslovni Dnevnik/Darko Bicak writes, although the ongoing coronavirus pandemic is far from totally over, all indicators suggest that almost all trends and figures in terms of freight and passenger traffic in national and international traffic, if not already returned to their pre-pandemic levels, are very much on track for a safe recovery.

The data from the Central Bureau of Statistics on traffic in Croatian seaports and airports also confirm this. According to that data, traffic in seaports doubled in June this year, and tripled in airports when compared to last year. Croatian air traffic has certainly been on the rebound, and it hasn’t come a moment too late.

According to the aforementioned CBS data, 5.43 million passengers embarked and disembarked in Croatian seaports during the second quarter of 2021, which is an increase of 81.8 percent compared to the same period last year.

Compared to pre-pandemic, record 2019, this is still a drop of 41.9 percent, but that isn’t really surprising. Circumstances caused by the spread of the novel coronavirus back in 2020 directly affected the decline in passenger and vehicle traffic across all Croatian seaports, and things are now finally showing signs of steady and sure recovery.

After a six-month break, in the second quarter of 2021, the return of passengers on cruise ships began. There have so far been 12 thousand passengers, but compared to the same quarter of 2019, traffic in that sector fell by a depressing 97.6 percent.

In the first half of 2021, compared to the same period in 2020, the total number of ships arriving in Croatian seaports increased by 30.3 percent, the total passenger traffic by 40.7 percent, and the total cargo traffic by 12.5 percent.

A similar situation, but with more pronounced growth, can be seen in Croatian air traffic, which suffered tremendously throughout 2020.

In June 2021, the total passenger traffic at Croatian airports amounted to 320 thousand or 285.4 percent more than in June 2020, when Croatian air traffic brought only 83 thousand passengers into the country. For comparison, back in June 2019, the turnover was 1.56 million passengers.