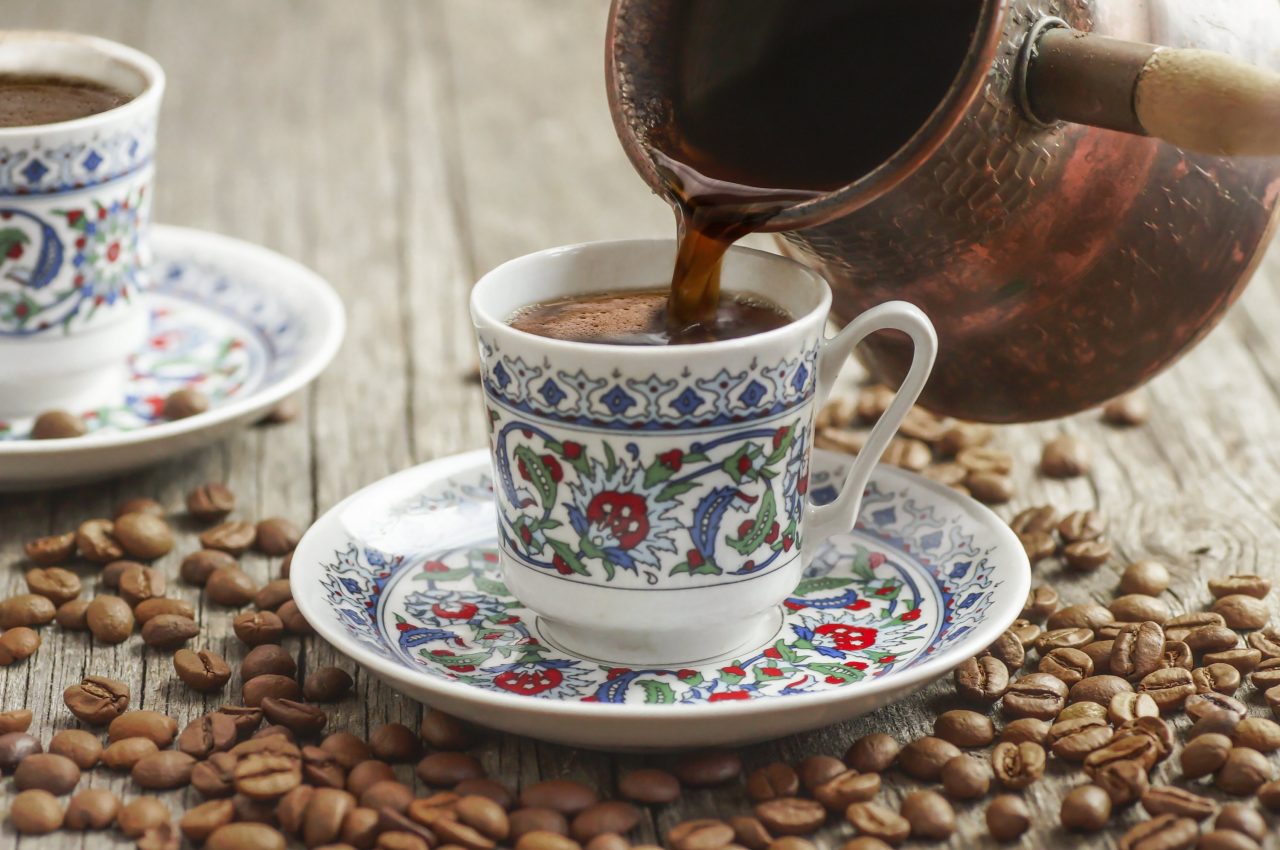 Boasting the largest private collection of Turkish and Ottoman coffee paraphernalia in the world, a Turkish couple has set their sights on establishing a unique coffee museum while also educating the public by loaning out pieces of their vast collection to prestigious exhibitions.

Collecting and contributing to the Turkish coffee culture became a lifetime endeavor for Nihal Bursa, head of the Department of Industrial Design at Beykent University in Istanbul, and her husband, Murat Sungur Bursa, a mechanical engineer, after the couple started their collection with three exquisite porcelain coffee cups around three decades ago.

Today, their collection contains thousands of rare items displaying the refined coffee culture that emerged in the Ottoman geography and spread to other parts of the world.

Their interest in coffee culture has grown into a collection, built piece by piece that they acquired during travels worldwide, auctions, street bazaars and antique shops over the years. The wide range of more than 5,000 items in the collection covers traditional equipment and vessels for preparing and serving coffee, roasters, coolers, mortar and pestles, grinders, boxes for storing, special coffee pots, cups, and censers, as well as printed matter and ephemera, the oldest pieces dating back to the 17th century.

Turkish coffee combines steps and stages of serving and brewing techniques with a rich communal tradition, while the tradition itself is a symbol of hospitality, friendship, refinement and entertainment, the couple said.

All of the equipment and vessels show the ceremonial character of Turkish coffee and its decorum.

In the same year, the exhibition “Turkish Coffee: Energizing the body+Feeding the soul” was organized in the Turkish Pavilion in Milan EXPO 2015. Recently, some items from the Bursa Collection have been hosted in the exhibition “Coffee: East&West” organized by the Mayer Museum for Islamic Art in Jerusalem, comprising one of the three major sections of the exhibition that display the Ottoman and Turkish coffee culture.

In the historical and holy city of Jerusalem, the exhibition opened its doors to visitors in July.

Objects on display represent the rich coffee culture of the Ottoman-Turkish period, the Bedouins and coffee-making equipment from more than 30 countries.

The museum’s director, Nadim Sheiban, who closed down the weapons gallery at the entrance soon after his appointment, approved the preparation of the coffee exhibition. Sheiban said rather than rifles, bows, arrows and swords, Islam is a religion that supports peace just like coffee has historically done.

Historical objects from among the Bursa family coffee collection were selected and moved to Jerusalem. The couple says they were thrilled when they received an invitation from the museum’s curator Yahel Shafer to contribute to the coffee exhibition.

Murat Bursa said Turkish coffee ceremonies are often organized during receptions held for foreign country representatives, adding: “The Turkish republic is only a century old, but we enjoy heritage from thousands of years by pointing out the same tradition at the Ottoman Court had.

‘’The tea ceremony in Japan is so admirable and exemplary, just as the Turkish coffee ceremony in our culture.’’

Turkish coffee, considered a part of the Turkish cultural heritage, was placed in UNESCO’s Intangible Cultural Heritage of Humanity List in 2013.