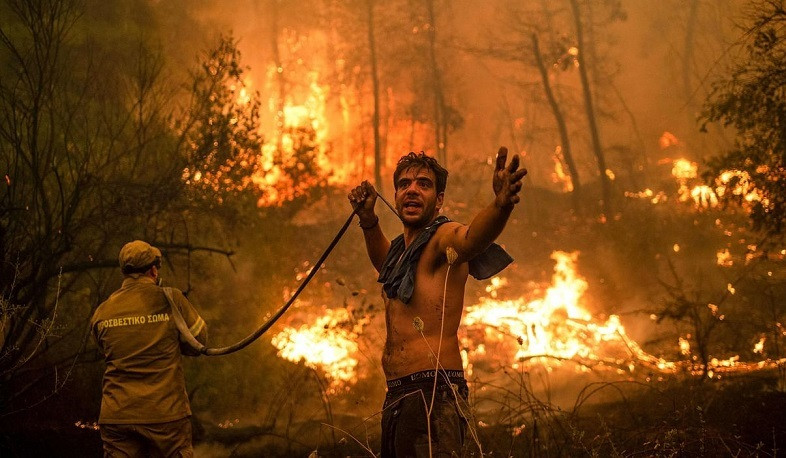 At least seven more people have been killed in Algeria as forest fires spread in the North African country. In total forty-two people, including 25 military men, have died in wildfires that erupted east of the Algerian capital, Algiers, Prime Minister Ayman Benabderrahmane said on Tuesday.

Benabderrahmane also told state television the government had asked for help from the international community and was in talks with partners to hire planes to extinguish fires.

State radio reported that some houses were completely destroyed, and al-Bilad newspaper reported that schools in Tizi Ouzou province were receiving citizens displaced by the fires.

Tizi Ouzou province is located around 150 kilometres east of the capital Algiers.

Al-Bilad reported that civilians have volunteered to help civil defence teams, who have been working on putting out fires since Monday.

At least 19 fires broke out in 14 provinces across the country.

Enormous wildfires have continued to rage across parts of Europe and the United States in recent weeks.

In Greece, firefighters battled the flames for days, with thousands of people being forced to evacuate. The blazes, which began last week, were triggered by the country’s worst heatwave in more than 30 years.

Rain brought relief to some parts of Turkey, as more than 5,000 firefighters fought blazes for the 11th day in a row.

More than 250 fires were burning in Russia, with the north-eastern region of Siberia most impacted by the flames.

Meanwhile, flames have ravaged northern parts of the US state of California, with authorities saying on Saturday that eight people are missing.