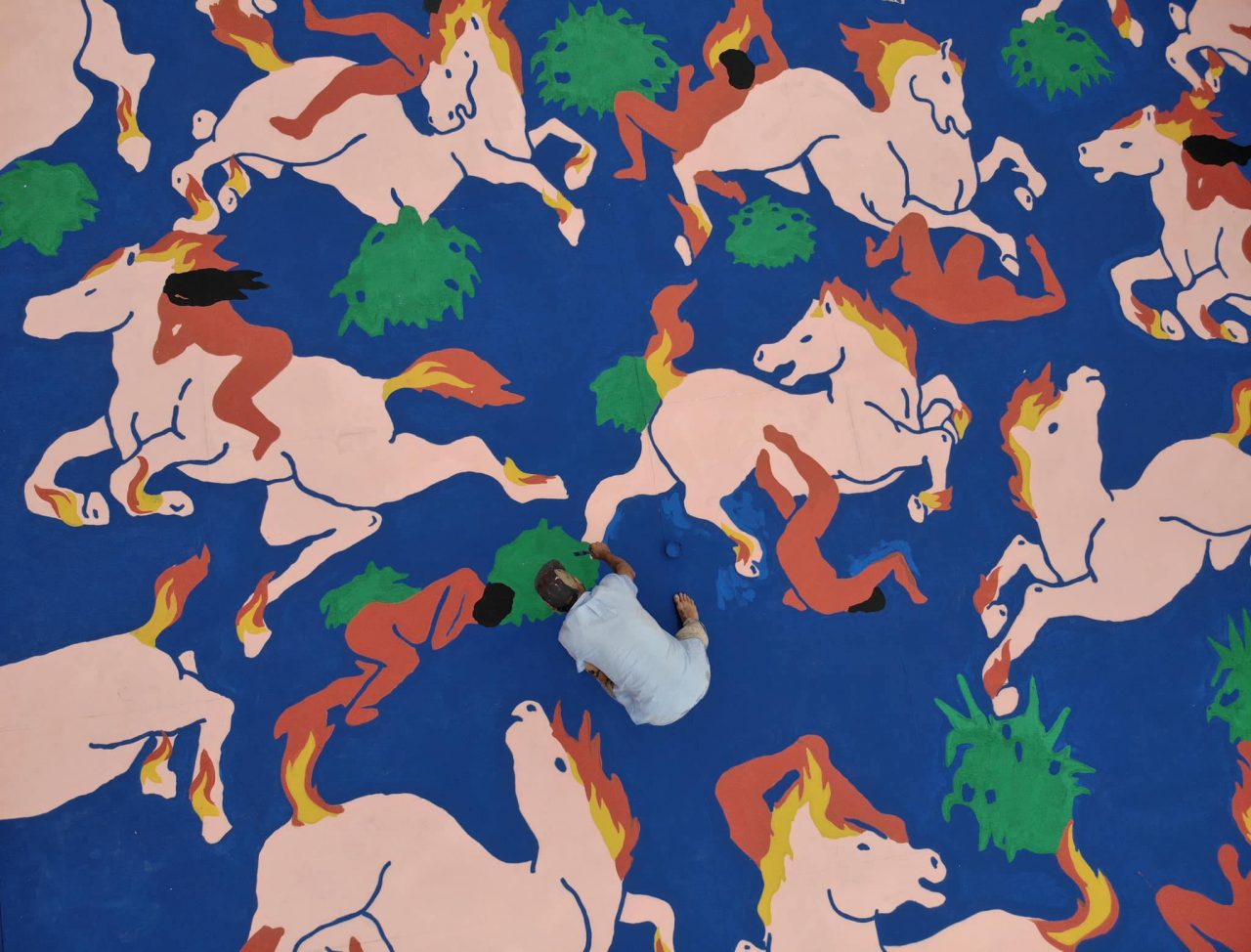 Walls with stories in every crack.

Tel Aviv has quickly become the world’s hub for expressionist public art. With graffiti being decriminalized, laws surrounding street art/graffiti are extremely lax in the city, making it a mecca for all public art connoisseurs. Here are a few amazing works you need to check out in the city. Located at Khayim Ben-Atar Street in Tel Aviv, local artist Kis-Lev shows the most popular members from the fictitious “27 Club.” The piece depicts Jimi Hendrix, Janis Joplin, Jim Morrison, Brian Jones, Jean-Michel Basquiat, Kurt Cobain, Amy Winehouse; all of whom died tragically at the age of 27. To the far right, there is an 8th unknown man believed to be the artist himself. As the story goes at the time, Kis-Lev was dealing with drug and alcohol addiction, including himself in this piece was seen as some sort of self-fulfilling prophecy in his own eyes. One day, someone painted over his face, causing many to speculate on the art work’s new meaning. Some say that the artists’ enemies covered his face in an act of pettiness; others noted that either the artist or his sister came to cover his face after he successfully lived to 28, beating his own prophecy. Dede, or Dede Bandaid, joined the Tel Aviv street art scene in 2006 and quickly established himself as a public artist. Using many different mediums, Dede’s work explores themes of anti-establishment, loneliness, and commentary on political, spiritual, and societal issues. His work commonly features white and black bandaids often contorted into various directions; its meaning is unknown. The distinct color of the bandaid makes it easy to find among the colorful murals making up the streets. Back on the list is Kis-Lev, with another iconic piece of street art located a few blocks away from his “27 Club.” The unnamed artwork features an elf (assumed to be Kis-lev due to his frequent use of the elf character) holding onto heart-shaped balloons, following the legs of another mysterious character. Broken down, this piece is a homage to Bansky as Kis-lev is often referred to as the “Israeli Banksy.” The heart balloons are a sign of his admiration for Banksy’s work as he is following the legs of one of Banksy’s most famous works, “Flying Balloon Girl” from 2005. Mia Schon is a Boston-born mosaic artist whose works can be found scattered around Israel. She often features powerful quotes, such as: “We were all once refugees,” and “I love you so much,” surrounded by colorful motifs. Mia has notably worked with the Israel-based humanitarian organization that helps children from low-income families afford critical medical procedures like the heart surgery. Originally from Haifa, Israel, the Broken Fingaz’s graffiti gang comprises four individuals: Deso, Kip, Tant, and Unga, who uses different styles to create detailed and multi-faceted works of art. Broken Fingaz has been credited as one of the first Israeli graffiti gangs, as well as helping to pioneer certain street art mediums such as silk printing. The group’s works have gained international notoriety, and they have recently done several gallery viewings in NYC, Berlin, and Mexico. #TAG (Hashtag) is an artist who uses wheat pastings of various classical art and pop culture collaboration photos. His works juxtapose the natural world (forests, humanity, emotion) with the unnatural world (iPhones, social media, COVID-19.) Hence, creating art with an eye-catching message. #TAG’s works both call out the viewers and warn them of the dangers of glorifying mass media. His wheat pastings can be seen throughout Tel Aviv.