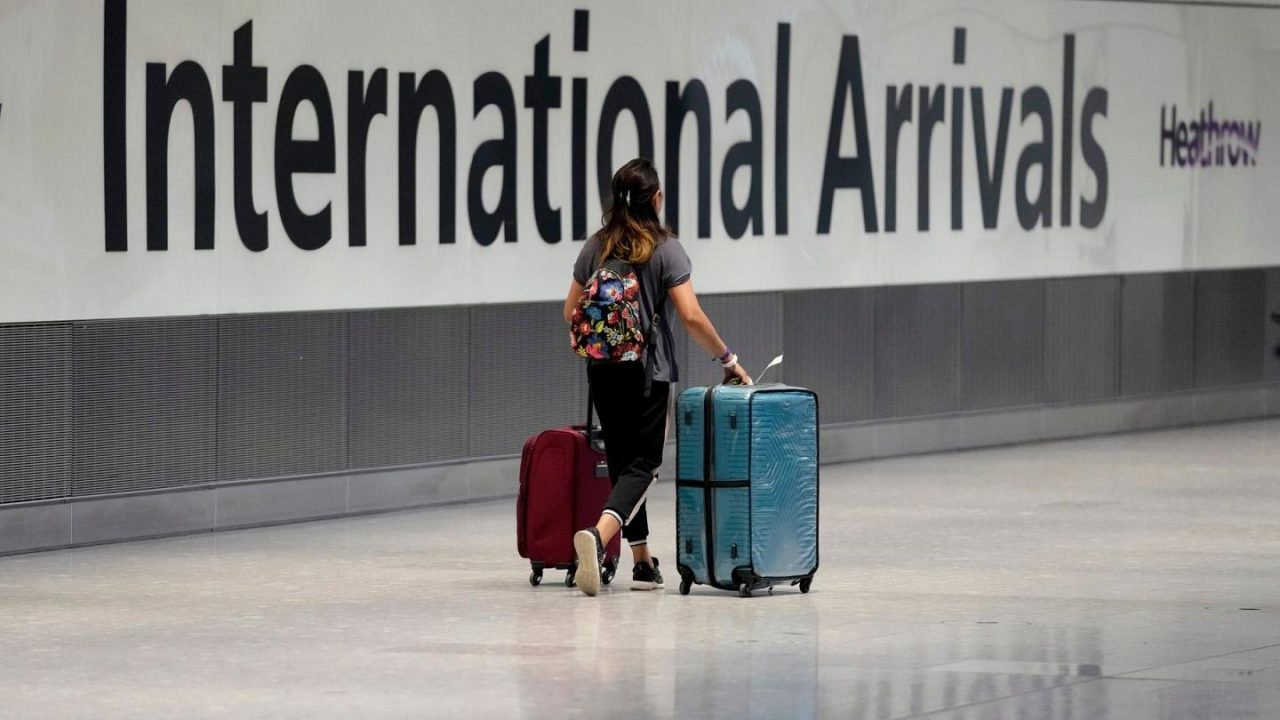 A new system based on the vaccination status of travellers rather than the Covid rating of the country they are visiting is under consideration.

Amber and green would disappear as separate categories, although red will continue with travellers still required to quarantine in hotels on return from high-risk destinations, The Daily Telegraph reported.

Double-jabbed holidaymakers can already travel to amber countries without having to quarantine on their return after the government dropped the requirement to self-isolate.

It means that for fully-vaccinated travellers, visiting amber or green countries is exactly the same, requiring only pre-departure tests and then a PCR test within two days of returning to the UK.

But it is unclear whether they would be required to continue to quarantine or face a more intensive testing regime on returning to the UK.

The rethink of the traffic light system has been triggered by a pledge by ministers to review it by October 1 when it was originally unveiled earlier this year.

It also coincides with the completion of the vaccination rollout, with all adults aged 18 and over offered both their jabs by the end of September.

A simplification to create a leaner high-risk and low-risk classification for countries would bring the UK more in line with other nations, and focus travel on the vaccination status of the holidaymaker.

But it is thought unlikely that the government will ditch costly PCR tests for all arrivals, although there is growing pressure to replace them with cheaper lateral flow tests.

A source briefed on the proposal told the newspaper: “It’s about whether you are vaccinated or not, rather than the country you are travelling to.

“What it means is that green and amber disappear and only vaccination status will count for where you travel. For a vaccinated person, just as now all countries apart from red are ‘green’.

“For an unvaccinated person, it means that your travel to a green country might be slightly more difficult. There’s a potential psychological boost in that a lot of people think travel to amber is risky whereas if it disappeared, people may be more willing to travel to X, Y or Z.

“It could also incentivise people to get vaccinated. There’s been a slowdown in the rate of vaccination, particularly among younger people and that’s a way to encourage take-up.”

British Airways chief executive yesterday reiterated industry arguments that the UK’s traffic light system for international travel is “not fit for purpose and must be simplified”.

Sean Doyle said rules relating to coronavirus testing and quarantine for arriving travellers must be made easier for passengers and airlines.

He said: “We had the traffic light system over the summer. There was some progress made, but I think it’s not fit for purpose. It needs to be simplified and adapted in the same way that we see in Europe and in the US.

“We’d encourage the government to look at seizing that opportunity in the next few weeks. Aviation needs the same crack of the whip economically as other sectors are getting domestically. We’re not at the minute under the current system.”

Paul Charles, chief executive of travel PR firm the PC Agency, tweeted: “The traffic light system is expected to be scrapped by 1stOct – at last. Airlines and many of us in the sector are aware of plans to create a simpler system, where countries are either red or not. This would be the US model in effect, which I’ve been calling for.

“Scrapping the traffic light system would be a relief to pretty well everyone and herald a ‘living with an endemic’ approach rather than blanket country measures.

“Would be a relief to countries in Africa, South America and Asia which don’t deserve to be red-listed.”

“Decisions on our traffic light system are kept under regular review and are informed by the latest risk assessment from the Joint Biosecurity Centre and wider public health factors. The next formal checkpoint review will take place by October 1, 2021.”