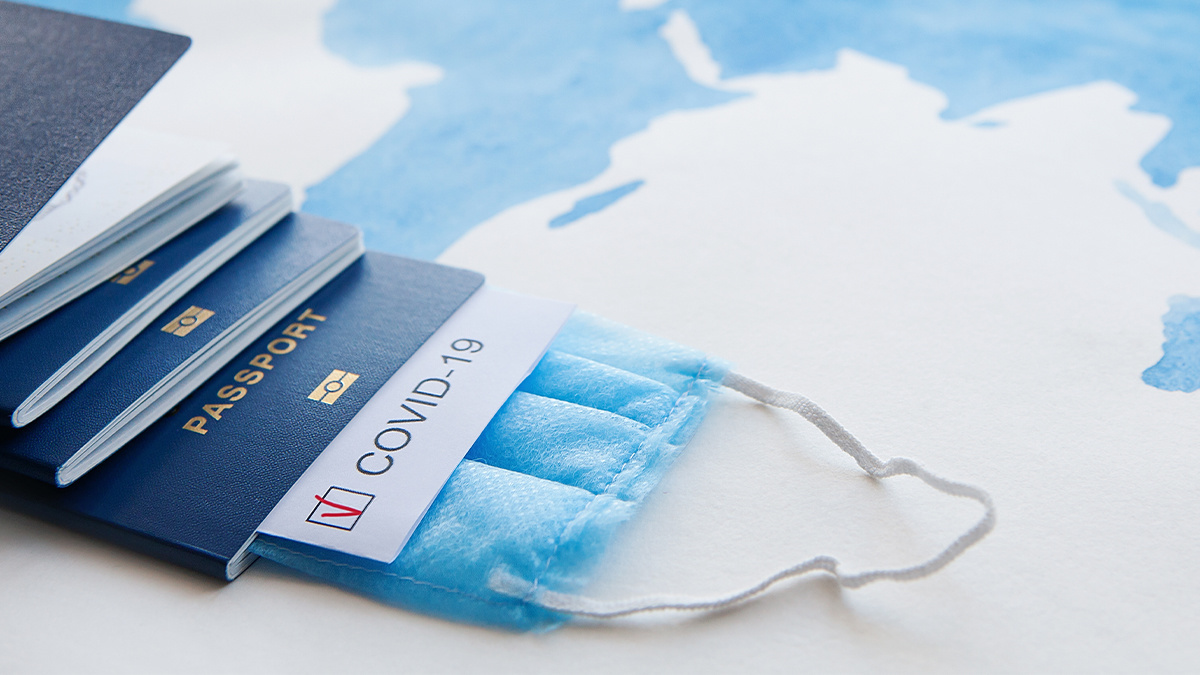 Brussels is yet to open discussions with the UK government on mutual recognition of vaccine passports this summer despite progress on transatlantic talks, according to reports.

A commission spokesperson told the Guardian that while discussions had been held with US officials and the secretary of homeland security, Alejandro Mayorkas, there were “no contacts at present with the UK”.

The government wants to allow some level foreign travel from May 17 and is considering introducing vaccine passports for British holidaymakers.

But the commission spokesperson said talks had not yet opened between Brussels and London on how to ensure mutual recognition of either side’s documents proving vaccination or a recent negative coronavirus test.

The developments came as the EU seeks to co-ordinate travel as vaccination rates rise, with a planned green pass certificate seen as the catalyst for relaxing restrictions.

A commission spokesman told the Financial Times that technical talks had started with the US about allowing vaccinated American travellers to participate in the EU-wide certification scheme.

European Commission president Ursula von der Leyen suggested in an interview with the New York Times that Americans who were fully vaccinated would be able to visit Europe, in what would be a change of policy on non-essential travel.

“The Americans, as far as I can see, use European Medicines Agency-approved vaccines,” she said. “This will enable free movement and travel to the European Union.

“Because one thing is clear: all 27 member states will accept, unconditionally, all those who are vaccinated with vaccines that are approved by EMA.”

However, von der Leyen did not offer a timeline on when exactly tourist travel might open up or details on how it would occur.

Technical discussions have been going on for several weeks between EU and US officials on how to practically and technologically make vaccine certificates from each place broadly readable so that citizens can use them to travel without restrictions.

The disclosure came as tourism ministers and travel industry leaders agreed that the need for close public and private collaboration would be key to the sector reviving the global economy.

They joined together at the World Travel & Tourism Council annual summit in Cancun to urge the public and private sectors to work together in partnership in post-pandemic recovery.

Among those participating were Greek tourism minister Harry Theocharis, who championed the public sector’s lead to provide a roadmap out of the Covid-19 crisis.

Kevin McAleenan, former US secretary of homeland security, said it was vital the international community laid down parameters and followed through at the government level, advocating a pragmatic risk-management approach to resuscitate international travel.

WTTC president and chief executive Gloria Guevara said on Monday: “The seriousness of the impact of Covid-19 cannot be overestimated. WTTC research shows this crisis has been 18 times worse than the 2008 financial crash.

“The debate today enabled leading ministers to share their thoughts about how the sector can tackle the pressing issues of how to save jobs, save businesses and save the global economy by safely reviving international travel.

“It was hugely encouraging to see there was common agreement by all those attending that collaboration and co-operation between the public and private sector would lead the way for revival of international travel.”