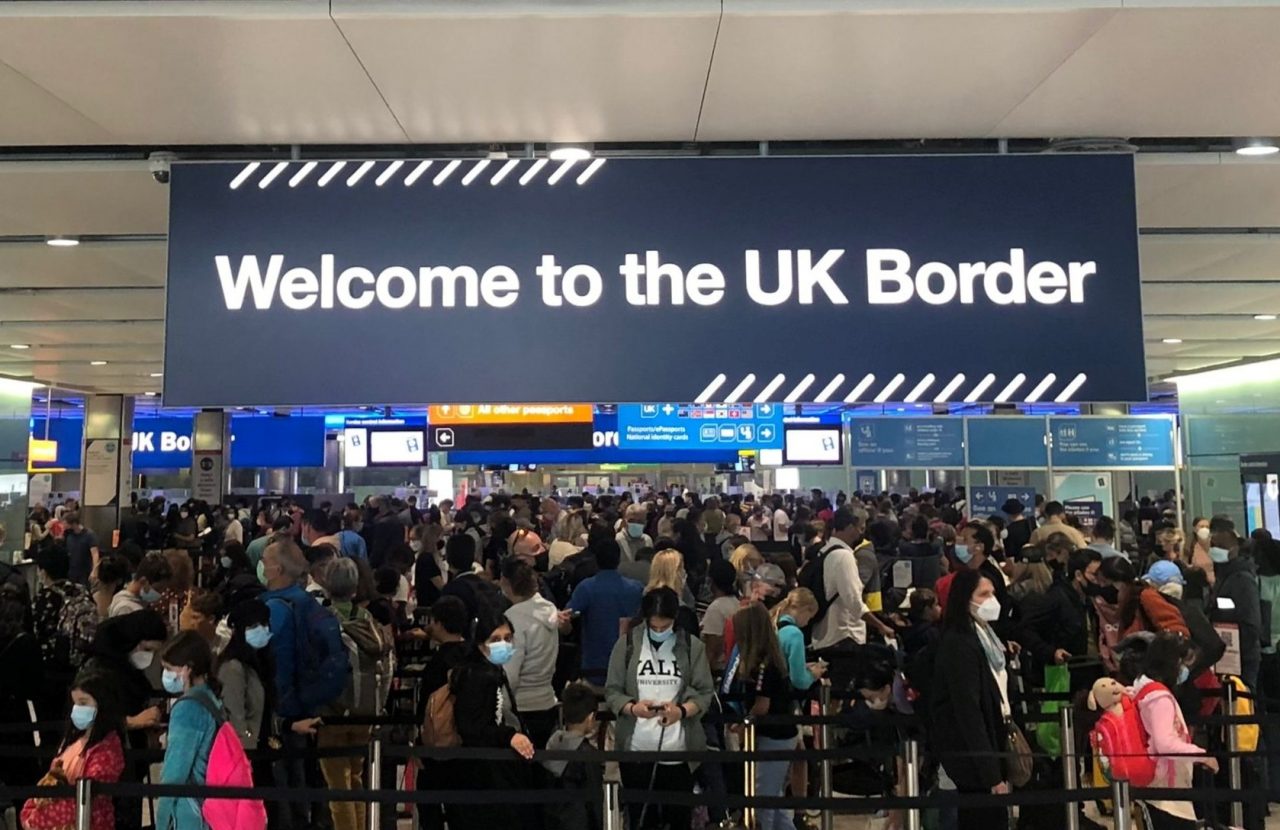 The Department for Transport has confirmed its new rules for international travel, with the traffic light system scrapped from October 4.

A red list of countries will remain in place with anywhere else considered green. The amber list is to go.

Eight countries are to be removed from the red list from 4am September 22, including Turkey – which has been tipped to be removed – and the Maldives.

The government has also reduced the testing burden on vaccinated arrivals into England.

From 4am on October 4, pre-departure tests will no longer be required for fully-vaccinated travellers arriving into England from non-red list countries.

From the end of October, the day 2 Covid test for fully-vaccinated international arrivals from “a select group of non-red countries” can be conducted with a lateral flow test – ending the requirement for PCR tests, which have been criticised as costly and not being used to track variants – which was the government’s original reason for insisting on them. While no date was set for this, the government says it is “aiming to have it in place for when people return from half-term breaks”.

Anyone testing positive will need to isolate and take a confirmatory PCR test, at no additional cost to the traveller, which would be genomically sequenced to help identify new variants.

Testing for unvaccinated passengers from non-red countries will include pre-departure tests, day 2 and day 8 PCR tests. Test to release remains an option to reduce self-isolation period.

The eight countries to be removed from the red list, are: Turkey, the Maldives, Egypt, Sri Lanka, Pakistan, Oman, Bangladesh and Kenya.

Additionally, from October 4, England will treat fully vaccinated travellers from 17 more countries, including Japan and Singapore, in the same way as fully-vaccinated UK travellers. This follows “the success of an existing pilot with the US and Europe”.

The update is the final checkpoint promised by the government’s Global Travel Taskforce. It had originally been due by October 1. But the government said it will further review the system “early in the new year” for spring and summer 2022.

From “late October”, the government will also be making changes to allow passengers who change flights or international trains during their journey to follow the measures associated to their country of departure, rather than countries they have transited through.

All passengers will still need to fill in a Passenger Locator Form ahead of travel. And passengers are still advised to check gov.uk travel guidance, including FCDO travel advice before, during and after travel for entry requirements and Covid restrictions in their destination.

Transport Secretary Grant Shapps said: “Today’s changes mean a simpler, more straightforward system. One with less testing and lower costs, allowing more people to travel, see loved ones or conduct business around the world while providing a boost for the travel industry.

“Public health has always been at the heart of our international travel policy and with over 44 million people fully vaccinated in the UK, we are now able to introduce a proportionate updated structure that reflects the new landscape.”

Health secretary Sajid Javid added: “We have simplified the travel rules to make them easier to understand and follow, opening up tourism and reducing the costs to go abroad.

“As global vaccination efforts continue to accelerate and more people gain protection from this dreadful disease, it is right that our rules and regulations keep pace.”

Henry Smith MP, chair of the All Party Parliamentary Group for the Future of Aviation, said: “These announcements are good news for our aviation, travel and tourism businesses who have been the hardest and longest hit by the pandemic.

“The reforms to the testing regime, which industry and parliamentarians have long called for are particularly welcome as it will remove a significant financial and bureaucratic burden that acted as a major disincentive to international travel.

“It is essential that the relaxation of Covid restrictions and reforms to testing mark the start of the recovery for our aviation, travel and tourism industries. After over eighteen months of historically low passenger numbers, these industries face a long journey to recovery and the Government must continue to work with them to agree a full package of recovery measures including continuing financial support where required.

“Today’s announcements ushers in the start of the long recovery of our aviation and travel sectors, but it essential that the Government work in partnership with industry to ensure that aviation can play its vital role in moving our whole economy forward.” previousAugust 2021: Greece Records Lowest Decrease in Flights in the EU