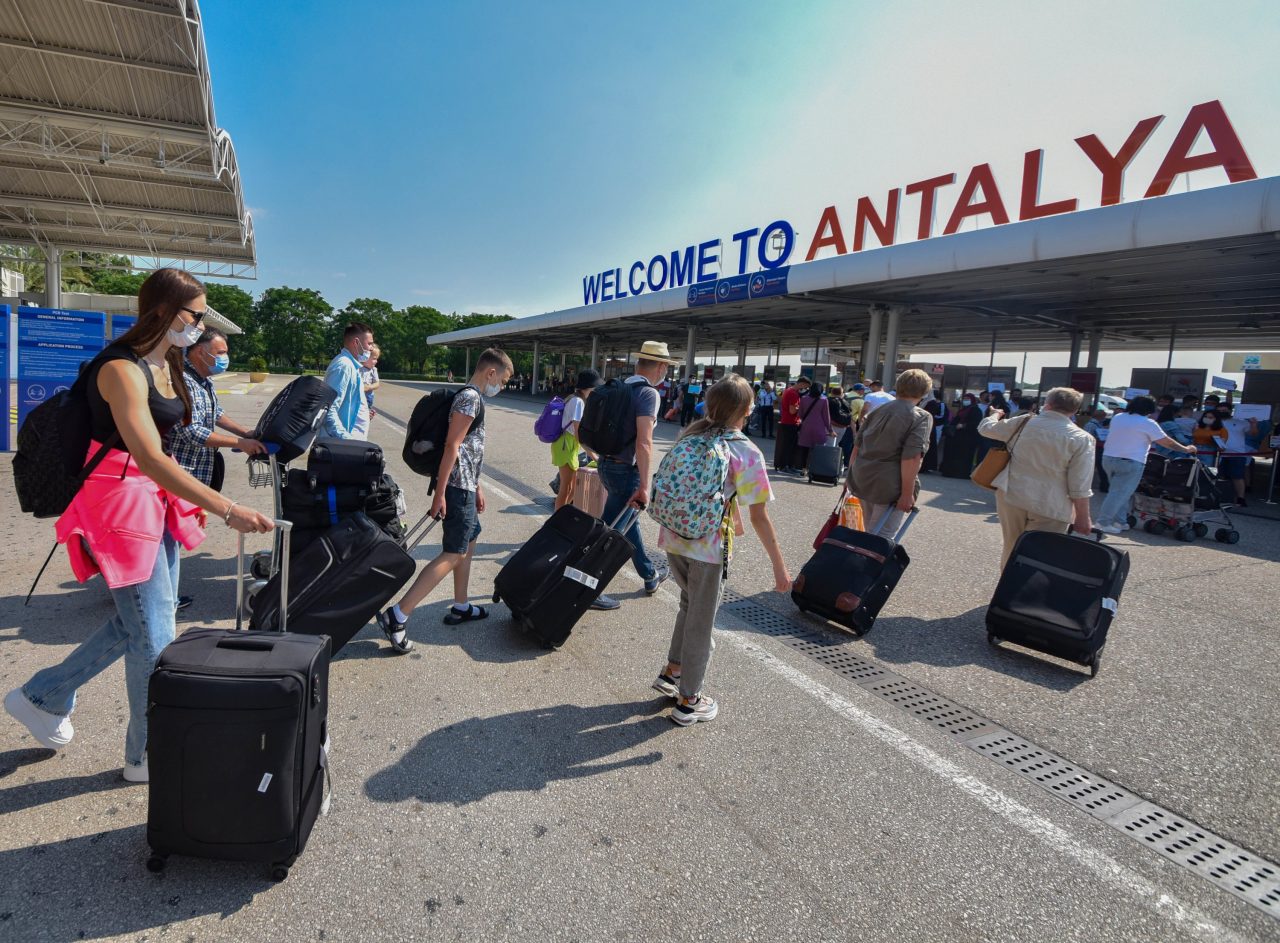 Still, Moscow’s invasion of Ukraine is expected to impact the arrivals from Turkey’s top tourist sources, just as the sector continued to recover from the impact of measures to combat the spread of COVID-19 since 2020.

The number of foreign visitors arriving in Turkey jumped over 151% from January through March from a year earlier to around 4.9 million, data showed Friday.

The figure well topped around 1.95 million arrivals in the January-March of last year and 4.24 million in 2020.

The arrivals still came in below 5.44 million foreign tourists who had arrived in the first quarter of 2019 prior to the outbreak of the pandemic.

Foreign arrivals in March leaped by 129.7% to nearly 2.1 million, the data showed.

Russians down, Ukrainians up

Tourists coming in from the U.K., another crucial market for Turkey, boomed by 947% on annual basis in March to 87,349.

Russian banks have been isolated from the global financial system after payment firms suspended their operations over Moscow’s invasion of Ukraine.

Yet, Treasury and Finance Minister Nureddin Nebati this week said holidaymakers arriving from Russia will not face difficulties in making payments in Turkey, as the Russian payment system continues to grow in the country.

Turkey is one of the few countries still operating direct flights with Russia.

Russians and Ukrainians were the country’s first and third biggest sources of visitors, respectively, in 2021. Russians accounted for 19% of foreign visitors, with 4.7 million people, while Ukraine was the third-largest at 8.3% with 2.1 million people.

Officials had hoped that with pandemic restrictions easing, tourism could replicate or exceed the numbers from 2019 when some 52 million visitors – including about 7 million Russians and 1.6 million Ukrainians – brought $34 billion (TL 504.83 billion) in revenue.

The number of foreign visitors soared 94.1% to 24.71 million and revenues doubled to almost $25 billion last year when COVID-19 measures were eased compared to 2020.

Nebati said he believed Turkey will exceed its target of 45 million tourists and $35 billion in tourism income this year.

Some 76.5% of this income, excluding GSM roaming and marina service expenditures, was obtained from foreign visitors and 23.5% came from the Turkish citizens resident abroad, it said in a statement.

In this quarter, foreign visitors visited Turkey mostly for “travel, entertainment, sportive and cultural activities” with 52.1%.

Tourism expenditure also increased by 181.3% compared to the same quarter of last year and reached $665 million.

The number of Turkish citizens who visited abroad increased by 269.6% to 1.03 million during the same period with an average expenditure was $640 per capita.

nextGreece confirms easing of entry restrictions from May 1