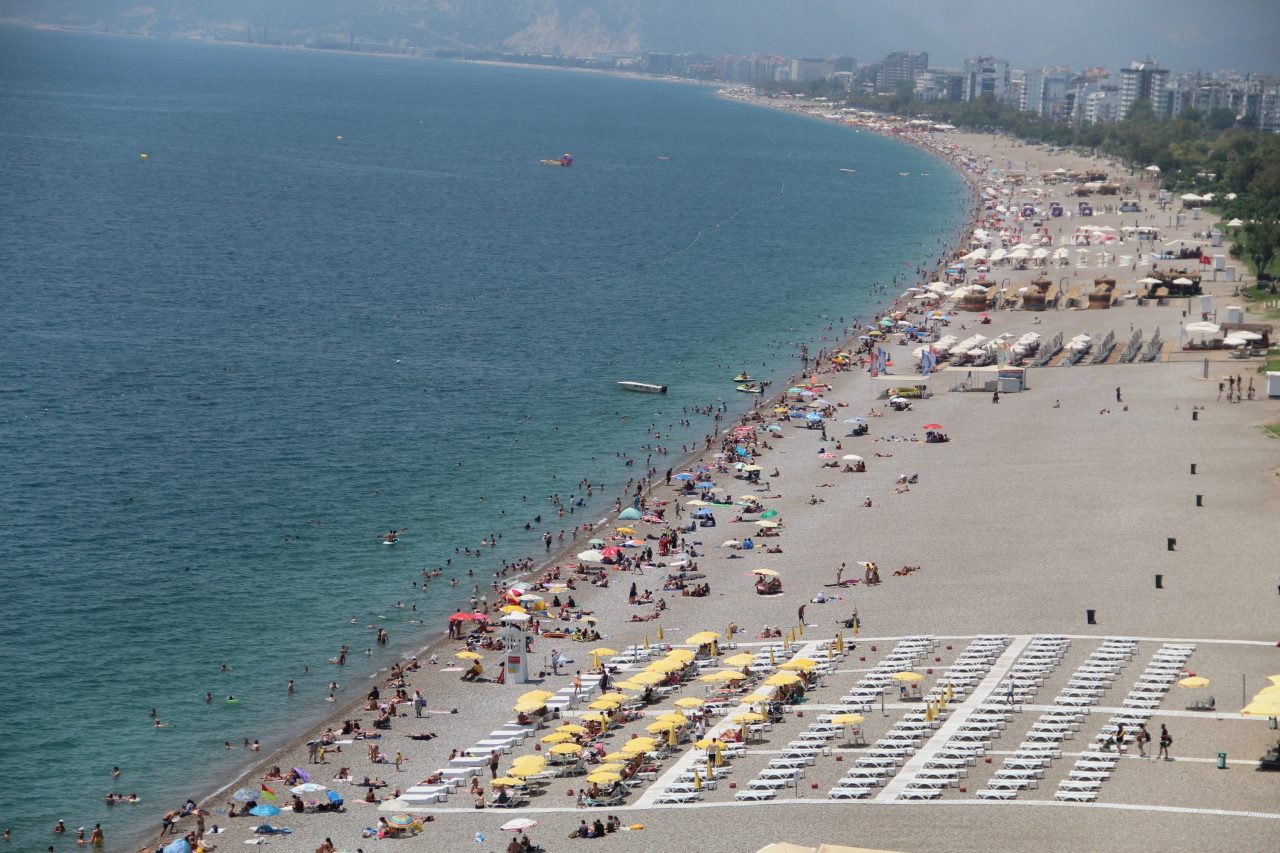 Some 7.7 million tourists came to Turkey’s Mediterranean touristic hot spot of Antalya by air between Jan. 1 and Aug. 5, according to data released by the city’s governorate.

The number of foreign tourists coming to the city, where healthy and safe tourism services are offered with the Safe Tourism Certificate, increased by 91% in this period, compared to the same period of the previous year, the statement noted.

In the same period of 2021, the number of tourists coming to the city via air transportation was 3.7 million.

While the number of tourists who entered Antalya by air in the first five days of August last year was 311,089 it was 388,431 in the same period of this year.

Commenting on the high tourist flow to the city, tourism professionals stated that especially in five-star and “deluxe” hotels, the reservations for August are completely full, and the occupancy continues until mid-September, making it very difficult to find a place.

Tour operator owner Recep Yavuz, who conducted research on the tourism activity in the city by interviewing more than 50 hotels, told Turkish daily Sabah that daily entries in Antalya amounted to 80,000-90,000 people.

Explaining that many hotels are trying to direct those who cannot find a place in Antalya to alternative destinations, Yavuz said: “Antalya hotels are currently experiencing the density that occurred in 2019.”

He explained that some tourists who came to Antalya were transferred to other places because there was no free accommodation left, Yavuz said, “It looks like Antalya will experience one of its best seasons this year.”

Ismail Çağlar, a general manager of a five-star hotel, also stated that their hotels are completely full until mid-September.

previousGreece Travel Αrrivals Reach One Million Per Week In August