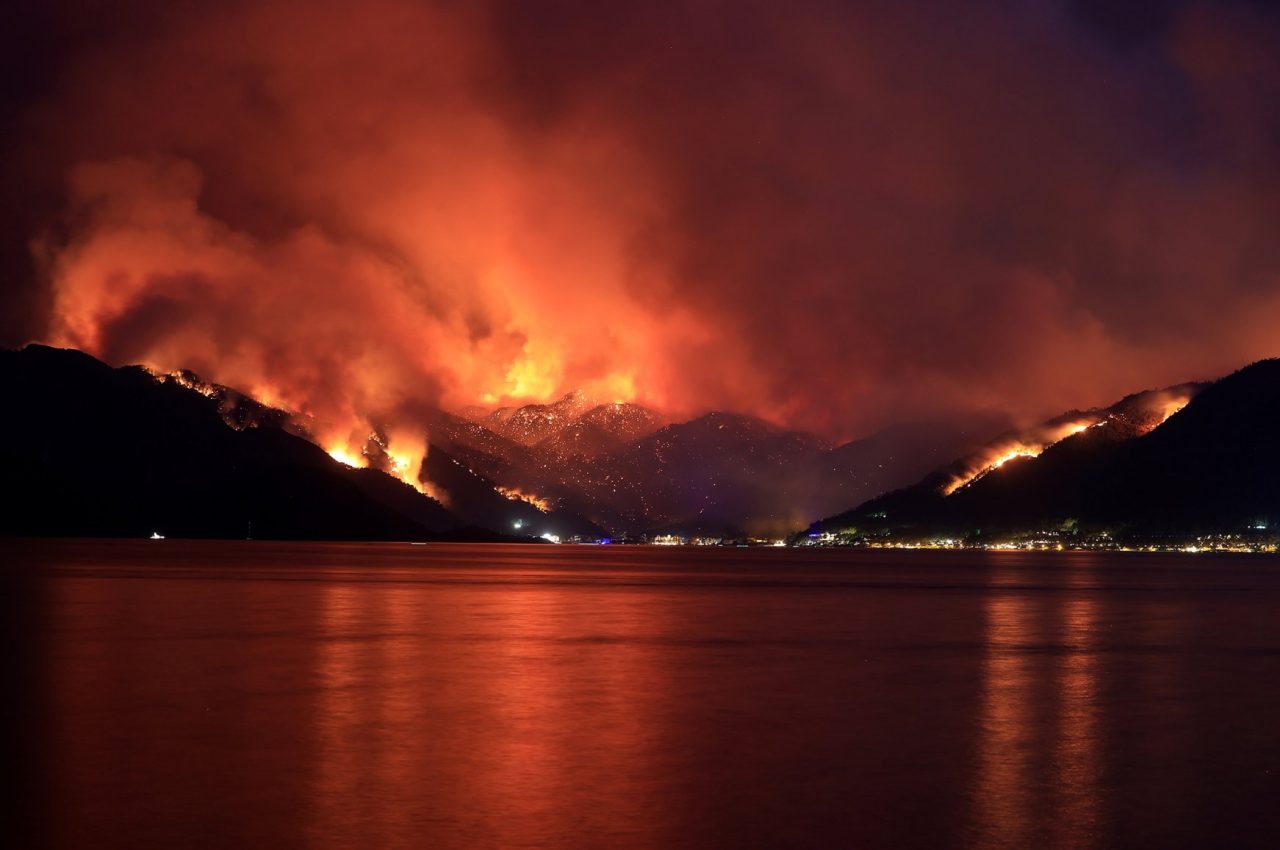 Raging wildfires threatening hotels and homes have forced the evacuation of tourists from beaches in the Marmaris region of Turkey.

Firefighters have been battling to control dozens of blazes resulting in holidaymakers in Bodrum having to escape from hotels.

Turkish Coastguard vessels – assisted by private boats and yachts – were deployed to rescue tourists to safety.

The fires, which have been burning since Wednesday, have left at least six people dead.

Thousands of people have been battling almost 100 separate blazes in resorts and villages on Turkey’s Mediterranean and Aegean coasts.

Officials say all but ten of the fires have now been brought under control.

Turkish president Recep Tayyip Erdogan visited the town of Manavgat, south of Antalya, were five fire-related deaths have been confirmed.

Fires were still burning in Bodrum into the early hours of Sunday morning.