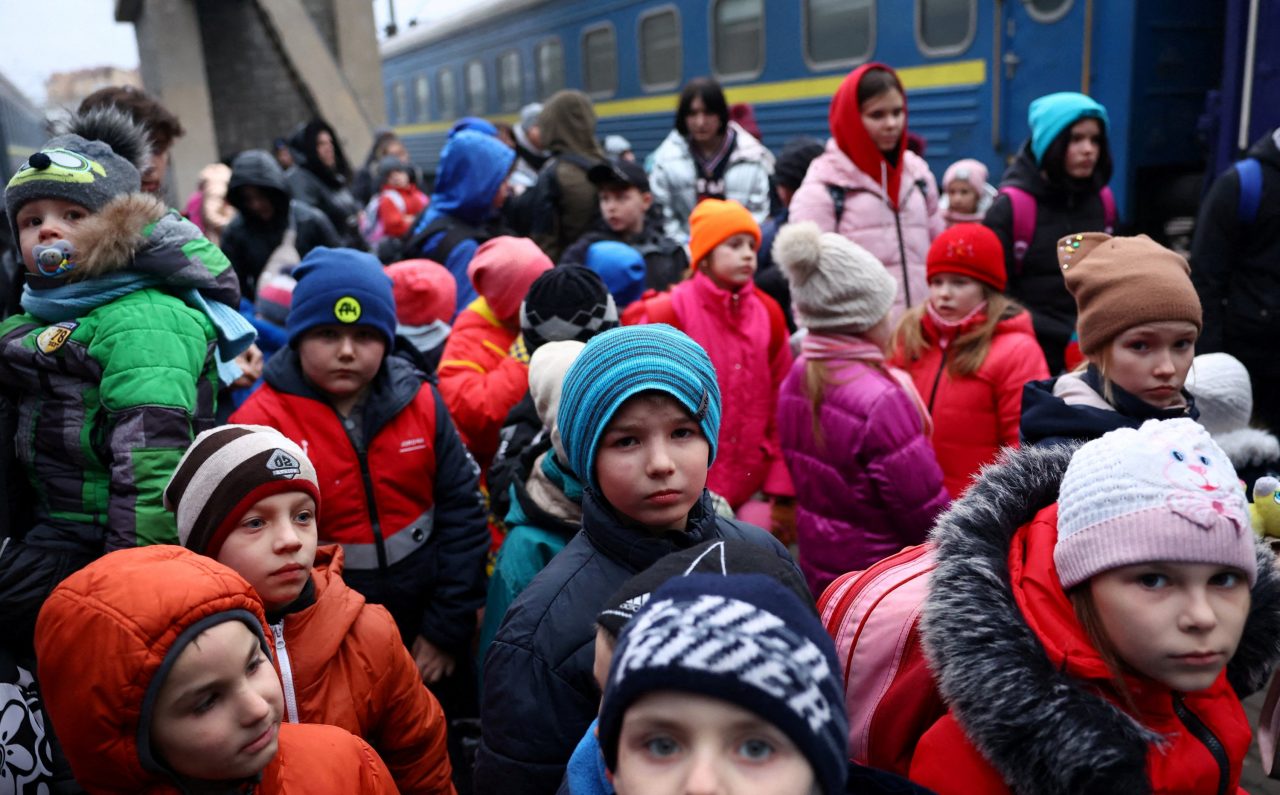 More than 200 children evacuated from an orphanage in Ukraine’s conflict zone amid Russian attacks arrived in the western city of Lviv on Saturday after a 24-hour train journey with their caretakers.

The 215 children, ranging from toddlers to teenagers, left their orphanage in Zaporizhzhia, in southeast Ukraine, on the day Russian troops attacked a nearby nuclear power station.

“My heart is being torn apart,” said Olha Kucher, director of the Zaporizhzhia Central Christian Orphanage. Then she started sobbing. “I’m sorry … I simply lack words. And I feel so sorry for these children. They’re so young.”

As night fell and the temperature plunged, the children waited patiently on a platform at Lviv train station, the older ones looking after the younger, while orphanage staff carefully counted them all.

The very young clutched cuddly toys. None of the children cried or complained.

Vladimir Kovtun, 16, said he felt safe now. “It is terrifying to stay in Zaporizhzhia when air raid sirens go off and we must constantly hide in the basement.”

Wide-eyed and hand in hand, the children were led through a ticket hall mobbed with other Ukrainians. More than 65,000 refugees passed through the station on Friday alone, according to Lviv Mayor Andriy Sadovy.

Then, as snow began to fall, the children boarded a fleet of buses bound for their new home in neighboring Poland.

It would be several hours before they crossed the border. For Kucher, the orphanage director, the prospect of safety for her children after so fraught a journey unleashed a mix of emotions: sadness, relief and rage.

“We don’t want to leave Ukraine – we love it,” she said. “But unfortunately we must leave.”

As the last of the children climbed on the buses, Kucher added: “Putin is simply killing people … I don’t understand why the Russian people can’t believe that we’re being bombarded – that we and our children are being killed.”