The Station is a weekly newsletter dedicated to all things transportation. Sign up here — just click The Station — to receive it every weekend in your inbox.

Hi friends and new readers, welcome back to The Station, a newsletter dedicated to all the present and future ways people and packages move from Point A to Point B.

Email me at kirsten.korosec@techcrunch.com to share thoughts, criticisms, offer up opinions or tips. You can also send a direct message to me at Twitter — @kirstenkorosec.

Revel said it is building a DC fast-charging station for electric vehicles in New York City, the first in a new business venture that will eventually spread to other cities. The company said this new “Superhub,” which is located at the former Pfizer building in Brooklyn, will contain 30 chargers and be open to the public 24 hours a day. This will be the first in a network of Superhubs opened by Revel across New York City, the company said.

Revel didn’t build the EV charging infrastructure in-house. Instead, it is using Tritium’s new RTM75 model for the first 10 chargers at its Brooklyn site, which will go live this spring. These chargers are designed to deliver 100 additional miles of charge to an electric vehicle in about 20 minutes, according to Revel. 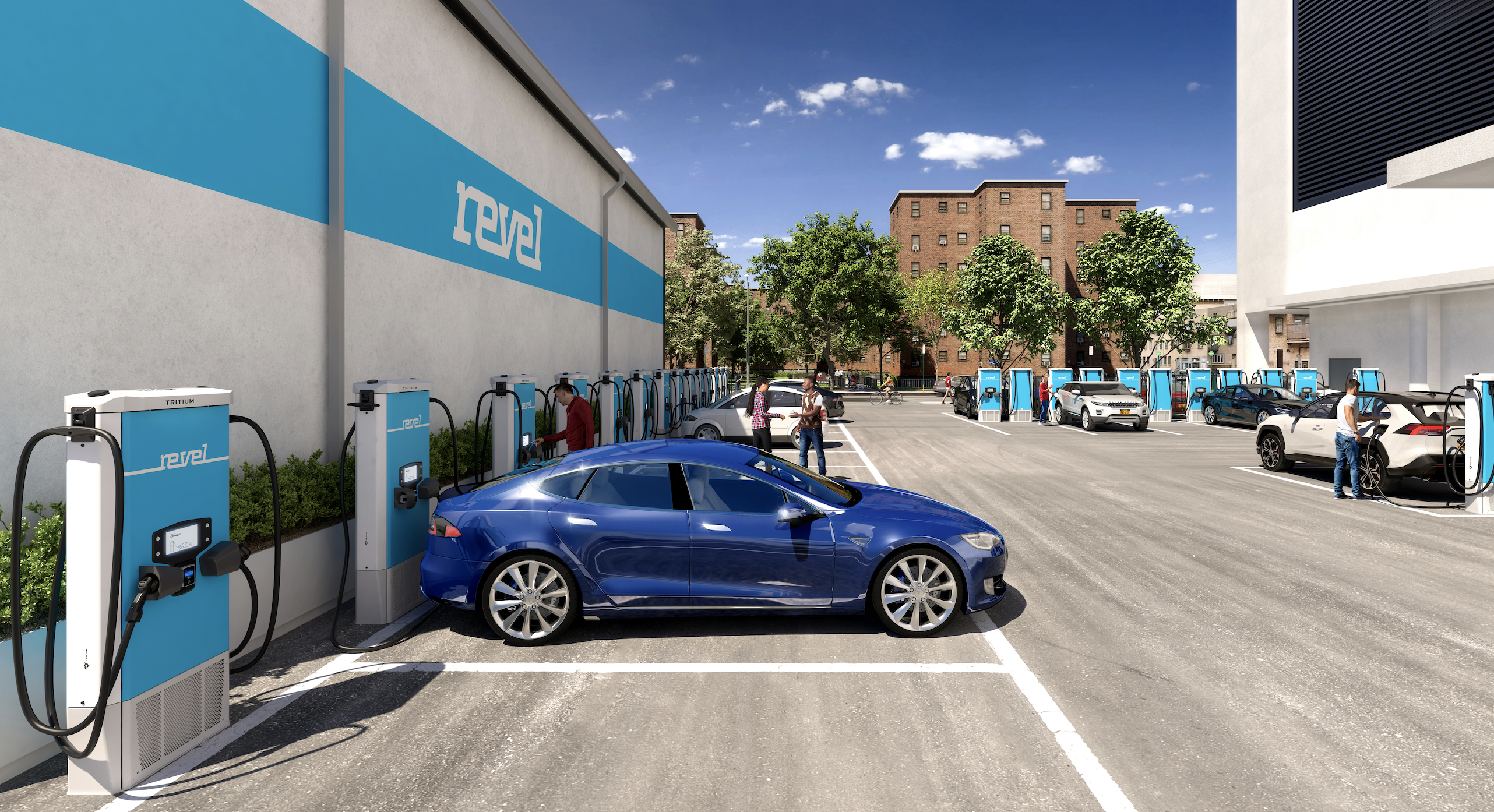 Deal of the week

Uber announced plans to acquire alcohol delivery service Drizly in a stock-and-cash deal valued at $1.1 billion deal — cementing a strategy that started more than a year ago. The upshot: Uber is betting that its delivery and ride-hailing businesses will provide the fastest path to profitability.

Drizly’s marketplace will be eventually folded into the Uber Eats app. For now, Drizly will maintain the standalone app. The acquisition of Drizly is expected to close in the first half of the year.

For those who don’t follow Uber’s every move, here’s a quick recap. Since early 2020, Uber has offloaded most of its businesses, including shared scooter and bike unit Jump, self-driving subsidiary Uber Advanced Technologies Group and the air taxi moonshot Uber Elevate. It also sold a $500 million stake in its Uber Freight spinoff. Meanwhile, it acquired on-demand delivery app Postmates and now Drizly.

While $150 million is hardly the biggest raise in transportation, it’s one of the larger ones in the world of electric bikes. The size of round — and the institutions involved — suggests investors see room from growth in the ebike industry and believe in Rad Power’s business model and its ability to expand beyond the $100 million in sales it generated in 2019. Rad Power Bikes declined to disclose its 2020 sales numbers.

Rad Power is a direct-to-consumer electric bike seller known for creating robust products that combine features like fat tires, big batteries and motors with touchscreens, and even cargo carrying capacity — all at prices hundreds of dollars below its competitors.

The company’s founder and CEO Mike Radenbaugh told me that the funds will be used to double its 325-person workforce, increase the number of retail showrooms and service locations, continue to bring on more contract manufacturers to diversify its supply chain and add more accessories so consumers and customize their bikes.

Other deals that got my attention …

Bear Flag Robotics, the Silicon Valley-based startup that is developing autonomous technology for farm tractors, announced last month a $7.9 million seed extension funding round led by True Ventures. (I missed this one last week). The funding comes two years after it raised a $4.6 million seed round also led by True Ventures. Graphene Ventures, AgFunder, D20 and Green Cow VC also participated in the round.

Hip, the mobile app startup that connects riders to buses and shuttles, raised $12 million. The company was a consumer-facing business, but has changed its business model to focus on helping employers prepare for, and start to bring their workers back to the office or factory.

Otonomo, the cloud-based software startup that helps companies capture and monetize connected car data, agreed to merge with special purpose acquisition company Software Acquisition Group Inc. II with a valuation of $1.4 billion. The prospectus filed by the Otonomo shows it generated $400,000 in revenue in 2020 with a total operating expenditure of $10 million. Otonomo said it expects to have a negative gross profit through 2021. The company said it expects to be EBITDA positive by 2024.

REE Automotive has reached merger agreement with special purpose acquisition corporation 10X Capital Venture Acquisition Corp. The combined company, which will be listed on the NASDAQ under the new ticker symbol “REE,” will have an equity valuation of $3.6 billion. The startup has developed flat and modular EV platforms with fully autonomous-ready independent drive-by-wire, brake-by-wire and steer-by-wire technology for each wheel.

The company said it raised $300 million in private investment in public equity, or PIPE, from investors including Koch Strategic Platforms and Mahindra & Mahindra and Magna International.
The transaction is expected to provide more than $500 million of gross proceeds to the company.

Urban SDK, a connected mobility and safety analytics platform, raised $1.66 million in a funding round led by the Florida Opportunity Fund and matched by DeepWork Capital, a venture capital firm investing in early-stage companies in Florida.

Wheels Up, the private jet subscription service, announced plans to go public through a merger with special purpose acquisition company Aspirational Consumer Lifestyle Corp. The deal, which is expected to close in the second quarter, would give Wheels Up a valuation of more than $2 billion — more than twice its 2019 value.

Ford said this week it will spend $22 billion on electrification — double its previous commitment — and invest $7 billion on autonomous vehicles through 2025. It should be noted that $2 billion of that AV budget has already been spent, leaving $5 billion left to invest over the next four years.

“We are accelerating all our plans — breaking constraints, increasing battery capacity, improving costs and getting more electric vehicles into our product cycle plan,” Ford CEO Jim Farley said. “People are responding to what Ford is doing today, not someday.”

The announcement comes at the beginning of a critical two-year period for Ford and on the heels of a fourth quarter that delivered a $2.8 billion loss. The automaker will ramp up deliveries of its all-electric Mustang Mach-E vehicle and the Bronco Sport (which is not an EV). The first electric E-Transit commercial vans will come off the line in late 2021. Meanwhile, development continues on an all-electric F-150 pickup that is coming in mid- 2022.

And don’t forget that Ford is also planning to use Google’s Android Automotive operating system in new vehicles, beginning in 2023 as part of a six-year partnership announced February 1 that will bring embedded Google apps and services to drivers.

Ford’s announcement comes a week after GM said it aspired to produce only electric vehicles by 2035.